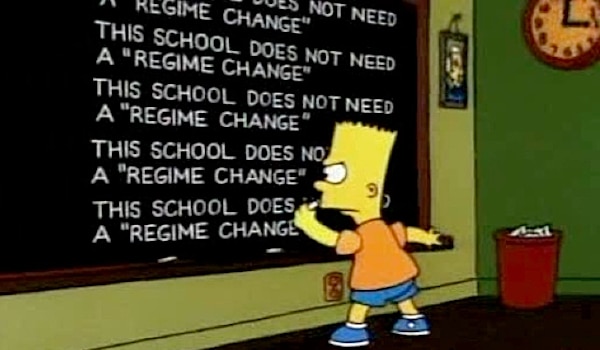 OK, a long-form post from ThreadReader rolled-up from tweets made by MartyrMade. (He has other rolled-up threads here).  So here it is in full. It did resonate with me and I think with many others.

Historian and Podcaster Darrel Cooper is about to get a lot of attention from the left, and bless him for it. In a series of tweets read on air by Tucker Carlson (below), he succinctly itemizes why Trump supporters have no reason to believe anything the Establishment or their media tells them about anything, especially …

Rigged! – “Why So Many Trump Supporters Have Questions About The 2020 Election… Read More »

Hats off to Matt Margolis at PJ Media from whose text I lifted my headline because it says it all. Yesterday we reminded you that WashPO made up the story about President Trump pressuring the Michigan Secretary of State. The same is true for the Georgia story.

Biden isn’t even inaugurated yet, but the left is already attempting the complete destruction of First Amendment rights. Dissent comes from free speech and leftists allow only submission and compliance.

FOUR YEARS! At each and every turn they made that clear that Trump was an illegitimate President. But when the rubber hit the road, none of the progenitors’ “witness” would confess to having anything truthful (threats of perjury do that to older folks, knowing they may not get out of prison alive).

Collusion, you say?  We’ve heard nothing BUT collusion for four years, ending up with NOTHING.  What we are seeing today is the REAL collusion that the Left has been projecting onto us for years – being done by them. OKAY, I’M SICK AND TIRED OF THIS AND I WANT TO CALL IT OUT RIGHT NOW: …

Notable Quote – I’m mad as hell and YOU shouldn’t be taking it anymore!!!! Read More »

Thanks to Joe Biden, ‘Point Man’ is now synonymous with self-enrichment, or enriching your family. And while the corruption should concern us as Tuesday’s Election looms, consider something more basic. Joe and his family invested in foreign energy and jobs while promising to kill ours.

Democrats are losing collusion narratives faster than the COVID-Economy is losing jobs. The Flynn case did not just collapse it exposed epic-level malfeasance by high ranking members of the FBI. A slippery slope sliding directly toward Lord-God Barak Obama. So, is this new revelation worse?

The Mueller investigation was not an investigation. It was a taxpayer-funded anti-Trump media headline factory. Which, in the course of its duties, said or made up a lot of stuff that is now being challenged as illegal behavior. In other words, Team Mueller and the FBI lied, and someone thinks they should pay.

The Trump campaign is suing the New York Times and editor Max Frankel for libel. That’s a tough sell for any politician. But Trump may have a case. The Times published a report stating that Trump had help from Russia to beat Hillary in 2016.