In a recent Quick Takes post I had, as the third item, three Bill Whittle videos all about conformity and brainwashing and how we often subsume our own independence to “go along to get along” with the crowd.

The Asche experiments figure highly in this, as Bill notes.  I said I’d circle back to it and here I am… 🙂

Fooling people requires strict and stringent control of the information flow.  Citing Rules 1 – 3 (and thanks to Mike Remski’s comment to help me with Rule 3):

Rule 1: It doesn’t matter what’s true, it’s what you can get people to believe.

(Let’s see how Rule 3’s rewording sits with the readers.) 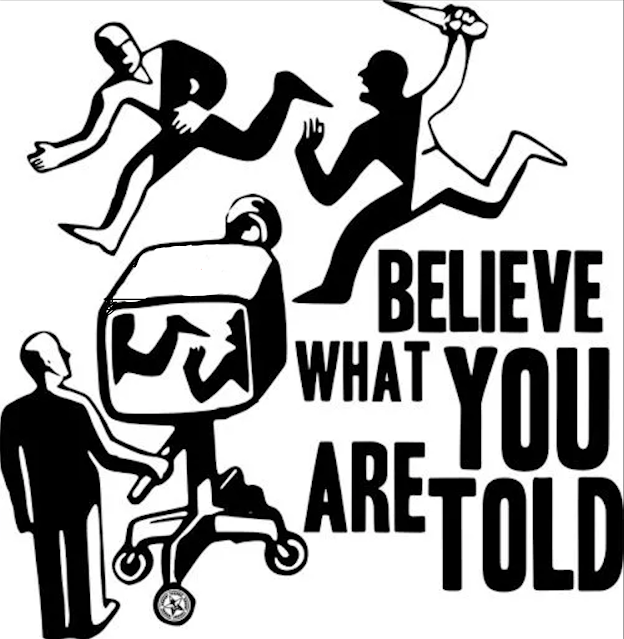 Anyone with three brain cells that talk with each other understands that the “mainstream media” is firmly in the enemy camp.  The same with the schools – with the “1619 Project” and CRT and BLM, and in general being woke, they’re poisoning our kids’ minds.  Big Tech is Leftist up to its eyeballs, censoring and filtering and banning – whether shadow or outright – anyone who strays from the groupthink Narrative.  I.e., what the globalists want you to think.

I’d noticed for quite some time, and posted on the Grok, my email bouncing from gmail accounts.  I have resolved this by removing a link from my email signature – specifically, the Judaica Web Store – which was there trying to drive commerce to Israel.  But despite multiple inquiries and searches I never heard why a link to an online store was so offensive… unless it’s because it’s to Israel, which the Left hates.

But more broadly, I’ve found messages and emails sent to people with Right-leaning content undelivered, and only know this to be true by actually calling them and asking them if they’d seen the text or email I’d sent this morning.  “No…”  Most especially if you have one of the “free” emails like g or y, odds are strong you’re not getting everything.  And once I’ve pointed it out they’ve started to call me to check as well.  Most gets through, but… a smattering don’t.  Not just to my spam folder, but literally deep-sixed.

Silencing, outright lying, and smearing are all required to prevent truth to spread.  If one is alone, like in being gaslighted or the Asche experiments, one questions one’s own judgment, perception, and even sanity.  Hence the derogatory terms like racist or anti-vaxer or conspiracy theorist.  Using such terms eliminates the need to actually address the points made and, in parallel, sow distrust on anything the person says – evah.  So now, preparing for the next section, consider this woman afflicted with side effects post-Jab seeking to learn if anyone’s had similar issues after their Jab. 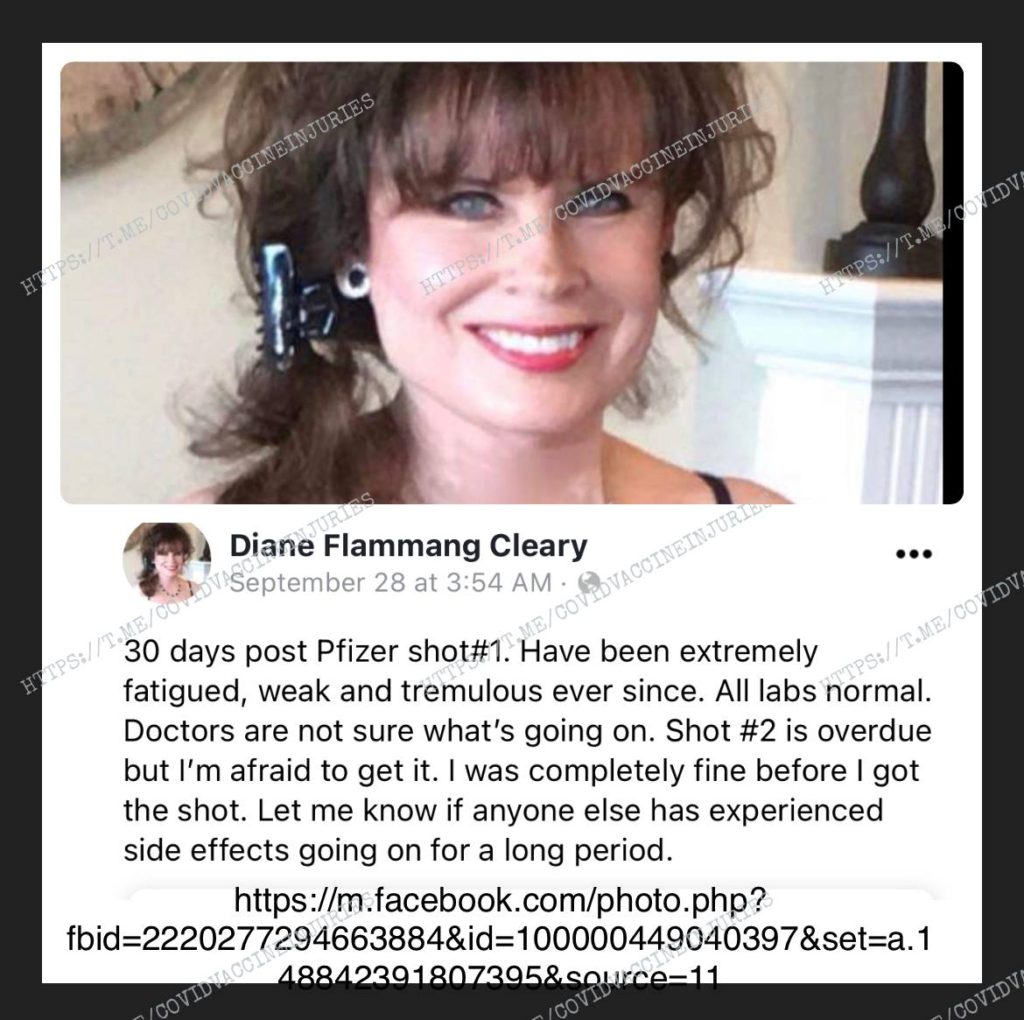 Here she is, completely alone and isolated, not knowing if what she’s experiencing has happened to others.  I can only wonder at her horror when she finds out.  For two great Telegram channels on Jab side effects, I recommend:

Worse than the disease

There are many more, of course.  Spread this video around… HT Liberty’s Torch:

The Victims of the COVID Vaccines

The testimonies project – the movie

In this collection, and other similar ones I’ve seen, there are people collapsed at Jab centers being cared for by EMTs in full view of everyone… and the sheeple just sit and stare and continue to wait their turn.  At some point, you have to write such persons off.  They cannot be saved.

The concept of a preference cascade is simple (bolding added):

Such regimes have little legitimacy, but they spend a lot of effort making sure that citizens don’t realize the extent to which their fellow-citizens dislike the regime. If the secret police and the censors are doing their job, 99% of the populace can hate the regime and be ready to revolt against it – but no revolt will occur because no one realizes that everyone else feels the same way.

This works until something breaks the spell, and the discontented realize that their feelings are widely shared, at which point the collapse of the regime may seem very sudden to outside observers – or even to the citizens themselves. Claims after the fact that many people who seemed like loyal apparatchiks really loathed the regime are often self-serving, of course. But they’re also often true: Even if one loathes the regime, few people have the force of will to stage one-man revolutions, and when preferences are sufficiently falsified, each dissident may feel that he or she is the only one, or at least part of a minority too small to make any difference.

So this ties in with Asche and others, to wit the fact that only when we are isolated do we not see the bigger skein of things.  When we believe we are alone in our views, surrounded by those who believe in groupthink uniformity differently than we do, we question our own sanity.  But as Asche’s experiments noted, once one person stands and is noticed that spell is broken.  One leads to another, and another, and another… 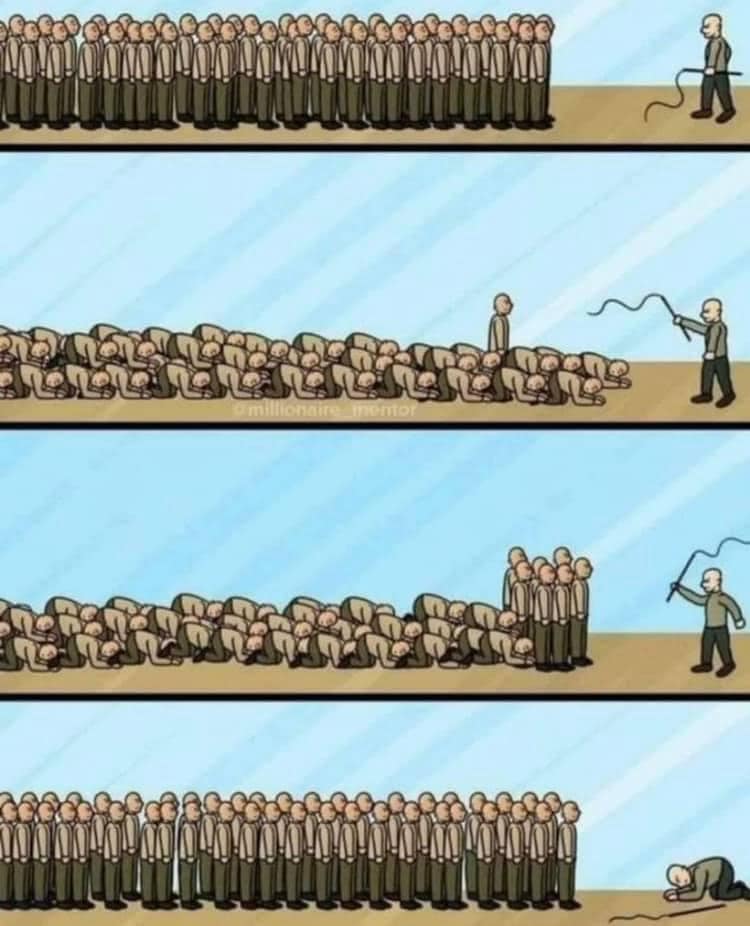 I was just at a store waiting for service and mentioned Covid and kids.  The person with whom I spoke was already somewhat aware, but was astonished when I rattled off statistics like the Johns Hopkins study, the BBC-reported UK study, a Lancet piece, and other information.  I have mentioned red blood cell stacking post-Jab and recommended videos like this one, and another – people look, and are holy sh*t!  They have the same reaction when I tell them the makers are 100% immune from lawsuits.

I have told multiple people about the Grok (surprising how many Right-leaning, or at least intellectually curious, people I’ve met in meatspace who don’t know about it!), to Surak, to PJ Media, American Thinker, Newsbusters, Legal Insurrection, Pamela Geller, FrontpageMag, Bill Whittle, Patriot Post, Instapundit, and myriad others.  (My old blog may be blank but I have an enormous number of links still active on my blogroll on the left side!) 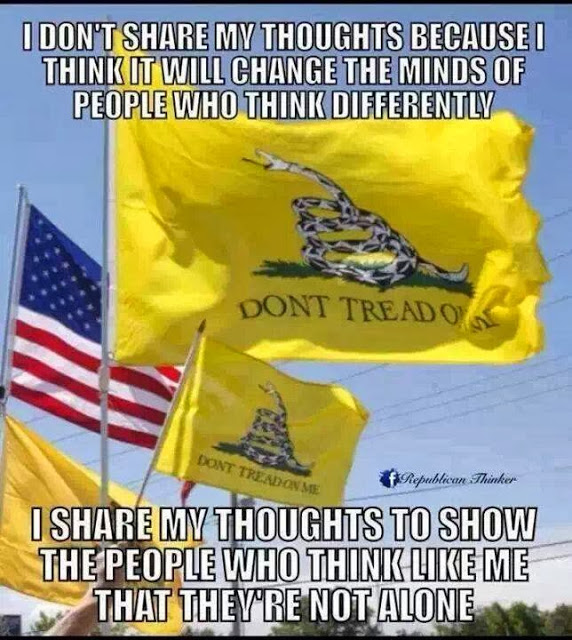 We must hang together, gentlemen…else, we shall most assuredly hang separately.