Hey, Derry Dems If You "Knock Out" the "R-Backed Candidate" in a Republican Primary...Who is the D-Backed Candidate? - (Hint: It's Neil Wetherbee) - Granite Grok
Skip to content

If you are still not convinced that Neil Wetherbee is a fake republican, perhaps this will help. Derry Democrats, many of whom allegedly switched from Dem to Independent to vote in that Republican primary, are talking about that primary as if they have a horse in the race.

Remember. This is a Republican primary they are talking about. There is no Democrat primary in October. They have one candidate. And the Special Election to fill this vacated R+4 State House seat is in December. 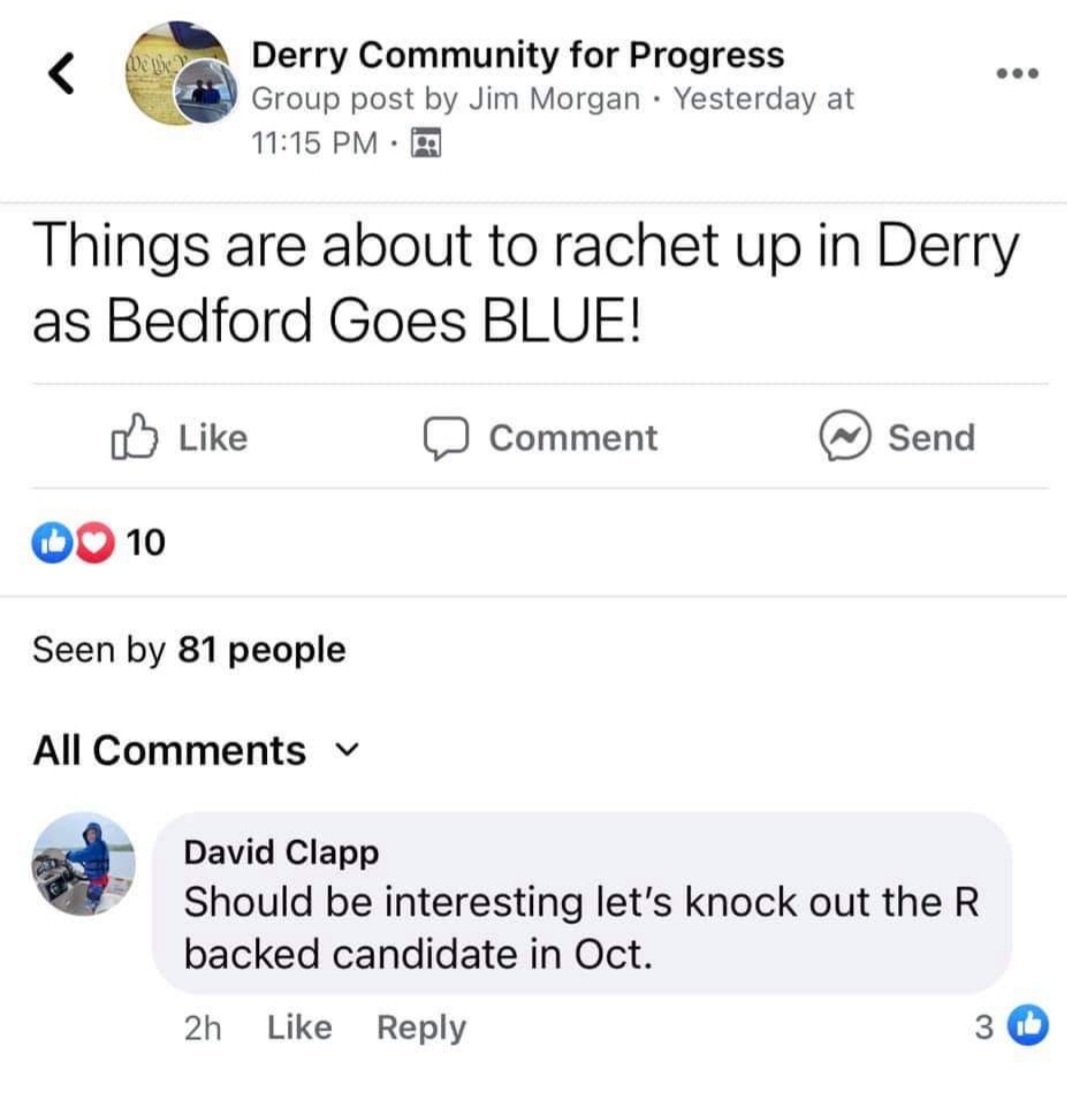 Progressives (Democrats) are going to knock the R-backed candidate out of the Republican primary. That would leave who, I wonder? No, I don’t.

Fake Republican Neil Wetherbee is a Democrat running because, and I quote,

“…you can count on me to uphold REASONABLE Republican ideals. And if you’re a fiscally conservative independent disenfranchised with radicals masquerading as Republicans and self-serving politicians bowing to party politics at the expense of our local community, I’m your candidate!”

Neil supported Bernie Sanders in 2016 and Pete Buttigieg in 2020. He is not a RINO. He IS a self-serving radical…Democrat! who registered as a republican to steal a house seat in a Republican-leaning district.

Wake up, Derry. There are currently three names on the Republican primary ballot.

It would help if you got behind an actual Republican candidate, which means one of the other two should endorse the other and make this a two-person primary.

The only other choice is for Republicans to turn out big (which would be rare for a special election primary) and for not one of them to pick Wetherbee.

David Clapp, by the way, is not some rando. He’s on the town’s planning commission and has run for the school board. He knows who Neil Wetherbee is. And he’s part of the plan to tilt the election so that in December, no matter which party wins if Neil is the “republican,” they will have elected a Democrat in an R+4 district.

And the rumor is true. A number of Derry Democrats have changed party affiliation for the special-election primary (from Democrat to Independent) so they can vote for Democrat Neil Wetherbee in a Republican Primary and knock out the R-backed candidate.

Are you going to let them steal that House seat from you because they can and will if you let it happen?