In recent days we’ve shared copious amounts of “science” on why masks are a bad idea and don’t do what some claim. Research by known partisan outfits like the CDC and the NIH as well as others. All readily available and ignored by Democrat mask Nazis like Neil Wetherbee.

Councilor Wetherbee, the Democrat running as a republican in the Derry special election primary in October, is on the record in favor of mask mandates with fines.

Read that again. A mandate requiring you to wear a mask on your face and a fine if you refuse. Fake republicans Neil Wetherbee . Correction: Wetherbee and Bordon wanted the mandate but there was no official vote.

He is so committed to this lie that he wrote at length to oppose someone for public office who understands the actual science. 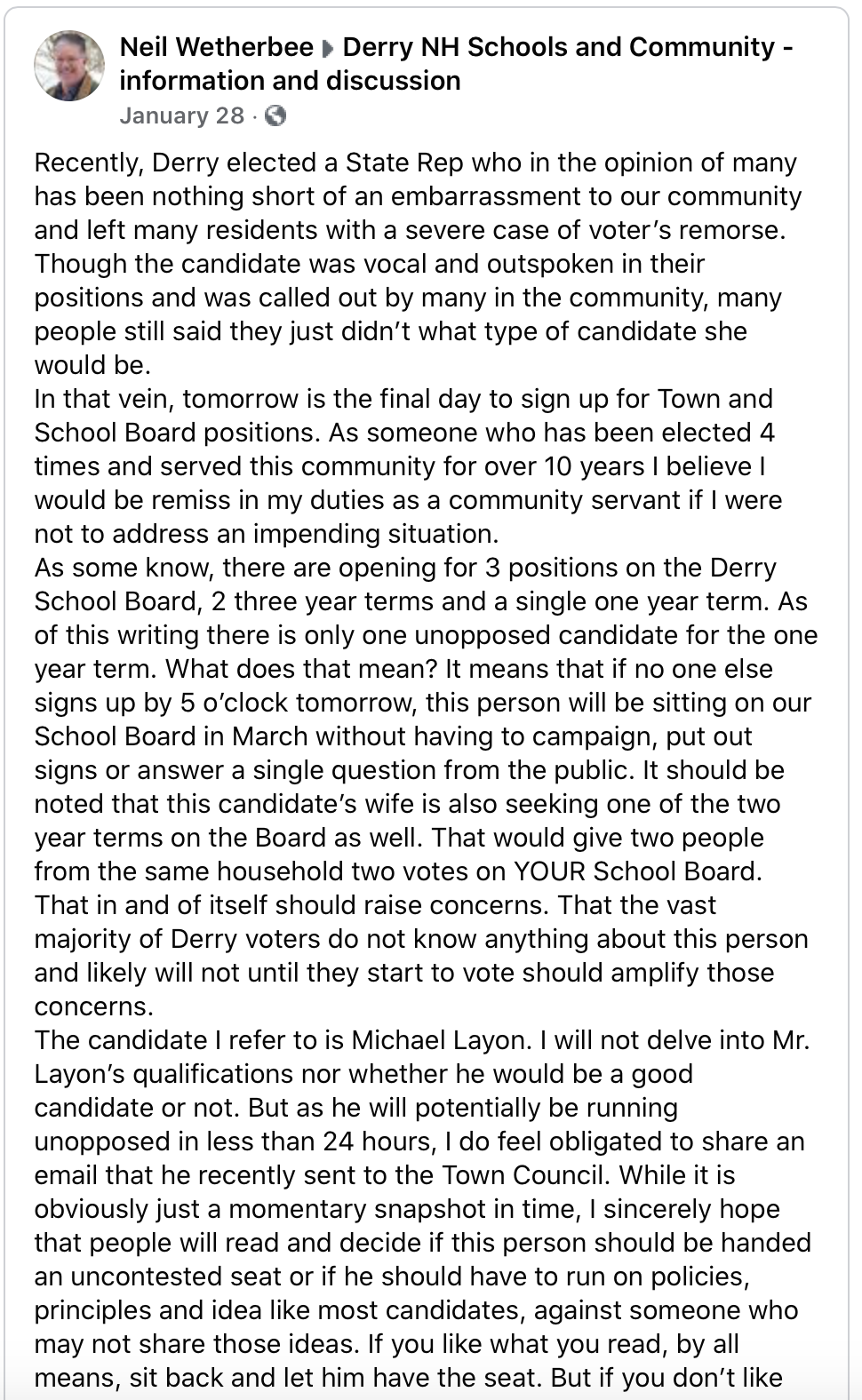 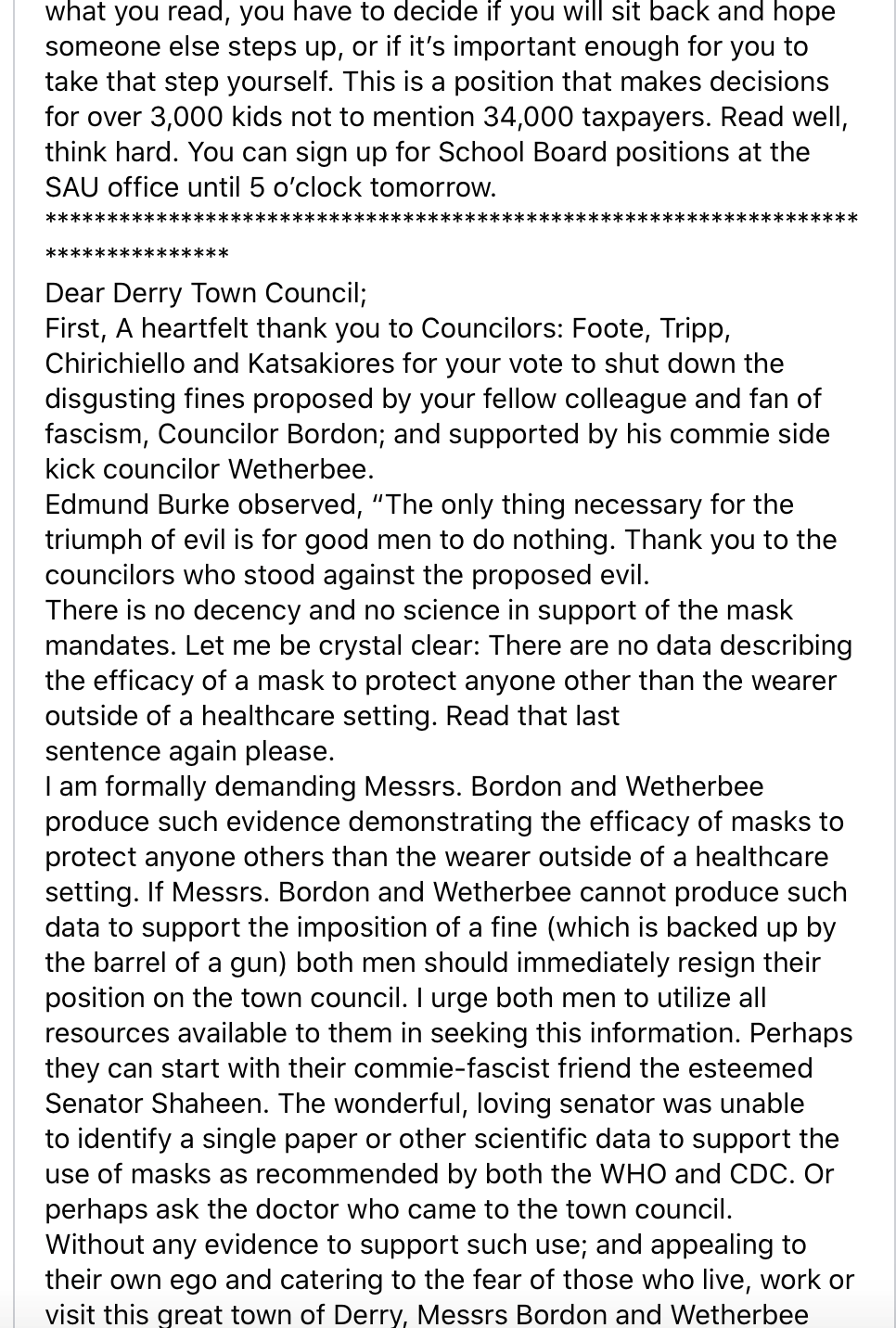 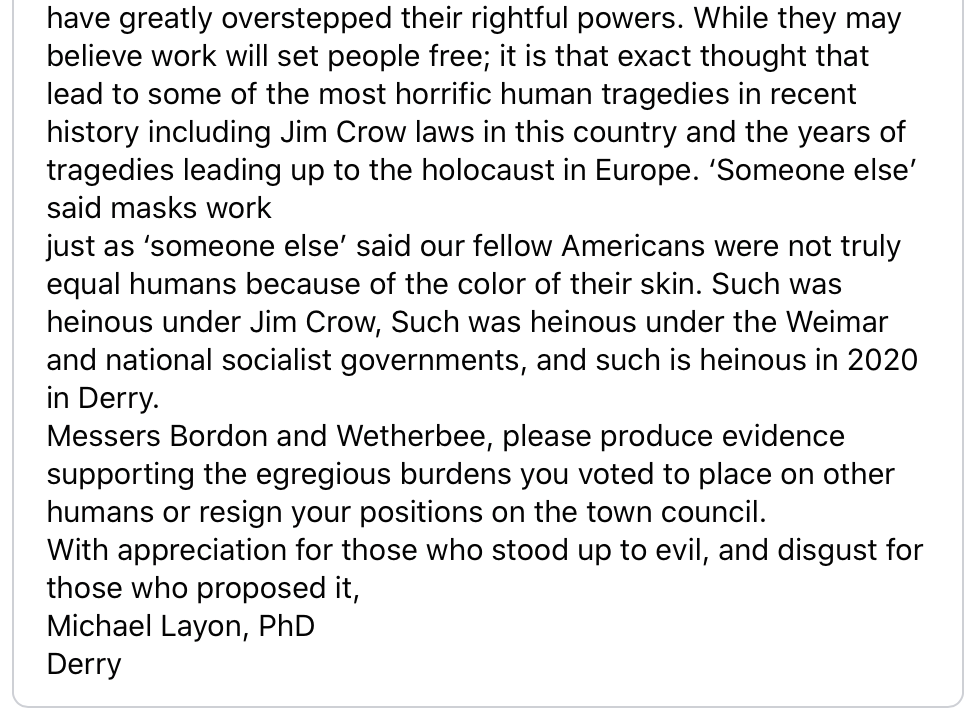 Wetherbee is obviously a mask hole, and I have to guess (my speculation) he is in favor of mandatory vaccination and passports as well, even though the makers of Jab Juice knew from day one that these could not and would not prevent transmission. They never said they would. It was politicians and the media who sold that lie.

These are the same people selling masks as protection (with fines) from a flu that almost no one needs fear.

The prevalence of these falsehoods has not only perpetuated a more divided society, but it has also created a false sense of safety. The masked or vaccinated are no less likely to catch or spread COVID than anyone else.

But I guess that makes sense. Neil Wetherbee is not a Republican either, so lying about that is second nature.

And no, I wouldn’t accept this fascist tyranny from an actual Republican either.