A Needle in Every Arm: Nemesis WILL Follow the Hubris of “The Science.” - Granite Grok
Skip to content

From Surak comes this video about pharmacies being told to not prescribe Covid medications aside from the Covidian Sacramental Jab. (And be sure to visit the  Surak Blog after you are done here for incredible amounts of great info, and do make him a regular!)

Remember that Vitamins C and D, plus a healthy intake of zinc – plus Quercetin – are low-levels prophylactics and/or treatments of the highly successful Zelenko Protocol.

IF your goal is public health why would you try to squelch this, especially with real-world results backing it up?  And leave us not forget Senator Dick “Turban” and his slipping in a ban on OTC health supplements into an unrelated bill.

But no plan for public health includes any of these.  The single focus is, and has been, to drive a needle into every arm as the only “accepted” solution.  And this chart, through mRNA inventor Dr. Robert Malone, should be definitive: 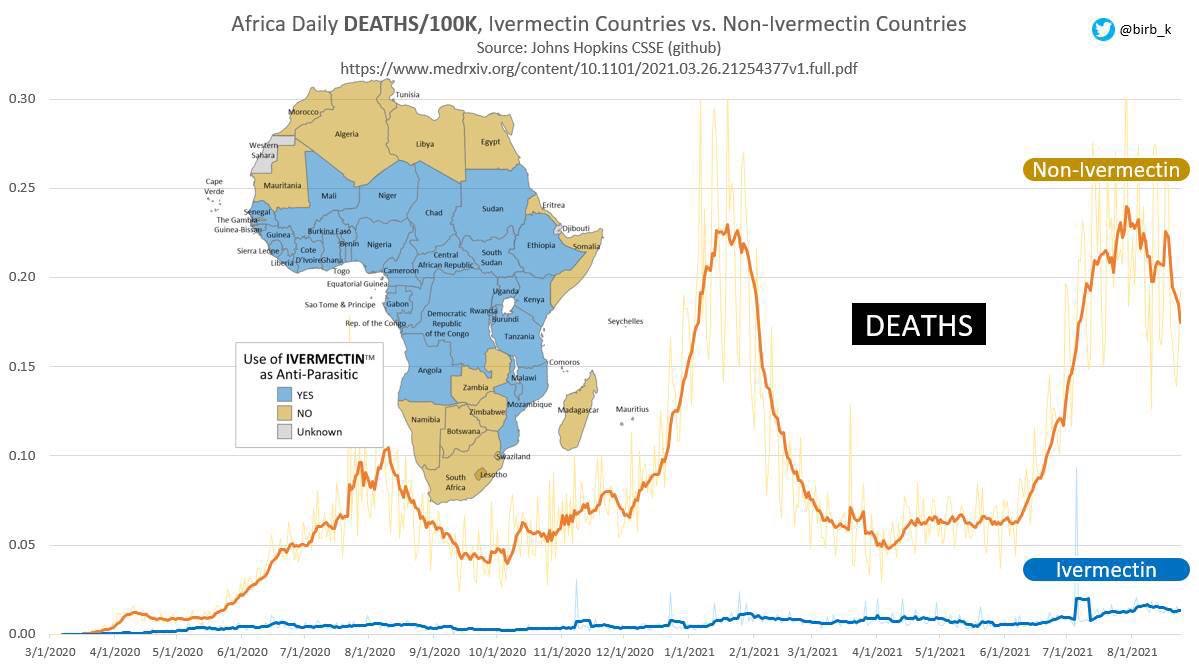 "Researchers took small vessel cells from the heart and exposed them to the spike protein. They found that the spike protein alone was enough to disrupt normal cell function, and lead to the release of chemicals that cause inflammation. "
Sounds like a toxin to me. How about you? https://t.co/sfVcdkB9w7

Revisiting Surak’s next one; The waking giant – find this link; Ivermectin Wins in Court Again: For Human Rights (bolding added):

Sue Dickinson, 65, contracted COVID-19 on January 7, 2021. She suffered progressive worsening and was admitted to Rochester General Hospital on January 12. She continued to worsen and was placed on a ventilator on January 17. The hospital staff advised that her chances of survival were about 40 percent.

With nothing to lose, Natalie Kingdollar, Dickinson’s daughter, reached out to their family doctor, Tom Madejski, who wrote the prescription. The hospital refused to give Sue the Ivermectin. The legal team of Lorigo and Minear drafted an affidavit from Dr. Madejski and sought an injunction. State Supreme Court Justice Frank Caruso ordered the hospital to provide the Ivermectin.

Dickinson, like Swanson, and Smentkiewicz, came off the ventilator and improved as well. The family reported on Facebook that, “She’s making progress each day, and it’s Ivermectin and God making this happen.” She has since been released from the hospital.

Wrap your mind around this.  In this and other cases are doctors who, confronted with a step-change improvement in the health of a patient from the medication… who nonetheless fight tooth and nail to not give another dose.  The FDA has this “folksy” ad – image – saying “Seriously, y’all. Stop it” as an attempt to stop people from taking it.

Talk down to the hayseeds much?  The sneering, condescending arrogance drips and pools.

“The furious war against ivermectin can only imply one thing: they want you to die.”

Achieving herd immunity against coronavirus will not be possible without an approved vaccine for children under 12, Public Health Ontario says in a new report about what the pandemic will look like this fall and winter.

“The critical threshold for vaccination is now estimated to be at least 90% of the Ontario population, and over 100% of the vaccine-eligible population,” Public Health Ontario says.

That’s 90% of the entire population and, wait… “over 100% of the vaccine-eligible population”?  How do you go over 100%?  And people actually have fled conversations where I ask a simple question: “If, after the Jab, you can catch and transmit it, doesn’t that mean herd immunity is impossible”?

Gottlieb says the COVID-19 vaccine could be authorized for kids by early winter.

Even though children are the lowest risk group at all:

Employer after employer, around the world, are mandating The Jab for employees (well, except for the White House, or the CDC, or Pfizer, or Moderna, or… odd, that).

Municipalities and states and nations are mandating vaxports for restaurants, malls, and an ever-growing list of venues.  Medical care is being restricted for the unJabbed, as is access to religious institutions (like my own).  Soon, doubtless, your ability to buy food will be restricted to those who have been Jabbed – as has been discussed openly and is already happening in France.  But thank heavens it’s all done by private entities. 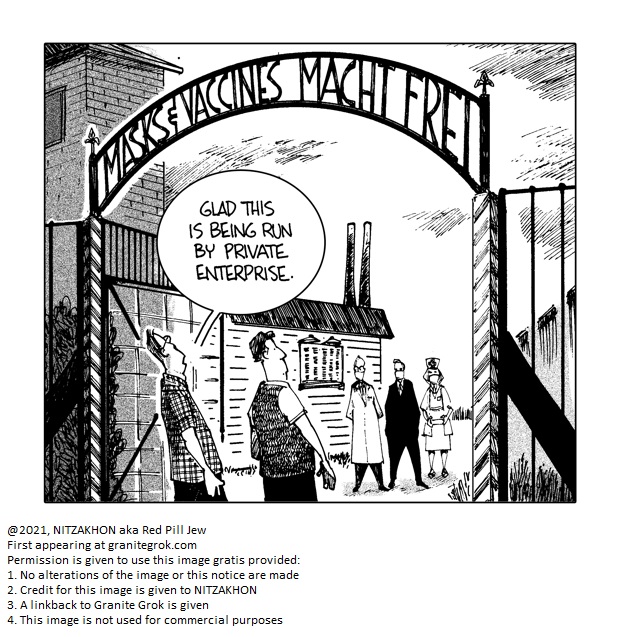 And hidden in rhetoric like this is the threat of scenes like this, happening already in Australia, coming to America:

Look at that girl in the first segment, screaming and crawling, fighting, trying to get away… how does a person do that to another unless they are convinced they are doing good?  And if they’ll do this to a child, screaming and protesting, what else will they do?

Globally, they are using force to drive this into every living human.  The wife of a friend of mine was told to “F*CK OFF AND DIE”! for not taking the Jab.  As my friend noted, we are being conditioned to view freedom and choice as selfish.

FINGERS ON THE SWITCH

As I mourned in The Avalanche Has Already Started…, I do not want violence.  I don’t.  But grasp this firmly: THEY DO.  THEY’RE WILLING TO USE IT.

Watch the video about Australia, above, again.  Watch as the police swarm the father to pin him down, and others drag a screaming & pleading girl away from him to force a potentially deadly substance into her.

Watch as the police march in full battle gear with shields to attack those who simply want to control what goes into their own bodies. Meanwhile, in Italy, people are burning their vaxports.  Denmark has just dropped all restrictions… including vaxports.

The coercion levels are staggering; ‘I Miss Him More Than Anything’: Heartbroken Mother Claims Chicago Judge Stripped Her Of Custody Of Her Son Because She’s Not Vaccinated.

They are, IMHO, in a race – before info like this, UK Report: Vaccinated Account for Two-Thirds of all Delta Variant Deaths, and this, Pfizer Covid-19 Vaccine Destroys T Cells and Weakens the Immune System, and this, Deaths in the 80%-Vaccinated UK Up TENFOLD From This Time Last Year When Zero Were Vaccinated, come out.

In uber-vaccinated Israel, they’re having a spike of cases – how is this possible unless the Jab doesn’t really protect you?  And it will be pharma profits boosters forever, even as the leaky vaccines force the virus to evolve (move over delta, mu is coming) – e.g., in this animal-based example:

Leaky vaccines set up a constant mutation in the viruses they protect against because viruses evolve to get around vaccines.  A recent study showed that the vaccine against Marek’s had caused the virus to mutate in directions that made it more dangerous, killing birds even faster and creating a situation where super-hot variants could emerge that could devastate the chicken industry.

Data are mounting: the Jab itself is dangerous.  The data are also mounting that the Jab is leaky and forcing the virus to evolve, just as masks and social distancing drove the virus to become able to jump farther.

Mary Shelley’s FRANKENSTEIN was not just a horror novel, but a warning about the dangers of overweening pride and arrogance.  NEMESIS follows HUBRIS.  Nemesis WILL follow the Hubris of “the science.”

So when do we start building the gallows?