Will Republican Gov. Chris Sununu Sell out NH's Sovereignty for a Bucket of Biden Bucks? - Granite Grok
Skip to content

Right on schedule, just like I knew would happen, along comes NH Governor Chris “Baby Huey” Sununu to show us where his heart is – he is ready to take Biden’s COVID bribe and toss NH under the bus.

A reminder of what is at stake: 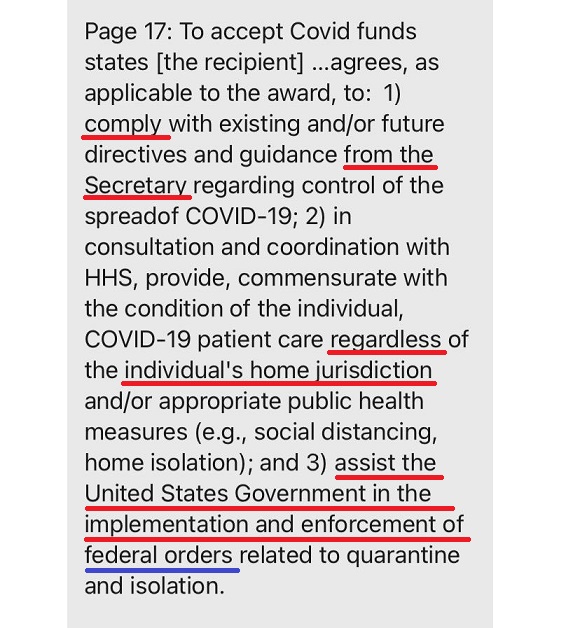 Look at that and then what I wrote:

Take that money, accept those “strings attached”, and you show your constituents:

I warned folks that Biden’s COVID money comes with strings attached and that Ken Weyler was making the right decision (though it took him a second shot at it) to stop the Strings Attached that Federal monies come with and this $27 million certainly has them in spades.

BIG spades – the Democrat wet dream of eliminating the idea of separate States altogether and discarding yet one more Check and Balance from their original brilliant exercise in Sociology, the US Constitution. The delegates, knowing how evil humans can be in their worship of and obtaining Power unto themselves, overwhelmingly sought to limit that aggregation of Power not only between the Branches of the Federal Government

Sununu, on the other hand?  See the above quote from my earlier post. I guess Sununu didn’t pay attention to the fact that the States created the Federal Government and were supposed to hold all other Powers except those EXPRESSLY enumerate by the US Constitution for the Federal Government. Today, he’s all about the Biden Benjamins.  WMUR reported that he’s ALL for taking it (and look at their phrasing of the issue, too – they’re all in for taking the money as well; reformatted and emphasis mine):

…Weyler is now saying he will vote against the funding over state sovereignty issues, and on those grounds, other Republicans on the Fiscal Committee could join him in rejecting the money.

As well they should – just LOOK at the “strings attached” in that image above. NO politician that cares about this State should even question Wyler’s stance on this. That is unless they want to put the Federal Government in charge.  And our own Constitution makes it clear that we are to b a sovereign state. Remember guys, you swore an oath to protect and defend it – welcome to your challenge!

“I think we’re smart enough to figure out something that will work if what’s proposed doesn’t work,” said Sen. Bob Giuda, R-Warren.

OK, Bob. In reading your response, it’s not clear that my points are making it through. Money should not even be the issue here. Principles matter FIRST and, ahem, trump the Money.

Public health officials said the funding is essential to the ongoing fight against COVID-19. “If we don’t end up having access to these funds, it’s going to slow our progress,” said Patricia Tilley, director of the DHHS Division of Public Health. “We are not going to be able to have our community partners be able to get to the folks who most need vaccine.”

So it’s clear that our bureaucrat here ain’t reading the “strings attached” stuff that cancels, in part, what NH can do in the future. Given that she said, it’s clear she either flunked Civics or is willing to take the Bribe as well.  After all, money IS Power and we’re right back to that sociology lesson the Founders tried to give us.  Time for a remedial class in what the purpose of Government really is, eh, Patricia Tilley?

Republican legislative leaders don’t appear eager to say much about the situation publicly, but Sununu is speaking out.

“I never believe in getting into fights with folks, but I want to be very firm about the facts and very firm about the data: It’s unquestionable. There’s no gray area here,” Sununu said. “The vaccine — it works. It is safe. It is effective.”   Sununu said some lawmakers are letting themselves be guided by false information.

“Either you believe we need to put dollars to this effort to manage this pandemic, or you’re going to find the mistruths and misinformation to direct you in another direction, and we’re not going to stand by idly while that happens because citizens can be very much affected,” Sununu said.

Constitutional restraints?  Not in his world. Nope, it’s still all about the money, and “Public Health trumps Everything“.  THIS is the mentality of someone we want to send to DC???

So how is that much different than when the duly elected NH Executive Council, back a few of years, did what the present E.C. did – not fund abortion mills like Planned Parenthood in NH?  Jeanne Shaheen (nominally our Sr. US Senator but really the Federal Government Ambassador to NH) got HHS (under a Democrat President) to shower Planned Parenthood with $$$.  She, on her own, basically overruled a valid vote by that elected body.

Will Sununu do the same?  I know that with this, and his actions during the pandemic, I can’t Trust his vote. It’s clear that he is a Post-Constituionalist.  Why ELSE would he be willing to take that $27 million bribe to have NH give up control within its borders?  Is that really what the Federal Government is supposed to be doing – bribing the States?

And he’s all in on letting NH “get bribed”? 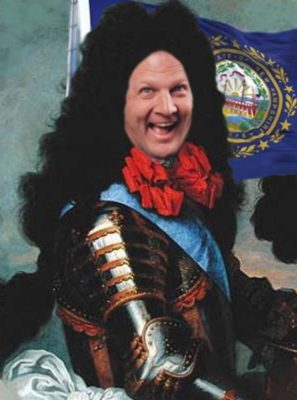 And oh, by the way, I just said exactly the above on the Life with Liz radio show, so it is time to make this go live.