New Hampshire Needs Action From the NHGOP ... Instead, We Get Talk - Granite Grok
Skip to content

Here is the headline from NHGOP mouthpiece New Hampshire Journal: Sununu, NHGOP Speak Out Against Biden’s Vax Mandate, NHDems Silent. That will show them! The NHGOP has “spoken out.”

I’m sure the Communists actually running the country through Imposter/Figurehead-President Biden are shaking … SHAKING … in their designer jack-boots. The NHGOP has “spoken out.”

And they are not holding back! Sun-King Sununu says Biden’s ukases are “not appropriate.” I imagine the last time the Sun-King used such tough talk was when he found his salad-knife had been placed to the left of the table knife. Egad!

This kind of pablum and corporatism is to be expected from these two clowns. 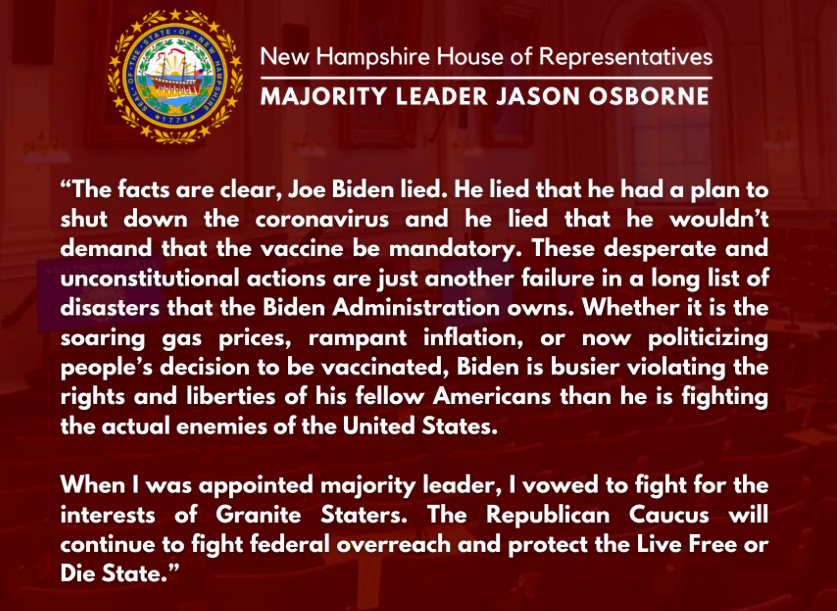 But what exactly are you going to do, Jason? Finally, make vaccine mandates and vaccine-passports illegal in New Hampshire? Establish a fund to compensate employees who will have to pay for weekly COVID-testing in order to keep their jobs? The time for talk is over.