So in the clusterfark that is Afghanistan, the entire world is either laughing at us – e.g., China, Iran, Russia (even if discretely) – or watching in horror as the world’s most powerful military not just cuts and runs, but can’t even evacuate every American citizen.  And is telling those there they need to pay their own way out.

The fail here is beyond staggering.

This is a humiliation so great and all-encompassing it cannot be accidental.  Let me repeat this: This. Is. Deliberate.  I am not alone in saying it either (bolding added):

Biden’s pullout from Afghanistan has been the worst managed event in American history.  With Saigon as an example, the administration knew exactly how bad it would be.  There’s a lot of finger-pointing going on now, but, at bottom, people are wondering if the unconditional Taliban takeover, including the trapped Americans, is a deliberate policy.  On Tucker Carlson’s Wednesday show, Lara Logan said, “Yes, it is.  This was what the government wanted.”

As I mentioned, there are scenes here that remind me of Vietnam, but I am also reminded of Benghazi – There is a rotten smell to this event, as if the goal is to deliberately spark an inferno to hide another motive in smoke.

And it is all of-a-piece in destroying the world’s (admittedly imperfect) Pax Americana to create the global chaos out of which the prophesized Marxianic Paradise will “inevitably” arise.  You think they wouldn’t be willing to have untold millions perish?  They’ve done it before trying to create earthly utopia.  The ground is saturated with the blood and bones of those prior attempts. 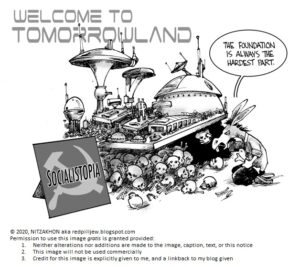 There is a scene in the movie Underworld where the vampires and werewolves have hated each other for centuries in an ongoing feud.  In that scene one of the vampire henchmen, ostensibly sent to safely convey the arriving vampire elder Amelia to a meeting, instead merely watches – immobile and stony-faced – with his flunkies as the werewolves attack and kill that elder vampire and all others on the train.  Total & complete abandonment.

One can cite George Washington on “foreign entanglements”, and there is a case to be made for such a view – even if, IMHO, today’s realpolitik plus global-reach military technology pretty much necessitates such alliances.  But multiple allies are starting to hedge their bets.  The mere fact that the US actually called on the Taliban – the f*cking Taliban – to be “inclusive” in forming their government doubles makes any thinking person cringe…

The UK, one of – if not the – staunchest allies we have, has been majorly dissed.  Taiwan, a critical source of electronic components for the entire world, has received a between-the-lines message from the US, and a stark warning from China.  Israel now understands – especially in light of the open hostility President Asterisk and the Dems have towards them – that they too may be abandoned in light of Iran’s pushing ahead with its nuclear program.  (Side note: In Shia Islam, as I understand it, their version of the messiah – the “Twelfth Imam” – cannot come until there is a global conflagration… thus, to the Mullahs, World War III – or IV, depending on how you count – is not a bug, but a feature.)

The Vatican weighed in:

The Vatican’s newspaper on Friday called on the international community to welcome Afghan civilians fleeing the Taliban, expressing incredulousness “that before deciding to abandon the country no one thought through such a foreseeable scenario or did anything to avoid it”.

From the same site, Germans care for their own:

Germany will send two light helicopters to Kabul to evacuate German nationals in Afghanistan at risk or situated in remote regions, a defence ministry spokesperson in Berlin said Friday.

The helicopters are expected to arrive Saturday morning, the spokesperson told reporters.

The French are too, as is Italy.  As are other countries.

In general; Afghanistan collapse to Taliban already hurting U.S. with allies, Sen. Roger Wicker says.  Many military people are sick and doubtless demoralized over this, while others note that every US enemy sees how to defeat America (though that precedent was set in Vietnam):

In fact, we have abandoned everyone who has ever helped us in a major conflict since 1953. Since Vietnam, our adversaries have learned that all it takes to defeat the most powerful, technologically advanced military that has ever existed is to simply be patient. We think in two- to four-year election cycles, whereas our enemies think in decades to centuries. When you’re up against supersonic fighters, ten carrier strike groups, stealth bombers, and the most elite force on the planet, all you must do is wait it out. Poke and prod and kill enough Americans to keep the war on the front page of the news, and eventually, an election cycle will come up with the slogan: “Bring our boys home.”

Not for nothing has there been a quote floating around for quite a while – purportedly from the Taliban but applicable to any guerrilla war; You Have the Watches, But We Have the Time.

No wonder no nation, ever, will trust America again.  This has deep and lasting impact.  Nor will any American military person nor anyone offered an overseas job by the US government have trust, though that ship sailed in Benghazi.  Biden dismantled Trump’s plans to avoid another such debacle.

Whether Taiwan, or South Korea, or Israel, or or or… they all understand that the US under President Asterisk is likely to merely stand by and watch, as that vampire did, as they are attacked.  And that complete inaction is, as I said, 100% understandable when you know the enemy and their missionary commitment to creating a one-world Socialist Utopia.  Whether through this, or deaths by the Jab, they will slip-slide into chaos and hell with cheerful consciences.  Because the end justifies the means.

The Feminazis are silent as women get beaten & made into sex slaves or just murdered for not wearing a mobile tent, and the LGBTQP-whatever crowd also speak-by-silence as the Taliban prepares to kill their fellows too.  Doubtless, however, the hashtag campaigns will start to #dosomething!  Meanwhile chic hipsters don burqas for fashion statements and to show appreciation for “diversity” – can we take up a collection to ship her there so she can find out what captive of the right hand means, good and hard?

Thus, the intersectional alliance has decided, through that silence, to show their commitment to the end goal of Marxianic triumph.  BLM and Antifa are already openly Marxist, for example.  Marx uber alles – again, no matter how many must perish to get there.  NO LIVES MATTER unless in the service of / advancing the Socialist State:

[I]n socialist societies, an individual’s worth is measured, not by being a unique person made in the image of God, but by that person’s utility to the state. If you’re no longer useful and, worse, if are an economic drain on society, you’ve got to go.

China has, as stated above, already sent very pointed messages to Taiwan.  I just heard on the radio – Glenn Beck talking with Bill O’Reilly – that Russia is now giving Russian passports to Ukrainians in their captured areas.  If that’s not a sign of intent, nothing is.  In general, our enemies are circling the putrid corpse that was America:

The Taliban, Mexican cartels, OPEC, city savages – the sky is full of carrion birds. Signs of weakness always bring them out. With Biden, America might as well be wearing a kick-me sign on its back.

Kabul is a replay of Saigon in ‘75, with Chinooks and Black Hawk helicopters evacuating personnel from the U.S. Embassy – something fearless leader promised would never happen. Now the human airlift is taking off from the Kabul airport, as long as the Taliban (which controls the situation on the ground) lets us.

And a follow-up quote:

This is the way civilizations end – when the guardians of public safety and order lack the will to confront the predators.

To continue the animal analogy, lions will circle an antelope herd and single out the old, tired and cognitively impaired to attack first. The President of the United States has been selected as lunch.

If we’re not very, very careful, America could end up the dessert.

And that’s what they want.  Total, complete chaos.  For only from absolute chaos, squalor, poverty, violence, terror, and a people devoid of the grandeur and history of what came before – a people desperate and pleading to be fed and saved – can their prophecy be realized. 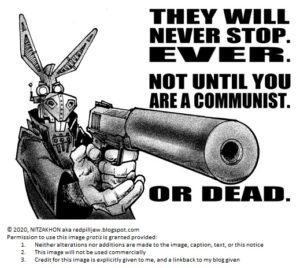 On my old blog there was a link to a video – don’t have it saved, unfortunately.  From memory it was a video of one thug (two?) beating the sh*t out of a cop at a traffic stop.  I don’t recall if they also shot him with his own weapon but that comes to mind.  The quote from the site where I saw it:

The campfire is dying.  The wolves are closing in.

And alas my children – into what nascent inferno have I brought you?  Hay Hashem give me the strength, the wisdom, the cunning, and the courage to keep you safe, even if it cost me my life and even soul to do so.