Some Thoughts on Constitution Day - Granite Grok
Skip to content

Not a federal holiday, Constitution Day goes largely ignored because the government created on this date has opted over the centuries not to celebrate the anniversary of its own birth.

Acknowledging Constitution Day is worthwhile, however, because it’s important for Americans to understand four often overlooked truths about the United States of America.

When the United States of America was declared free and independent on July 4, 1776, it was hardly a nation. It was a group of adjoining sovereign states whose leaders had agreed to join in the defeat of a common enemy.

We want to thank Drew Cline, President of the Josiah Bartlett Center for Public Policy for this Op-Ed. If you have an Op-Ed or LTE
you would like us to consider, please submit it to Editor@GraniteGrok.com.

We became a nation upon ratification of the Articles of Confederation on March 1, 1781. Josiah Bartlett was a member of the committee that drafted the Articles, and there exists a 1776 draft in his handwriting. (The final draft was made by John Dickinson of Pennsylvania.)

In June of 1776, Bartlett wrote to John Langdon that “the affair of a Confederation of the Colonies is now unanimously agreed on by all the members of all the colonies….”

But he noted that there were “warm disputes” over some of the details, and he feared a final agreement would be a long way off.

He was right. The draft was finished on Nov. 15, 1777, but ratification by the states was not completed until March of 1781. And that didn’t end the disputes.

The Articles were, in a word, unworkable. The United States government unraveled rather quickly, and the need for a new framework soon became evident.

It’s really important for Americans to understand that their first government failed. We still refer to this great endeavor as the “American experiment” because it is exactly that. The Founders and Framers didn’t know what they were doing. No republican government on such a massive scale had ever been tried.

But through great study, contemplation and discussion, the delegates to the Constitutional Convention worked out a system that many — but not all — agreed to try.

New Hampshire was to vote in convention in Exeter in February, 1788. Federalists thought it would be a quick approval. It wasn’t. Opposition was so strong that John Langdon, president of the state convention, called a vote to adjourn, knowing the Federalists didn’t have the votes.

The convention reconvened in the summer in Concord and ratified, making New Hampshire the 9th and deciding state. But for months, that outcome was in doubt. Tipping the balance in favor of the Constitution in several states, including New Hampshire, was the reassurance that amendments guaranteeing certain individual rights could be adopted.

From the beginning, the Constitution was recognized as flawed and in need of revision. Among the few surviving fragments of New Hampshire’s ratification debates is an impassioned speech by an Amherst delegate denouncing the document’s toleration of slavery.

The Framers gave us a remarkably durable framework for self-governance, one that sought to preserve individual liberties while making republican government workable on a national scale.

This work of great genius has succeeded in achieving both of its goals not perfectly, but to a degree even the Framers probably would find surprising.

It is a testament not to the Founding generation’s infallibility — after all, this generation gave us the failed Articles of Confederation — but of the value of pursuing a “more perfect union” through the long, hard, exhausting work of intense study, reflection, debate and compromise.

The United States of America is a nation founded in passionate rebellion, with a republican government founded in rational deliberation — both united by a zealous commitment to individual liberty.

Taking some time to reflect on this each year —  would help us understand that just a little better. 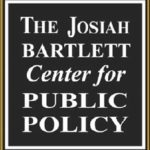 Edited and reformatted (very gently) and out fault, it did not publish yesterday when it should.