Is the Director of The National Interagency Fire Center (NIFC) named Winston Smith? In Orwell’s 1984, Smith’s job was to rewrite history on demand. The NFIC, now answering to Whoever is Running the Biden Administration (WRBA), has tampered with forest fire data.

The official US forest fire data records go back to 1926. Earlier this year, the NIFC hid everything before 1983.

Was starting at 1984 too ironic for them? No, 83 was the best starting place to create a new perception about forest fires. Anthony Watts at Watts Up With That posted the graphed data sets in a side-by-side comparison for the full effect. 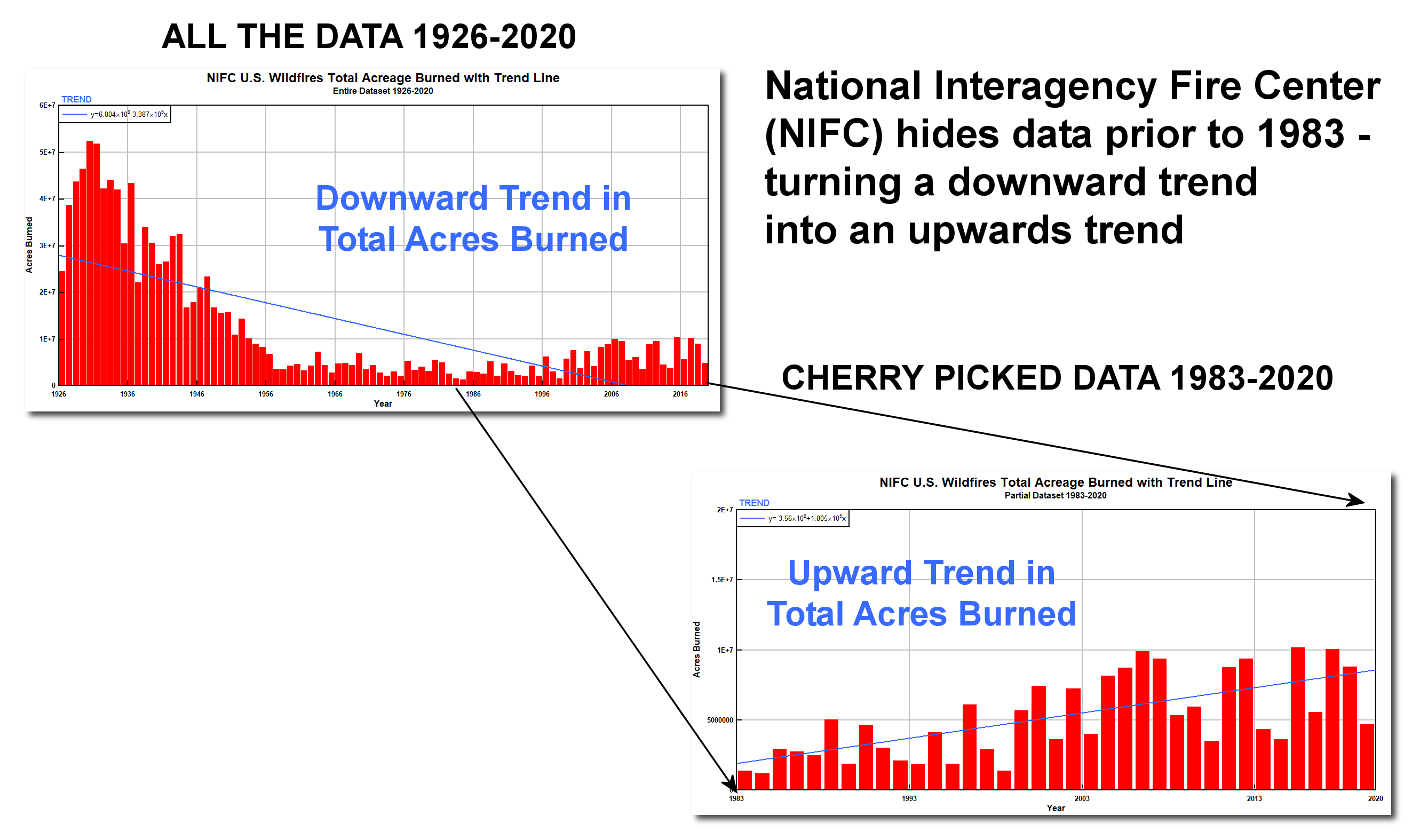 Just like Mann-made global warming was kicked into high gear by Mikey Mann’s fabricated hokey stick (hokey, not hockey), so must the NFIC desire a crock of their own. Global Warming! Triple our funding! We need, well, maybe they do need funding.

When Obama was the King, he deliberately misappropriated fire-fighting equipment to let acreage burn. That’s how it looked, and while actual damage to woodlands from fires is perfectly natural, these were allowed to spread uncontrolled for a political purpose.

Remember, everything the left does is practical (to them) in a political sense. It advances perceptions meant to encourage their accumulation of power. There is no other motivation.

This is no different.

The only reason to make it look like we’re entering some new age of uncontrollable burn is leverage to rob more taxpayers of property (taxes and land) and rights.

The southern border is on fire (figuratively), with governors and sheriffs begging the Feds to stop the spreading madness, but your Government and their press corps are blacking out that story.

Prepare yourselves. This newly meddled-with data (we have all the data here as well) will become a feature story as the dry season approaches this summer.

When it does, you send them here.

Most American’s are not as gullible as liberals, but you may have to lead that horse to our water for a drink.

One more point. Did they get the idea from the Washington Post, or was it the other way around?