Where in the World is Carmen Sandiego - the Joe Kenney Edition? - Granite Grok
Skip to content

“Where in the World is Carmen Sandiego” was a game that the Eldest and Youngest played when they were younger. The idea was to find a villain by that name who could be anywhere in the world.

Lately, it seems to be that the Belknap County Republican Committee is playing where in the world is Executive Councilor Joe Kenny (R-District 1). They’ve been inviting him to either come to their monthly meetings, just meet with the BCRC Executive Board or even do an online meeting with them.

It would be nice for him to meet with the constituents that helped put him in that seat. After all, his District does cover a number of the Towns and cities that are in Belknap County: 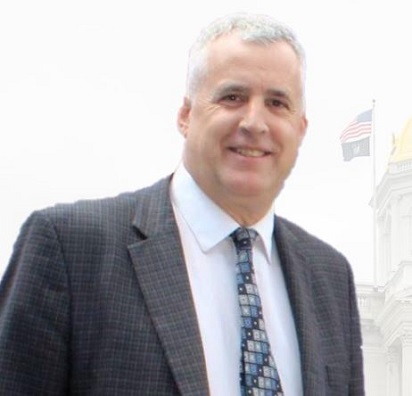 It was clear that at last night’s meeting, they still are inviting him.  His assistant keeps putting out his schedule and Wednesdays are generally clear.  Has he secreted himself into an underground bunker somewhere and can’t find his way out?  And with Cryans (the Democrat) making noise that he may well run again against Kenney, wouldn’t you think that meeting with the BCRC members be something on his near future bucket list?  After all, doing a “Walt Havenstein” (re: acting way too late in reacting to a big political problem) doesn’t do too well.

What I don’t get is why a prior Marine is running AWAY from the sound of [political] gunfire?  I don’t know of any of the prior Marines that I know that would be doing so.

Joe, Joe…have I heard of another “political” Joe that keeps running away from questions….hmmmm?