Study: K-12 Schools With Diversity Programs Have a Wider Achievement Gap Than Those Without - Granite Grok
Skip to content

The #woke used-car salesman promoting Diversity and Equity programs in public schools insists we need them to create academic parity. But like everything else the Left sells, Diversity programs do precisely the opposite.

To be clear, my thought on this is similar to every other new thing the education-industrial complex has rolled out and over students. The purpose is not to improve outcomes for minorities but to kneecap the potential for achievement. As in any Marxist-Leninist system, the goal is not to lift people up but to put them down.

The goal is the lowest common denominator, but DEIJ programs led (typically) by some overpaid chief diversity officer (CDO) are not just doing that, they are widening the achievement gap.

People of color are losing ground in schools with programs the Left insists will do the opposite. 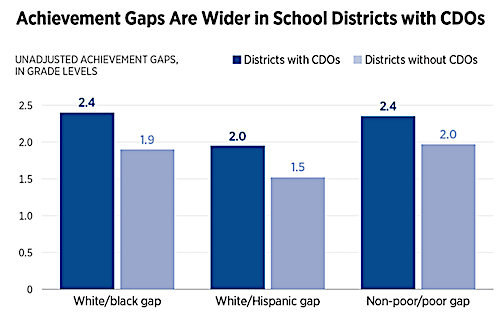 Given the way the Left works, it seems likely that this is deliberate.

Democrats oppressed black Americans for centuries. They then took over public education and urban areas and destroyed inner-city schools – consigning generation after generation in a welfare-dependency trap.

DEIJ looks like the export program that brings a piece of this “progressive success story” out to the suburbs where they can make everyone angry about a problem they created and then “solved” by making matters worse.

And the solution to that will be more of them doing more of this while blaming someone else (today, it’s white people) for the outcomes.