It was pretty straight forward except for a small percentage of deviancy. Nowadays, many Normal Parents are being forced into Progressive / SJW / Anything Goes! sense of Morality – and you’d best not disagree or the Twitter / Facebook mob will descend upon you with all of the false and fake outrage they can muster: 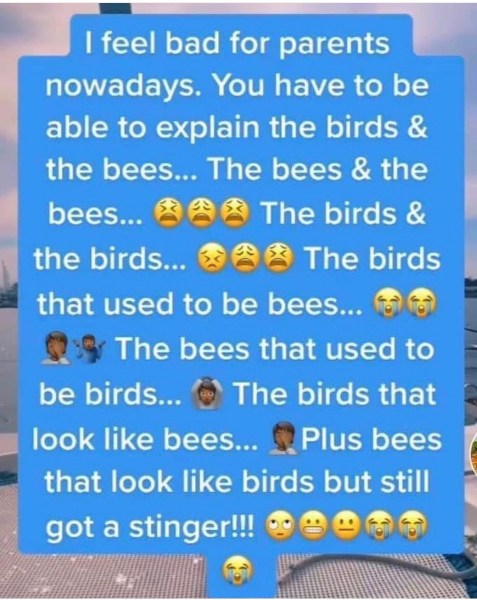 This is how we get our Constitutional Rights of Free Speech and Freedom of Religion canceled. And it’s all by design.

It’s time to stand up and say “ENOUGH OF THIS NONSENSE”!  Society should not be forced to pander to every single micro-offended fempto-group out there. Tyranny of the micro-Minority.

Tagged: Birds and the bees, palate cleanser, Sexuality, SJW, Tyranny of the Minority