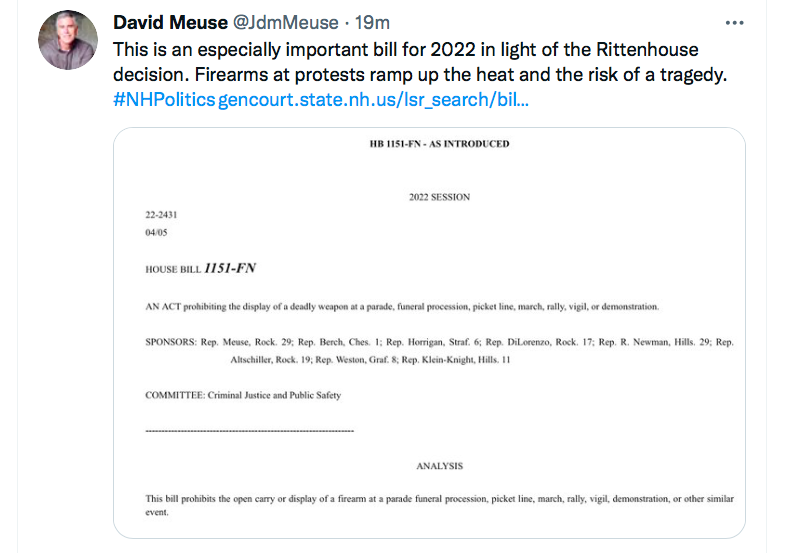 It was not a protest. It was a destructive and violent riot. The Democrat Party’s street militias … Antifa and BLM … were burning and looting and gratuitously destroying businesses and property in downtown Kenosha. And the Democrat politicians held the police back because they believed that the rioting would benefit Biden and Democrats.

Kyle Rittenhouse did not “ramp up the heat.” He was attacked by multiple rioters.

First, while on his way to extinguish a fire in a car lot, he was ambushed by Rosenbaum, a pedophile who had earlier threatened to kill Kyle with a chain that he was carrying, who attempted to seize Kyle’s rifle. After shooting Rosenbaum in self-defense, Kyle … who was then on his way to turn himself in to the police … was pursued by a mob and knocked to the ground and attacked. In self-defense, Kyle shot Huber, a felon convicted in a strangulation case, who was smashing Kyle’s head with a skateboard, and Grosskreutz, who pointed a handgun that the was illegally carrying, at Kyle.

At no point was Kyle ever the aggressor in the sequence of events. Every action he took was defensive.

Meuse’s bill should be titled the Antifa/BLM/License-to-Kill bill. Kyle would be dead if he had not had an AR-15.

Meuse’s response, needless to say, would be that Kyle had no business being there. Wrong … soy boy. When the authorities refuse to do their jobs and leave us at the mercy of Democrat Party street-militias, we have every right to defend our communities, our property and our lives. As much as soy-boy Meuse and his beta-male ilk would like the streets to belong to Antifa and BLM, they don’t.