“The worst thing about living in the declining era of a great civilization is knowing that you are.”

I’ve embedded this video before (1:44:41), and I cannot endorse it highly enough – Bill Whittle discusses the slow rise and strobe-light-flash fall of civilizations, the greatness of Western Civilization, plus many other things – bookmark it for later, but do watch it:

Time and time again the Great Cycle has turned, grinding down civilizations throughout deep history.  And it’s turning now.

Nobody can look at the last, say, century-or-so and the advances made in technology, medicine, food production, etc., and claim that we have not made incredible progress nor created a world – at least in first-world countries – that is good exceeding the wildest dreams of yore (the benefits of, for example, modern medicine have diffused throughout the whole world-saving countless lives).

Consider that prior to 1902 when Willis Carrier invented modern air conditioning, people relied on low-tech alternatives – e.g., fans and evaporative coolers. Even when first in production, actual air conditioning was incredibly expensive and a luxury for the rich.  Now, poor indeed is a home – at least in the US – that doesn’t have at least a window unit or two.

Those rely on electricity – cheap & reliable electricity, which we presently have (video, 7:12).

Globally we understand germ theory and the need for clean medical tools, and we have antibiotics (and while we’ve known about agents that help fight infections for centuries, it was only in the early 20th century we got official antibiotics).

Actual anesthesia was “only” first used in 1846 – before then it was bourbon and bite-the-bullet surgery.

America and Britain put their own militaries on the line to end the forever-institution of slavery (Thomas Sowell’s chapter 3, read aloud, 2:19:19).  Also, see the Prager piece by Candace Owens.  The list of goodness goes on and on. 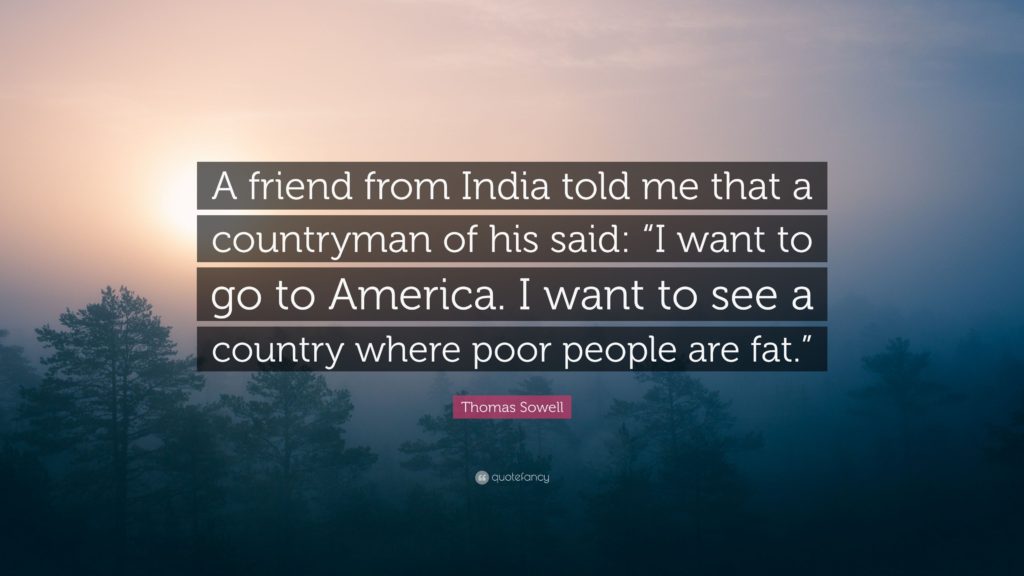 Good times indeed, especially when compared to the sweep of history and even a cross-section of today’s world, and no thinking person can dispute that.

We all know that Her Heinous the Crone of Chappaqua will only face actual justice when she goes beyond the veil.  The same for innumerable pols Left, Right, Center, and Wingnuts of every color.  The fish head has rotted out completely; e.g., EXCLUSIVE: FBI Knew Of Hunter Biden’s Missing Laptop As Early As December 2019 (bolding added):

This new revelation establishes that, since December 2019, the FBI had knowledge that a second laptop had been stolen from Hunter Biden and that that laptop contained material making the Biden family a national security risk and subject to Russian influence.

Joe Biden surely received briefings on these risks well before his October 2020 denial of the authenticity of the laptop, so the question is: Did the FBI fail to provide Biden a truthful briefing on this intel, or did Biden fail to level with voters?

To which I will only comment “Embrace the healing power of AND”.  From the formerly sterling FBI acting more like the secret police to local constabularies standing down when conservatives are assaulted, or when the violence serves the Left in general.

Our “leaders” lie to us openly, those purported to be our health protectors lie to our lawmakers, our lapdog enemedia lie to us constantly.  Our financial institutions are fetid sewers.  The courts rule in shake-your-head rulings like this one.  Law enforcement actively protects domestic terrorists.  It’s no secret that our borders are not just open to those who walk in, many carrying Covid and likely worse…

BREAKING: I am absolutely stunned by what I’m witnessing right now. We are on a boat in the Rio Grande near the Del Rio international bridge and we are watching as masses of hundreds of migrants walk across the river from Mexico and stream into the US illegally. @FoxNews pic.twitter.com/xXE4pDkpIe

… but we’re actively importing persons from a supremacist culture hostile to us – and for whom migration as a form of conquest is doctrinal.

Never mind that they view those not of their faith as prey.  Even our soldiers.  Know the invading enemy.  Here.  Here.  In particular, understand that it is DOCTRINE that they can rape infidel women; New York Times on Sex Slavery in Islam: “the Quran not only gave [ISIS] the right to rape — it condoned and encouraged it”.

People take their prosperity, freedom. lives for granted. They have not suffered from want, mindless violence, random oppression, the heel of a harsh government till recently. They do not understand the terror of war, the horror of terrorism whether delivered via drug dealers, criminals, or your friendly government. They have no concept of going into a store and having 20 varieties of coffee to choose from, rather than waiting in line in the hope that coffee is available-its not. I spent 32 years overseas. There isn’t a nation overseas I’d rather live in. But few nations would tolerate the moonbats, racists, jagoffs and perverts that run our government. Worse are the soy boys, Karens, and race hustlers who seem to dominate government and academia. A pox on their houses. As for the “libertarians” these are people who haven’t been mugged and carjacked yet and lost everything due to some culture cancel queer. There is a storm coming. Prpeare.

Going on a walk with the kids some days ago we ran into a man walking with his dog.  A clear mutt, very friendly and well-behaved, we asked if he knew what the mix was.  He described the result of the DNA testing they did.

Wait, what?  DNA testing on your mutt is a thing?  Yup.

How absolutely decadent does your society have to be, how obsessed with the trivial, how swimming in discretionary funds, to do genetic tests on your adopted shelter dog?

We have no idea – none – what people go through outside these comfortable walls and streets in the West, and America specifically.  I remember when my wife’s overseas family first saw our house… on over an acre of property.  Each of their apartments could fit into our first floor with room to spare and the idea of owning a parcel of land like this?  Unheard-of!  Their astonishment at the abundance of food at supermarkets – plus as many supermarkets as there are in the area, in many ways, echoed this Cuban refugee seeing an American supermarket for the first time.

For me, the saddest moment was when he said “Types of butter”?! in disbelief as he stared at the selection of multiple kinds of butter, from the mundane store brand to the imported-from-somewhere gourmet type.  Similar emotions were voiced when I gave my friend in Israel, mentioned here, a virtual tour of our house and yard via our video-and-voice chat.  He couldn’t believe how big our house – on open land – was.

Decadent.  We have been coddled in luxury, plenty, and wonders undreamed of by, easily, 99%+ of humans who have ever walked the earth – for many of us, since birth.  We have abandoned restraint and are looking to rival the end times of Rome for sheer immorality and debauchery (italics in original): 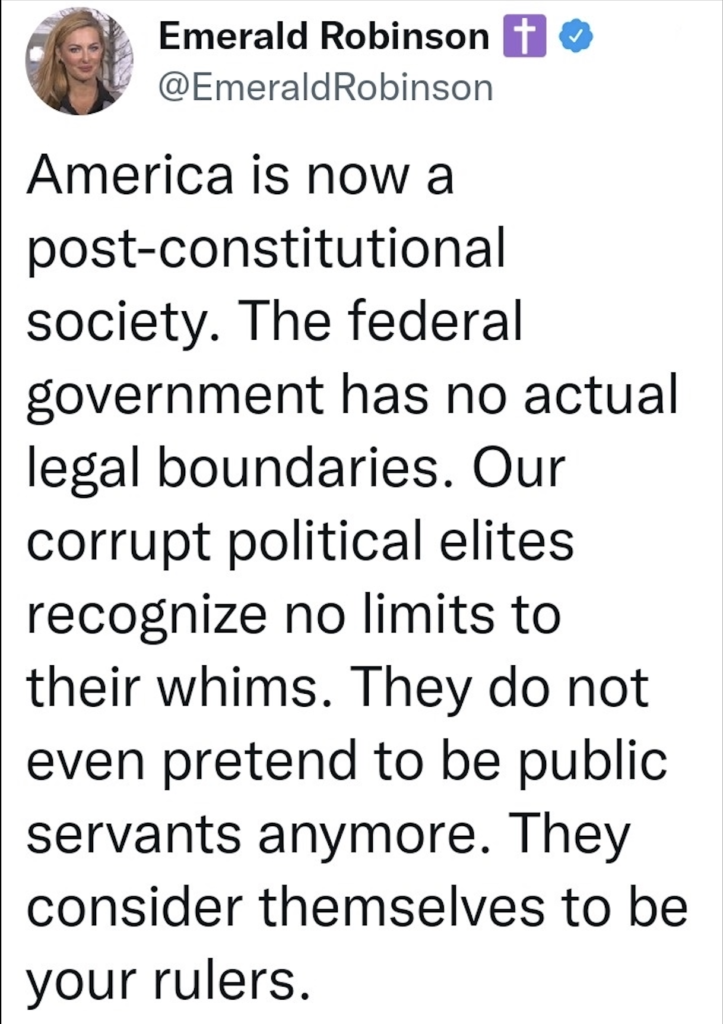 THE STROBE LIGHT IS CHARGING UP

The civilizational strobe-light collapse is, IMHO, charging and too many, even now, don’t see it.  They will, but by then it will be too late.

Even a month’s worth of choke-it-down food and bottled water – a gallon per person per day is a recommended minimum – plus whatever suits your personal needs, and you’re better off today than most people staring at their glowing screen soma for entertainment and who, if they run out of something, think a replacement is just a drive to the supermarket away.  (I continue my quest for my kids’ favorite box juice… not only is it not available at any local market I’ve visited, but the entire juice section at my go-to store was also shorn of almost every kind of juice box.)

What’s worse is that this Great Cycle turn is not accidental – they’ve been planning this collapse and genocide for decades.  What’s next?  Another virus is certainly possible.  But, curiouser and curiouser, there’s now talk about the vulnerability of society to a massive cyberattack.

Without power there is no climate control – heating or cooling.  There are no elevators, no escalators, no lights.  No running water.  Hospitals will soon run out of generator fuel, and gasoline will be unpumpable.  There is no refrigeration.  No phones / internet.  Cities will soon become Mad Max zones that will spread as desperate people fan out looking to feed themselves and their families.  Untold millions, possibly billions, will starve.  Remember what the guy said at the 2015 New World Order conference?  About billions having the “peace of the grave”?  EMP has also been discussed more and more as China threatens Taiwan and discusses nuking Japan if they help.

If the best time to start prepping is five-odd years ago, the next best time is now.  Get started.  Rome America, and the West, are teetering on the edge of the abyss… and the rest of the world will burn as well if we fall.  And do not forget, ever, that this is The Plan: a ruined world, out of which the Marxianic Missionaries believe will arise their great socialist utopia.

Let’s plan and work towards being the ones around to rebuild.  Two sites among many that I read on prepping… put other suggestions in the comments.

And it’s no great secret I live in southern NH.  Looking to connect to form meatspace relationships.  Carefully.

I am looking to find a game processing butcher – from carcass to sausage, etc. – in southern NH where I could volunteer for some hours here and there to learn how to take the raw meat and process it to something storable that doesn’t need refrigeration (e.g., smoked sausage).  Also, someone who knows about home canning who I can help here and there to pick up some tricks.  Lastly, I keep trying to make pemmican and it keeps not working out.  Again, this kind of thing works best hands-on, so I’d appreciate helping someone go through the process a couple of times so I can pick it up.

And in planning / hoping for the future: