Gov. Sununu nominated business persecutor and law-bender Gordon MacDonald, the state’s attorney general, to the N.H. Supreme Court. A public hearing concerning his nomination to the chief justice position is coming before the Executive Council on Jan. 21.

We want to thank Andrew Manuse for this Op-Ed. If you have an Op-Ed or LTE
you want us to consider, please submit it to skip@ or steve@granitegrok.com.

Please email the Executive Council and urge them to decline MacDonald’s nomination if you do nothing else today (see below). 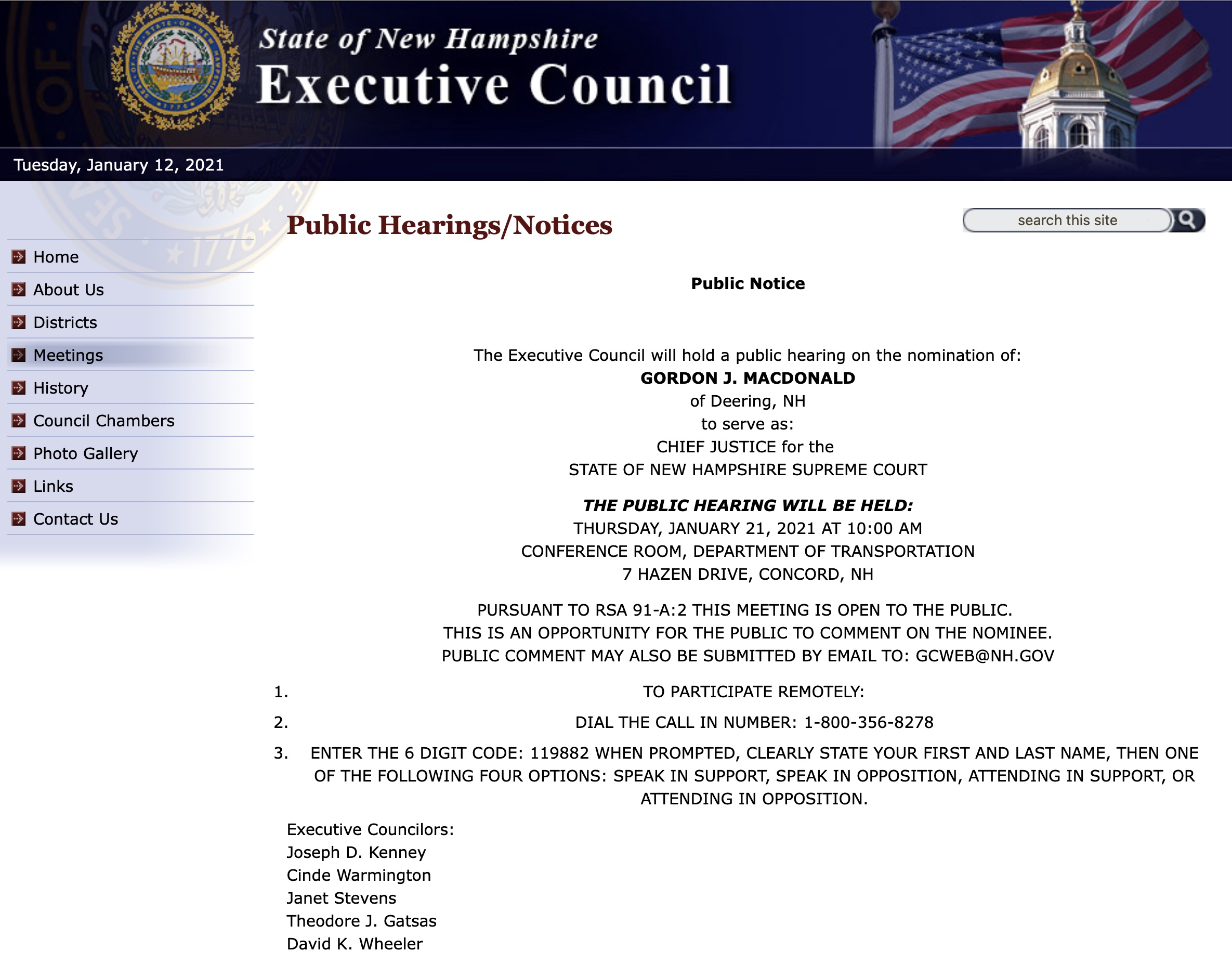 You may participate in this process in three ways:

1) Go to the meeting on the 21st in person (they’ll probably make you wear a mask—resist if you are so inclined),

2) Attend the meeting using their call-in number, or

3) Email the Executive Councilors and give them your reasons why Gordon MacDonald should not be trusted with the highest judicial office in New Hampshire.

There are several reasons to oppose MacDonald’s nomination to New Hampshire’s chief justice position, not all of which have to do with RebuildNH’s mission, and we are going to list all of them here for your review and consideration:

If this man has so much baggage before taking on the state’s top court position, we are confident in saying that he does not belong on the N.H. Supreme Court. Please oppose his nomination and defend your liberty today.

GraniteGrok.com accepts Letters to the Editor or Op-Eds. If you’d like to submit one for consideration please email steve@granitegrok.com and include “Op-Ed Submission” in the Subject line. Submission does not guarantee publication.

Why I Won’t Get the Vaccine, Slavery, the Windham Election, and More
Rebuild NH COVID-19 Legislators Policy Summit
Debate Discussion with Liz Gabert and then Guest Cassie Smedlle from the RNC