Planned Parenthood is promoting “Rally for Abortion Justice” events organized by the Women’s March and being held around New Hampshire and the country on Saturday, October 2.

Rally for Abortion Justice events on 10/2: These rallies are a demonstration of our collective uprising lead by Granite Staters who have been, and are continuing to fight to defend access to abortion care.

Many will be at these rallies demanding that New Hampshire return to allowing abortion until birth for any reason and that abortions should be paid for by the taxpayers.

I expect a lot of Nashua state reps as well as Nashua State Senator Cindy Rosenwald and former Nashua State Senator Melanie Levesque will attend the Nashua rally. They believe abortion is the best thing that ever happened to women. We will be there with signs in support of protecting mothers and babies from the scourge of abortion.

Find your closest rally at Attend a March on October 2 | Women’s March (womensmarch.com). 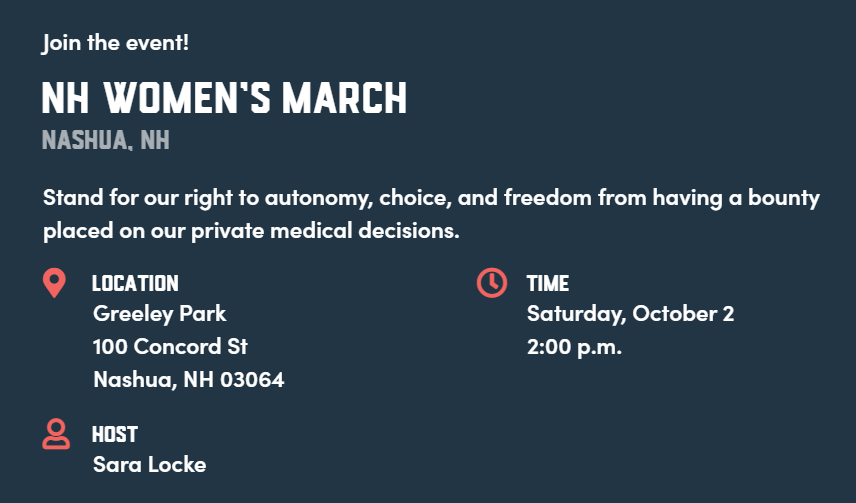 Beth is a New Hampshire resident.