First, let me state up front that I am merely an “enlightened amateur” as far as anything survival goes.  So please vet and check on your own.  Consider these to be priming the pump for your own investigations.

Second, the hour is late and I fear bad times are imminent, but even a month of food, water, etc., puts you well ahead of most of the sheeple.

Third, two things will be critical for this:

For starters, this is a MUST READ (HT Surak’s post) – but here’s a sampler of the mentality we face.

Gas lines? Fine: Just switch to electric. No heating oil or it is unaffordable? That’s all the better for solving climate change.

No bags in the stores? Just bring your own. No meat? Eat veggie burgers. And so on.

These people are part of a cult. They do not oppose poverty. They think it’s about time we experienced it. Poverty is good for us. Deprivation is plenty. Inflation is prosperity. Empty shelves are a reset to the way things should be.

These are people for whom socialism was not a failure but a triumph in which people learned to become a new form of community through suffering. In fact, they are pro-suffering. It’s a new form of leftist ideology that has gained steam for decades. Now they are in charge. They get perverse pleasure out of the whole scene. 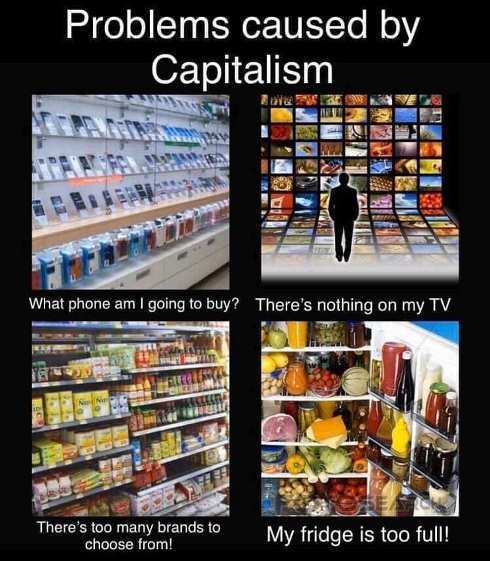 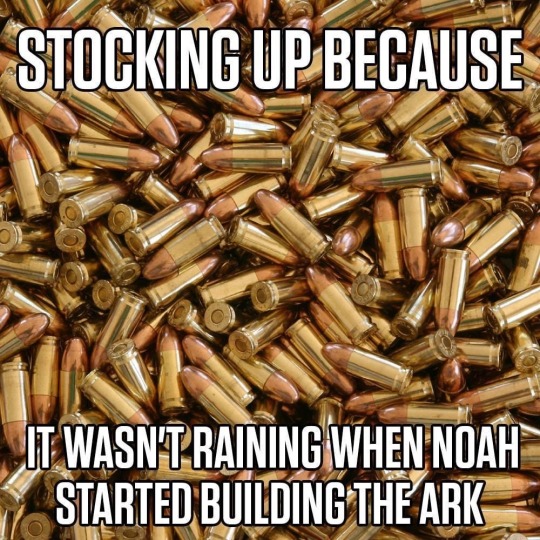 Presented, quick hit style, are some links.  Print them out and start a binder – if the SHTF badly enough you won’t be able to retrieve these off the net or, possibly, even off your computer.

What Should Preppers Have in Their Winter Emergency Kit?

9 Ingenious Ways To Keep Looters Away From Your Property

What are the warning signs being given?  Power, for example:

Potential Energy Shortages So Severe They Could Trigger Social Unrest

I’ll go out on a limb and make a prediction: it’ll happen around Thanksgiving.  Imagine: travel snarled, people stranded, and the quintessential American holiday ruined and forever smeared and tarnished with the events that unfold after.  That, or Christmas.  Same rationale, except if it’s a global outage the global – at least perceived – ruination of Christmas would ensue.  That’s how they think, I think.  More pertinently, and related to the awakening addressed here, I think they’re very scared that the signal, with its parallel resistance, is spreading so quickly.  That’s why they’re so desperate to silence everyone and every communication channel lest people start asking “inconvenient questions” like Are An Alarming Number of Athletes Dropping Dead After Getting the COVID Jab?

How To Identify, Treat, and Prevent Chicken Lice

We have neighbors with chickens and other animals.  Both kids were interested in helping out but I asked and never got a reply.  There’s another guy around the corner with a massive chicken coop – perhaps they’d let the kids see what’s involved?  On the flip side of foul:

7 Reasons Why You Should Not Get Chickens

A friend with chickens has opined that while the fresh eggs are great, in his opinion they’re more trouble than they’re worth.  At the same time, at present he has the store option – what if that’s not an option?

Is This Administration Actually TRYING to Accelerate the Economic Collapse of the United States?

YES.  Remember the goal: A country… a world collapsed, and the people starving, scared, surrounded by death, and grindingly desperate.  Then they’ll reach for any hand that’s offered to save them, in this case the “benevolent” hand of a one-world Socialist government.

Why the Supply Chain Crisis Is About to Get Much Worse

5 Survival Myths That Can Actually Get You Killed

I, and others I have known for years, are trying to “feel out” the neighbors in our respective areas… and at least insofar as my own experience goes, I’m finding a remarkable lack of actual interest in anything, and a disbelief that there are anything more than temporary inconveniences.

Here’s hoping they’re right.  But better to have it and not need it, then need it and not have it.  Just be careful not to let too much out – if you talk about already having preps, they’ll be knocking at your door if the fit hits the shan as badly as I fear it will.  People who had TRUMP signs out would, definitely, be the first people to approach…

You’ll laugh: I sent some pictures of my basement to some friends in Israel; one replied with “Holy sh*t you’re ready for Armageddon”!

Now, this is NOT medical advice and somewhat risky depending on the precise conditions and ailments for which you take medication – so definitely “do your homework” before you embark on such – but in a SHTF scenario there will not be pharmacies open.  With luck, things will settle down quickly, but can you count on this?  Further, even most insurance plans only permit 90-day supplies so if the disruptions last longer you can be in a world of hurt.

So one suggestion I’ve read is to skip a dose every few days.  As I understand it, most meds have a decay period in your system so this can help you slow down your consumption to build up a supply as well as slow your use from habit when things go south.  This is something to investigate carefully, however, before embarking on this.  Do this before you are faced with an imminent exhaustion of your supply because things have gone spicy.

A second possibility, if your doctor is like-minded, is to see if he can write scrips for you on paper, that you take to a pharmacy that’s not your normal one.  Pay cash.  In parallel, it might not be your doctor that is willing to do this, but a good friend who is one.

This is a yuuuuuuuge issue especially if you are getting into “seasoned citizen” territory.

And no, I’m not broadcasting what I’ve done, or how long a supply of my and my wife’s scrips I have… but it IS longer than 90 days. 😊

In parallel, stock up – cash only! – on at least a 180 day supply of multivitamins and other useful supplements.  And are there OTC herbals or other nostrums that can be used in a pinch as a substitute for your scrips?  OTC things like pain killers, cold & allergy stuff too.

Lastly, in general, work on losing weight and at least making a pretense of exercising.

What do they know that we don’t?  And it was a month or so ago that I read that Germany was telling its citizens to stock up and figure out how to stay warm in the winter in the event of long power outages.

Hmmm.  And building off China, with some great links; If you don’t believe “preppers”, how about believing China’s official government warning?.

I had mentioned black walnuts – tasty but an enormous caloric expenditure to get the meats out, at least in small lots; someone emailed me this video about making dye from black walnut husks:

In parallel with this, think about your daily life, what might you need to have done, what you can do, and attempt to develop some skills.  In a previous life I used to know how to do basic plumbing; it might be worth brushing up on joint sweating, laying in a smallish supply of copper water pipes and joints and such.  If things are long-term bad you cannot go it alone.  Understand what you’re good at, what you’re not good at (my raised-bed was good for a few peas, some nice basil and rosemary, and that’s about it)… so that’s why I’m focusing on foraging and learning food preservation techniques.

Please reread my essay about Converging Downturns.  Whether natural, human-nature cyclical, or engineered, I fear we’re in for a rough time.  And, likely, violence as we see no option to take back America for liberty.  Alas.

And to round out this Survival Sunday post, a few videos – please note, I don’t endorse every idea within, but as good starting points, great stuff IMHO:

(Language alert on the first one)

Please put your own ideas / links / etc. in the comments, and if good I can fold them into the next one.