So, The Domestic Terrorist said to the Left Wing Agitator... - Granite Grok
Skip to content

I have no idea where this post is going to go but the title just popped into my head and I thought “there’s GOT to be a post in there somewhere, right?” And then this old song’s lyrics popped in as well:

“Clowns to the Left of me, Jokers to the Right…here I am”
(Stealer Wheels – “Stuck in the middle with you“)

So, Domestic Terrorist, Left Wing Agitator, Clowns, and Jokers.  What is to be made of these?  Let’s start with this:

The Cook report said Sen. Maggie Hassan of New Hampshire is in a race that “leans Democrat.”

Republican Gov. Chris Sununu recently announced he will run for re-election, setting off a GOP hunt for a candidate to oppose Hassan, according to The Hill.

“Because Chris Sununu waited so long and decided against running, Republicans do have to scramble to figure out who is the next best candidate to make the best challenge to Sen. Hassan,” New Hampshire GOP strategist Mike Dennehy said. “I don’t think anyone could say differently, including Chris Sununu, because that’s just a fact.”

Yep, Chris Sununu pulled a Corey Lewandowski. Just like what Lewandowski did to the US Senate race here in NH the last election – it threw the Republican side into turmoil and both made it about them instead of the race. Both took way too long in “teasing” the voters on “Am I in or am I out” and it turned into a recursive cycle for both of them.

Cutsie moves by both?

Only if they believed themselves to always be the center of attraction.

In the meantime, I will now blame both of them (after the fact for Corey and future fact for Baby Huey) for running out the clock for the “replacement candidates” to have sufficient time to ramp up supporters and donors to have credible campaigns. And Corky Messner lost last time.

And the NH GOP is SCRAMBLING to find a replacement for Sunuflu (and all the time giving the back of their hand to General Don Bolduc with airs that he doesn’t even exist. I’m betting that if he won the Primary, the NH GOP would treat him like Joe Kenney when he won against The Favorite Son).

So, are they Jokers or Clowns?

While I’m not Corey’s favorite guy on the Internet for saying it was time to fish or cut bait, Sununu went WAY past that and called any Republican not supporting him by talking about Vaccine Mandates and Voter Fraud “Left-Wing Agitators“.  Nice, nice, nice.

Sidenote: I’m thinking that the VAX, him bringing in a ton of State Troopers to an Executive Council meeting where it was hard to tell which were more numerous, the Troopers or the Audience, and “Public Health trumps Everything” is really sealing the deal for the Liberty / Freedom / Conservative wing of the NH GOP.

Way to go – using the language of the Left to excoriate your fellow Party members. Good times – just like when his Daddy’s NH GOP did the same thing to the NH TEA Party coalition and all of the folks that COULD have been fervent supporters. Diss them and guess what happened after they had put in a couple of cycles of hard work…

So, Joker or Clown? And this coming from the supposed Right side of the political aisle? And the NH GOP putting out that Letter standing right behind him in all this AFTER a majority of County Committees voted FOR the Resolutions?  You had a small revolt on your hands and now you’ve decided to fan the flames with this Zippo FireFast Bellows: 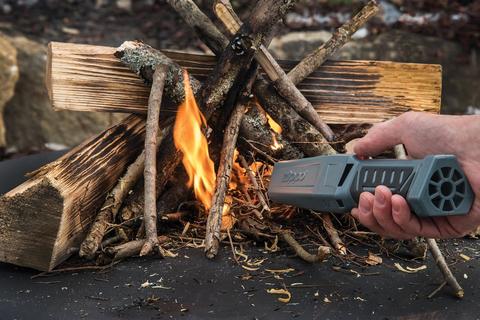 (Full Disclosure – I have one, and it works GREAT! From coals to a “burn your face off in a hurry” heat creating tool.  Jury is out on how it works on Political fires but it seems that Chris is intent on trying it over and over and over and over again.  And I didn’t even have to throw a single match!).

Seriously, who is at the rudder of the good ship (as they unseriously called themselves) Team NH GOP? As I asked, was this done of the free will of the NH GOP Administration?  Or were a number of arms twisted out of their sockets to make a point (never mind that the point missed)?  Turns out that a number of folks have reached out since I put that Letter up – they are livid and “revolt” may well be too tame to describe what Team Sununu has fanned.  You know what happens when a fire goes out, right?

Just ashes. “Dust in the Wind” (yet another old song).

And of course, need I remind you that both the Obama and now President Asterisk’s Administrations have labeled me as a Domestic Terrorist. The Lightbringer because of my both my immutable attribute (I’m white, just like his Grandma who raised him – dissed her as well) and others (e.g. Conservative, Evangelical, middle-aged (at the time, anyway). And with consultation with the National School Board Association, double down with that title again.

It’s the stereotyping hypocrisy that they so often overlook in themselves.

So I complain about how School Boards are treating Parents and the Policies that are blatantly discriminatory – and now I’m betting that the FBI now has a dossier on me for my posts, my comments at the Gilford School Board, and my lawsuit.  Not much more I can do than do the actual things the NSBA and US AG Merrick Garland accuse me of – violence.  Yep, they’ve adopted the Left’s idea that ALL speech from Conservatives is actual violence.

Well, I warned you that I didn’t know where this was going to go – and I still don’t know where it ended up. But I am sure of one thing:

And the truth is, that IS the truth for a lot of you readers as well. The Left does it because they truly hate me (and you).  I’m getting the feeling that the GOPe now hates me as well. I’m betting that most of them aren’t to my Right either, so they have no idea what a Left Wing Agitator is.

And they are to the left of me as well. Clowns all.