The Wave: A Short Movie about a 1967 Classroom Experiment - Granite Grok
Skip to content

People are calling for the unJabbed to be denied medical care. Deprived of freedom of movement, denied places in society at all. Even denied access to food shopping, with discussions of forced relocations and quarantines.

All over a virus with a >99-point-something percent recovery rate without intervention (let alone with known and effective non-mRNA treatments).

Let’s look back in time to 22 years after the end of WWII.  And how easily high school students, many of whose parents likely fought in that noble cause, were led along to turn on others and become obedient little Party members in a real-world classroom experiment.

It’s a movie but based on a real event.

Remember, this is a scant two decades after we fought the bloodiest war in human history against this kind of thing.  Now… based on the rhetoric I’m reading, we’re well into Stage Six – with some places like Australia into Stage Seven: 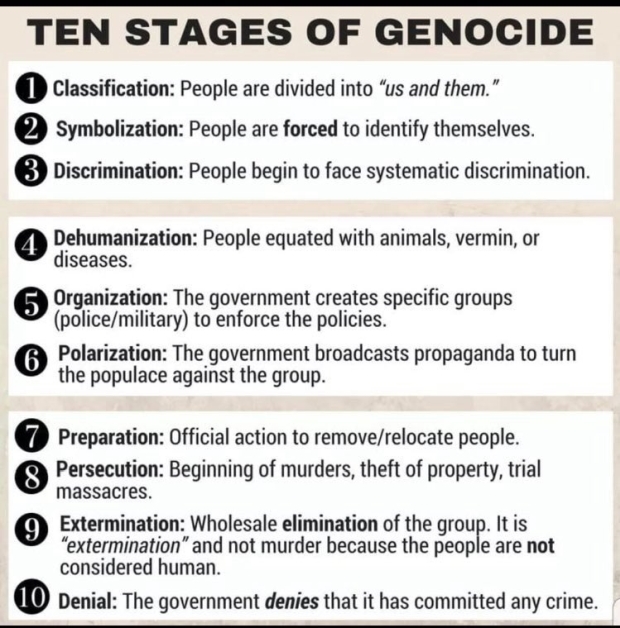 And in the name of “public safety” and “health emergency” governments worldwide are preparing to do it again.  At a local school board meeting parents and grandparents, Mask Covidians all, bleated for students to remain muzzled “for the public good”.  Because safety.  Because scaaaaary virus.  And as the FBI prepares to target anyone uppity, who are the targets?  Anyone who won’t go along with the New World Order under the “enlightened expert rule” of the so-called Expert Class Oligarchs. 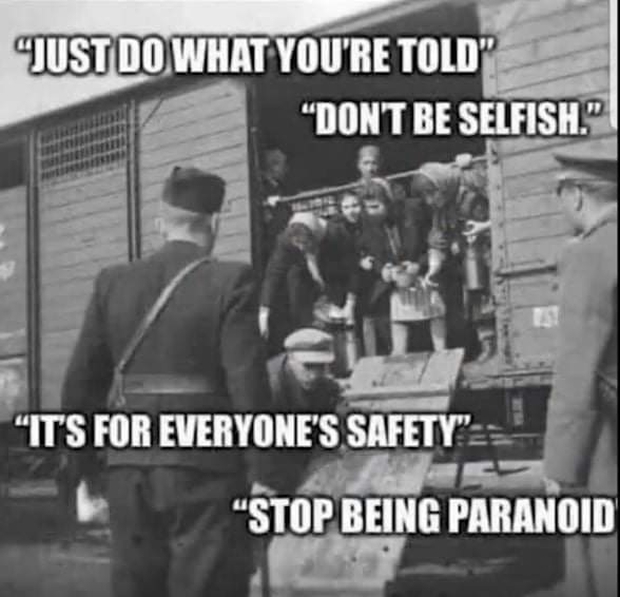