Another win for Team Swamp. The vaccine that was supposed to ease symptoms appears to do the opposite. The latest expert opinion suggests the Jabbed need to wear a mask, can be asymptomatic carriers, can transmit the flu, and are at risk of hospitalization and death if they survive the potential side effects.

The only thing more egregious than that is their swampy obsession with hiding these facts and insisting that none of them are true or that they are exaggerated. And the only task that remains is finding a way to silence the press in nations like Israel which went all-in on vaccinations and are suffering wildly for that.

According to Dr. Haviv, the vaccinated account for 85-90% of all new hospitalizations and 95% of “severe” cases at the Herzog Medical Center in Jerusalem.

He explains how one infected patient will spread the virus to “a large number of people” and that it doesn’t just happen “here or there,” it’s happening frequently.

In Israel, many in the medical establishment believe the solution to the bad vaccine is another one.

Is it just me, or are they all trapped in an echo chamber?

Related: Success! Biden Announces 106% of U.S. Population Has Been COVID-Vaccinated.

A vaccine does not protect you from the flu. It is a blind shot at a constantly moving target: the better the guess every flu season, the fewer hospitalizations or deaths.

The only measure is averaged against previous flu and seasons.

This “flu” mutates like any other flu, and like other flu, the mutations are often less severe (or so I’m told), and this most talked-about mutation appears to be weaker but more contagious unless you got The Jab?

It’s a strange place to be given the facts because the facts can be hard to find. Make that damn near impossible. And now the Vaxx Manufacturers have injected their control groups with an actual vaccine, so we no longer even have that. More reason than ever to get your own Vaccine Control Group Card.

As for data we still have, in New Hampshire, based on the state’s own reporting database, the original virus, absent any vaccine had a nearly 99% survival rate. 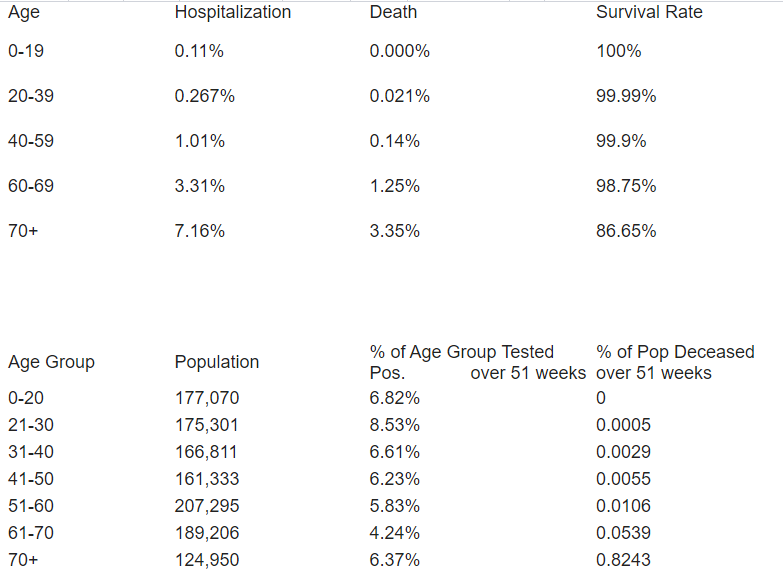 If you were under 65, the chance of needing hospitalization was near zero, with the likelihood of death being almost zero because Flu tends to kill people who are already sick, and the Wuhan Flu was no different. The difference was media terrorism and political tyranny, which may have been as or more detrimental to public health than doing nothing.

And more of that is on the way.

The plague doctors are spun up, their political cronies preparing to do more harm than good. They want more of the same when the answer – already proven in Sweden – is to do nothing but go on living. To allow nature and evolution to do their work. To allow free people to choose how they will respond will do more to improve public health than a society engineered by those who cry wolf and may – believe it or not – be doing it for the professional or political benefit, not public health.

The Original featured Image was Made by Jimbob. Please support artists willing to skewer the establishment.