MANCHESTER, NH MAY 14, 2021–Manchester mayoral candidate Richard H. Girard, a former at-Large member of the Board of School Committee, released his plan to revive the city’s sagging schools.

In announcing what he called The Manchester Educational Marketplace, Girard released three graphics demonstrating that while total and per-pupil spending has soared since 2009, enrollment and test scores have crashed.  Girard used the charts as evidence that the system is failing and that spending more money won’t solve the problem.

Please Submit Group communications or Press Releases for consideration to
steve@granitegrok.com or skip@granitegrok.com. Submission is not a guarantee of publication.

“Manchester has failed to respond to the needs of its families.  As a result, they’re either leaving the city or sending their kids to non-Manchester schools in record numbers.  Parents and taxpayers have lost confidence in the system and it’s time for an overhaul that enables our educators to provide the options families are looking for in the Twenty First Century.” 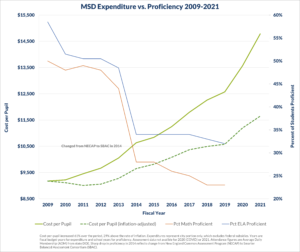 Girard believes that for the system to truly innovate and create new educational options, then parents must be free to choose what school their child attends.  His plan would have the “money follow the child,” meaning, whichever Manchester public school a Manchester parent chose for their child, the district would pay that school for the child’s education.  He also said that choice wasn’t enough; that the district needed more options for families to choose from.

“Unleashing the talent of our district’s educators is key to making this work.  The district cannot compete with the more nimble, focused and responsive non-public options families have today, but individual schools can so we need to make that possible.”

Girard said that current state law that enables local school boards to approve charter schools that would be funded and overseen by the district as any other school could spur innovation. Those statutes allow non profits, including, but not limited to, a college, university, museum, service club, or similar entity; a group of 2 or more teachers certified by NH; or a  group of 10 or more parents to petition the school board to form a locally chartered public school.

“That really opens it up for innovation!  Imagine the possibilities!  They’re virtually endless!  Gifted and talented, dual immersion, special needs, at-risk, STEM, performing arts, the Humanities, ‘early college high school,’ vocational programs, year round school, etc…Let’s give our educators the chance to demonstrate why parents would want to choose a Manchester public school.” 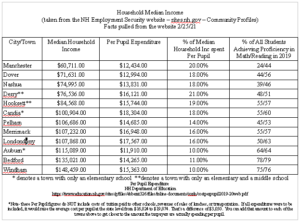 Girard said that choice has changed education and the district simply has to come to grips with that reality and change how it operates so it can effectively compete for students.  Closing buildings or spending more money and doing the same things won’t work and hasn’t worked, he said.  He said the city’s school district had to do things differently to stop families from fleeing the schools or the city in search of options that better meet their children’s needs.

This is about creating new and better options for families that provide them with the personalized learning options they need and want and that our children deserve.  If we do this, I believe we will revive and rescue our public school system and the city will thrive because of it!  It will take time, patience, care and determination, but, as mayor, I will be committed to seeing it through.  Our kids and our city are worth it!

Note: Shared Content may not necessarily reflect the views of GraniteGrok.com, its Ad sponsors, Donors, or individual authors.