(or, if you are from Winchester New Hampshire, “deah Walmahts”) Many heartfelt thanks go to Walmart Cuck Executive Officer, Doug McMillon. Thank you ever so much, Miss-ter McMillon for your recent decision to remove certain ammunition sales from all stores.

As you know, for a very long time local “Mom and Pop,” gun shops have experienced anemic ammunition sales due to Wal-Mart’s crushing, clobbering ability to volume sell ammunition, undercutting these local stores. Manufacturers will now be forced to adjust markets in order to realign the local markets you have abandoned. I have always contended that Wal-Mart stores were never really invested in our communities, apart from the profit margin. I am not being critical of markets, only stating the obvious, as confirmed by this decision.

Another benefit of Wal-Mart selling less ammunition is a reduction in liability. Wal-Mart has been the traditional, “go-to,” source for FUDDs and Noobs. FUDDs and Noobs, for a long time, depended on the FUDDs and Noobs behind the counters at Walmart for FUDD advice or Noob Advice.

When a Wal-Mart FUDD/Noob associate was not available, the idiot from Lawn and Garden, Sporting Goods or Infant apparel was always handy to answer questions about “bullets” for their Shotguns.

Many Wal-Marts around here no longer sell firearms. This is a great thing. That dispensed with the serial flagging of other Wal-Mart Customers by FUDDs and Noobs with firearms. No more fingers on the triggers. No more Associates trying to sell broken or damaged firearms because they had been dropped on the floor. No more Muzzle Loader returns because of the customer’s failure to figure out where the “bullets” went in. No more FUDDs and Noobs asking, “How much Kick back, does this gun have?” The Clerk from towels no longer has to guess and say, “A lot, man!”  No more selling of the incorrect ammunition. All those problems are now well behind you. With each layer of firearms and ammunition Walmart seeks to eliminate, gone is another layer of incompetence, ignorance and Noob-folly.

Now, Wal-Marts can focus on more important things…Like the new Cuck lines the marketing director will pump out to anxious customers. The Wal-Mart customers will have a whole, new different smell! Just imagine.

Finally, Walmart seeks to substantially adjust its market; to reduce its middle-American customer base. The bulwark of “who,” constitutes the substantial revenue stream. When it is time to thin the herd, go big or go home.

It is most admirable the endeavor to seek diversity in your customer base! Just Think of the Volvos, Land Rovers, BMW’s, and Prius’ filling the parking spaces at the local Wal-Mart. Tumble weeds furling across empty lots at IKEA, Starbucks, FAO Schwartz, That will be a whole new kind of Walmart Shopper smell!

Walmart, I applaud you for helping unite America, supporting our local gun retailers and engaging in responsible gun sales.

Mr. McMillon is a FUDD. Another who says, “Ban theirs, not mine.” Another who thinks the Second Amendment is about Duck Hunting and Deer Hunting.

One thing overlooked here is that nationwide, a considerable amount of crime occurs at Walmart Stores and on Walmart property. Wal-Mart never began any political campaigns against other assaults, deaths or injuries on their properties, until a gun is involved. None of the current measures proposed by Wal-Mart will thwart these heinous attacks. This is more corporate virtue signaling to the left that Wal-Mart has picked a side and is on board. 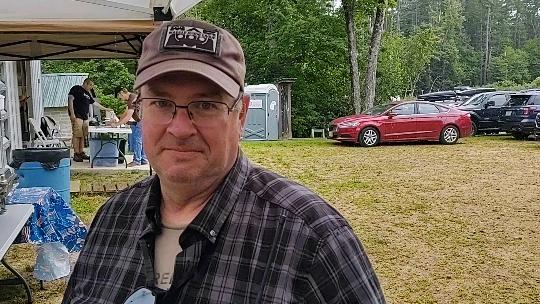 Rick Olson is a veteran of the United States Marine Corps, and a graduate of Southern New Hampshire University with a BA in Social Science. Rick subsequently attended Massachusetts School of Law in Andover MA. Rick takes up second amendment issues on Granite Grok, as well as issues surrounding hunting, fishing, trapping and wildlife issues. Rick Olson is a former Police Officer and Deputy Sheriff.
He is Past President of the New Hampshire Wildlife Federation, Past President of the Londonderry Fish & Game Club, and current Board Chairman.  Rick is a nationally certified firearms instructor and a Hunter Education Instructor. He can frequently be found teaching Urban Rifle and Defensive Pistol classes as an Instructor with Defensive Strategies in Goffstown, NH.  Rick resides in Manchester with is wife Lisa. He has three children and six Grandchildren.