Do Nashua residents realize that when Mayor Jim Donchess tells them about the budget he only seems to be giving us “part” of the budget?

A resident must realize that there are a lot more expenses that our mayor is not telling us about.

Example: Nashua residents need to pay an extra $5 million for solid waste even though our bills are going up 35%. Our mayor just seems to drop this figure off “his” budget numbers.

What about all the Debt Service (mortgages) that the Nashua residents need to pay back.

Since 2017 this mayor has taken on $139,495,000 in debt and it’s on our backs. While it is understood that low-interest rates make borrowing favorable, officials are not exercising careful deliberation in taking on debt burdens. After all, taxpayers already have their own debts to carry. And the Mayor can’t blame the state for these expenses.

Nashua residents talk about how much of an increase each department has gotten since 2016 in their budgets: 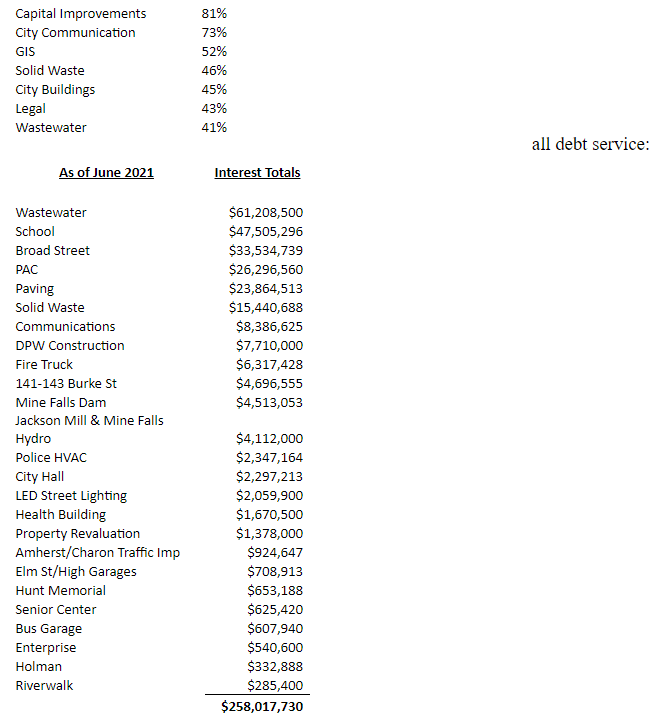 Then the city took out a bond (R-19-187) for $6,000,000 for the design and construction of a Division of Public Works office facility.  The resolution stated that the proceeds from the sale of 141 Burke Street would be used to fund this project.  Rather than paying off the 2015 bond for Burke St, the City simply layers on the debt.

Residents should all question this type of debt management.

Nashua taxpayers need to have a mayor and a Board of Aldermen that will control spending and put the will of the people first.