So the NH GOP Needs a New Executive Director? Or Will This Be a Triple Dip? - Granite Grok
Skip to content

A little birdie tweeted in my ear earlier this yesterday morning (had to be in my ear – I’m not on Twitter anymore) that NH GOP Exec Dir (and NH State Rep) Joe Sweeney got a new gig: 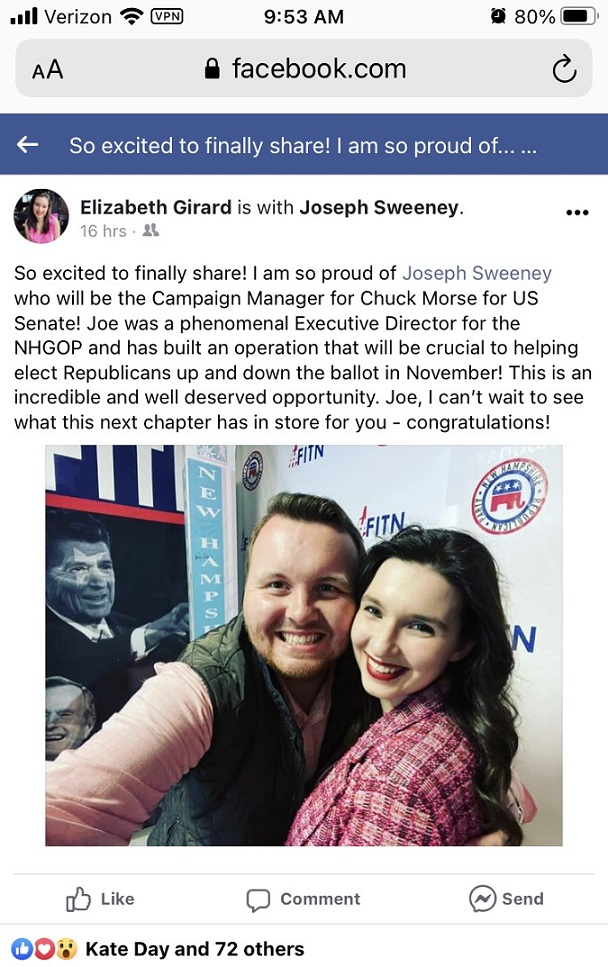 And given the past tense (“…was a phenomenal Executive Director for the NH GOP…”), that means there’s an opening at the NH GOP organization.

Gosh, what do you think, readers – should I throw my hat into the ring?  And if I did, would they return it (or trash it)?  After all, the NH GOP seems to have this love/hate relationship with GraniteGrok (and thus, with me).

And it’s not always clear what phase of that push/pull we’re in at any given time. Not that it matters to us – we just keep doing what we do.  This, sent in by someone else that saw the announcement, had this to say in that it was very good news indeed:

Sweeney is very swampy but this is the first I’ve heard of that. Good riddance. He has been a terrible influence on party policy and a Sununu stooge in the NHGOP.e

After all, we’re not like the other [media] – we don’t fuss over “access” like those other media folks have to as we ALWAYS have stuff to say and write about.

Besides, we always seem to have friends that can send us stuff that we’d get blocked from getting ourselves – and we love’em to death!