New Hampshire left-wing lunatics shared their lunacy in glorious displays of idiocy, outright lies, and absolute ignorance of the truth over the Rittenhouse verdict yesterday.

It appears there is a huge need for some serious mental health help for these people.

Three ‘innocent victims?’ I think she means the three men who were actively trying to harm Rittenhouse, including the scumbag who pointed a loaded pistol at his head. Yep, she’s an idiot.

Then there’s this moron who somehow ties CRT with the Rittenhouse trial involving ALL WHITE MEN:

Of course, here’s a Democrat State Rep who somehow manages to infuse race into a case involving… wait for it again… ALL WHITE MEN: 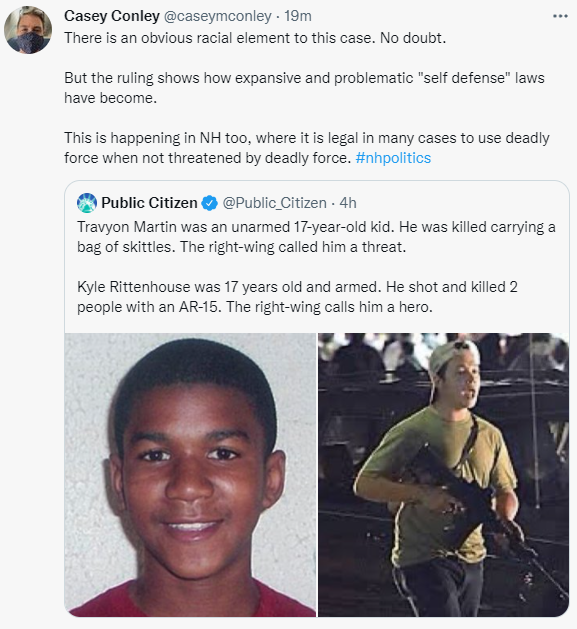 Not sure who this idiot is but clearly a leftist moron:

The ACLU of NH, once an actual Civil Liberties organization, also retweeted some absolute crap from their head organization. There was no white supremacy in the Rittenhouse case. EVERY person involved in the case was WHITE. The only people committing acts of violence where those in defense of BLM. If you really want to be disgusted, read the tweets from their head org here:

Another useless, ignorant, racist Democrat State Rep decided to chime in and prove her uselessness, ignorance, and racism: 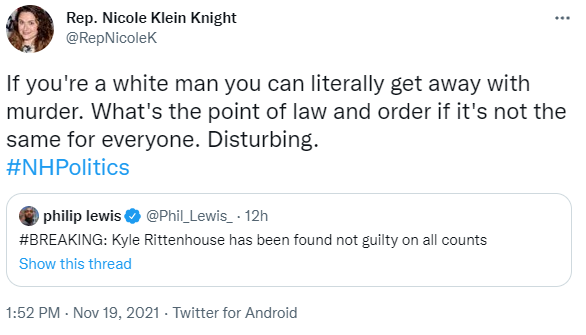 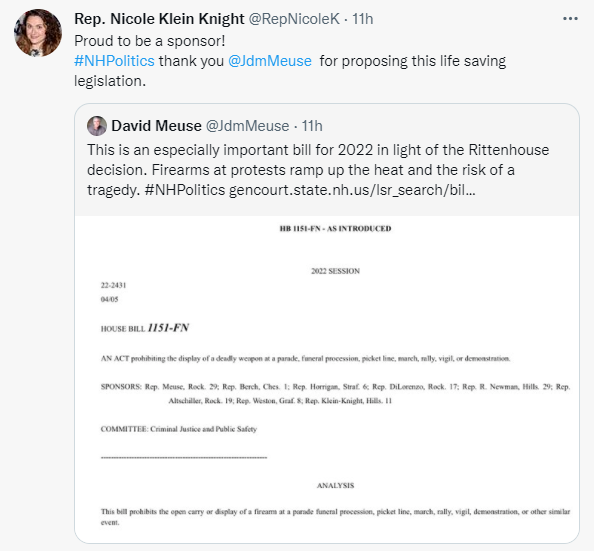 And of course, who could forget one of the biggest left-wing loons in the entire State of New Hampshire, Representative Sherry Frost: 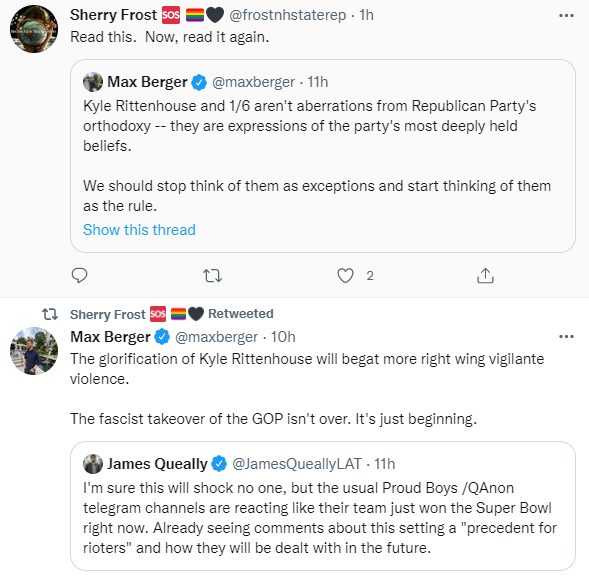 Don’t be like them. In fact, be the complete opposite of them, and while you’re at it, vote these psychopaths out of office. They hate you.

Kimberly Morin is a political activist in the Granite State. She is a lifelong Independent who calls out both sides of the aisle when they screw up. She’s a weekly guest on the nationally syndicated radio show, Real Side with Joe Messina, and a frequent flyer on The Independence Gang.