Brentwood's former NH State Senator Jon Morgan ("Goober for Gubnor") has made it to the bright lights! - Granite Grok
Skip to content 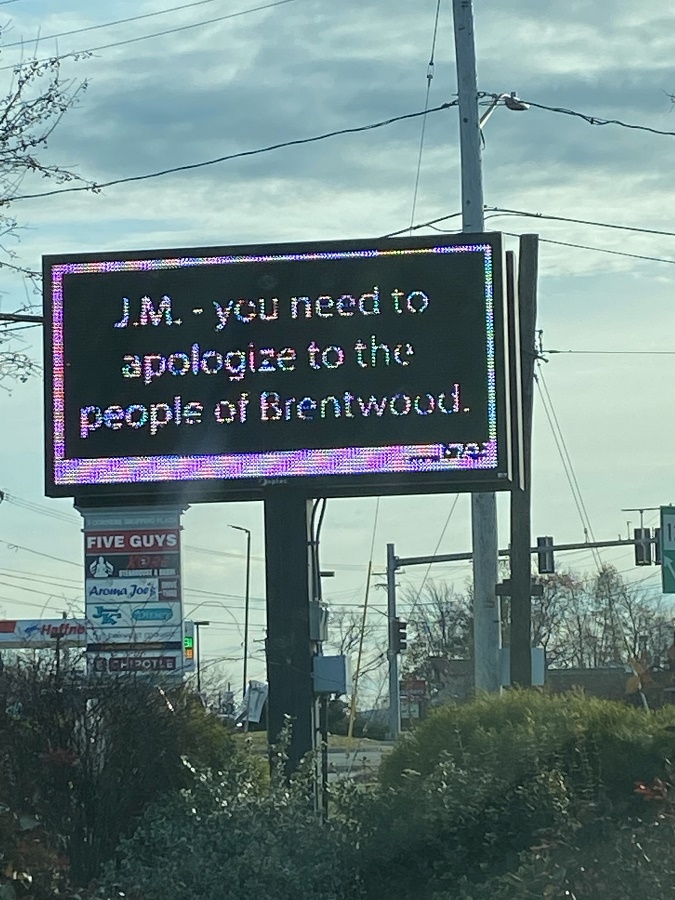 Now, I know I have the reason WHY someone decided to make a bright point about Jon Morgan around someplace in here….where did I put it?…..standby, folks. Something to do with Diversity, Inclusion, and Equity, I know. You know, that acronym that is ALL the rage with the Leftists that have taken over the K-12 Government schools:

Yep, because it’s killing off those schools via indoctrination instead of bolstering their academic rigor.  Hey, if you can do the latter, do the DIE bit, right?

But yeah, Jon Morgan decided that he was the Supreme Arbiter as to what is Right and what is Wrong with Brentwood. And let everyone know about it publicly.

And someone just very publicly told him what he now needs to do.  And where to put it, as well.

I’ll find it….after all, it was a GREAT way to influence people to vote for him.

Oh, the “Goober for Gubnor” bit? A couple of little birdies sang to me that he has delusions of running for NH Governor.  Sure thing – insult your home town while you’re thinking about is a BIG step forward to that goal.

I’ll find it, folks, just give me a bit of time…