The NSBA Apologizes ... To NSBA Members, NOT Parents - Granite Grok
Skip to content

When the National School Boards Association sent a letter to the United States Attorney General making a comparison of parents to domestic terrorists I knew that would backfire.  You can’t fire off shots at a mama bear who is defending her cubs. 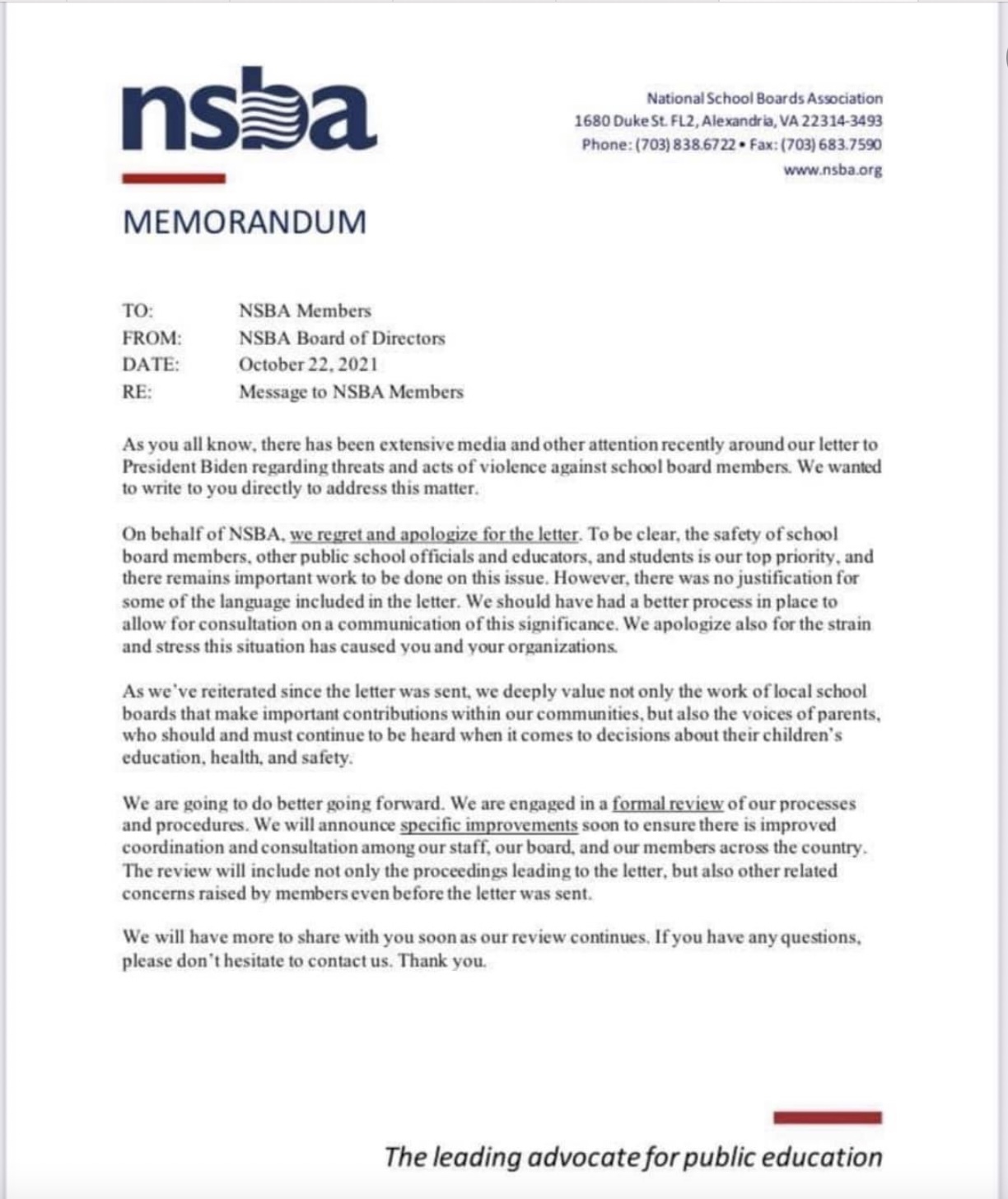 This incident has parents learning about who the NSBA is and who funds them.

In New Hampshire, many parents may not know that there is a New Hampshire School Boards Association (NHSBA). They are funded by the dues that come out of your school budget. The NHSBA then pays dues to the National School Boards Association (NSBA). In other words, parents are paying for two lobbying organizations that they do not support.  That’s generally called a SCAM.

The NHSBA lobbies in Concord on proposed legislation. Oftentimes their testimony is in opposition to what parents want in their local schools.

arents pay lobbyists to lobby against them!! It’s crazy.

The best thing to do is just cut the funding. Why should you pay for lobbyists who may be lobbying against what you stand for?  The teachers pay for their lobbyists. If school board members want to pay for lobbyists, then let them pay the dues out of their pockets.

Now is a good time to let your local school board members know that you want those dues cut from the budget. They may tell you the NHSBA develops model policies for us based on the laws that are passed, but that’s not needed. Parents are also paying attorneys that work for the district. Ask them to come up with the policy.

And what did they do before the NHSBA? They developed the policies on their own.

The next time you hear a call for more funding to the public schools, ask if dues are paid to the NHSBA. If so, that tells you they have money to waste.