Breaking: Attendees at Council Meeting Are Being Removed or Arrested for No Apparent Reason [Update] [Update 2] - Granite Grok
Skip to content

The Executive Council is voting today on several vaccine-related matters. These may include the vaccine registry expansion and do include accepting or refusing tens of millions from the Feds with conditions suggesting NH would be at the CDC”s beck-and-call to enforce mandates related to COVID19.

The last meeting was canceled after a few participants got a bit loud and rowdy. Gov Sununu and the pro-vax louts worked the fearful circumstances schtick and moved the meeting and the votes out to today. Maybe one of them “stepped on his lawn,” if you take my meaning.

This time, there’s a crowd and signs but no reports of interruptions. 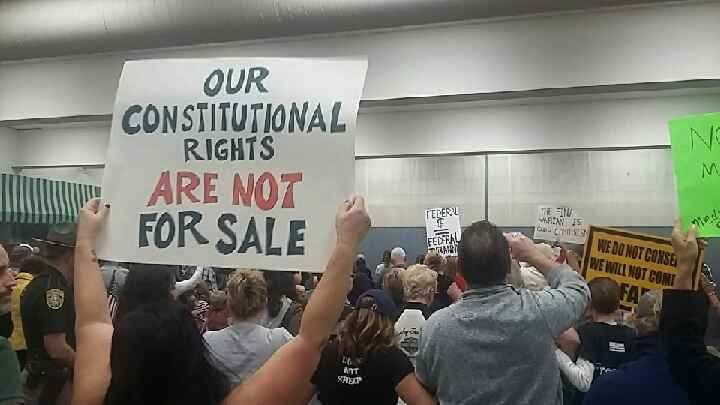 At one point, the entire crowd (or most of them) quietly turned their backs on the Governor. Not sure if he was coming in or speaking. We’ll get more on that at some point. 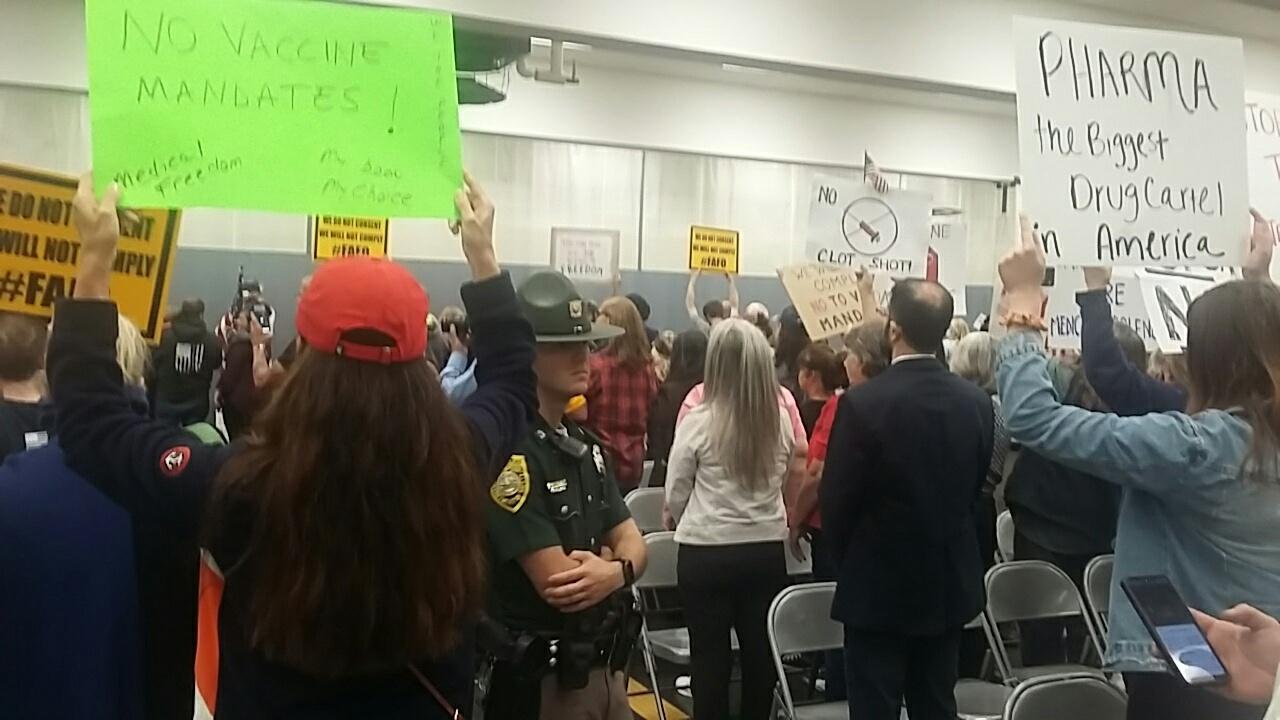 Everyone is said to be behaving themselves, so why were several people approached by State Police and escorted out (presumably under arrest).

Based on reports from those on-site, they were just minding their own businesses or talking in whispers to those near them. (Thanks to Ken Eyring for the pics.) The only disruption to the meeting has been the “arrests” or whatever this is at this point. 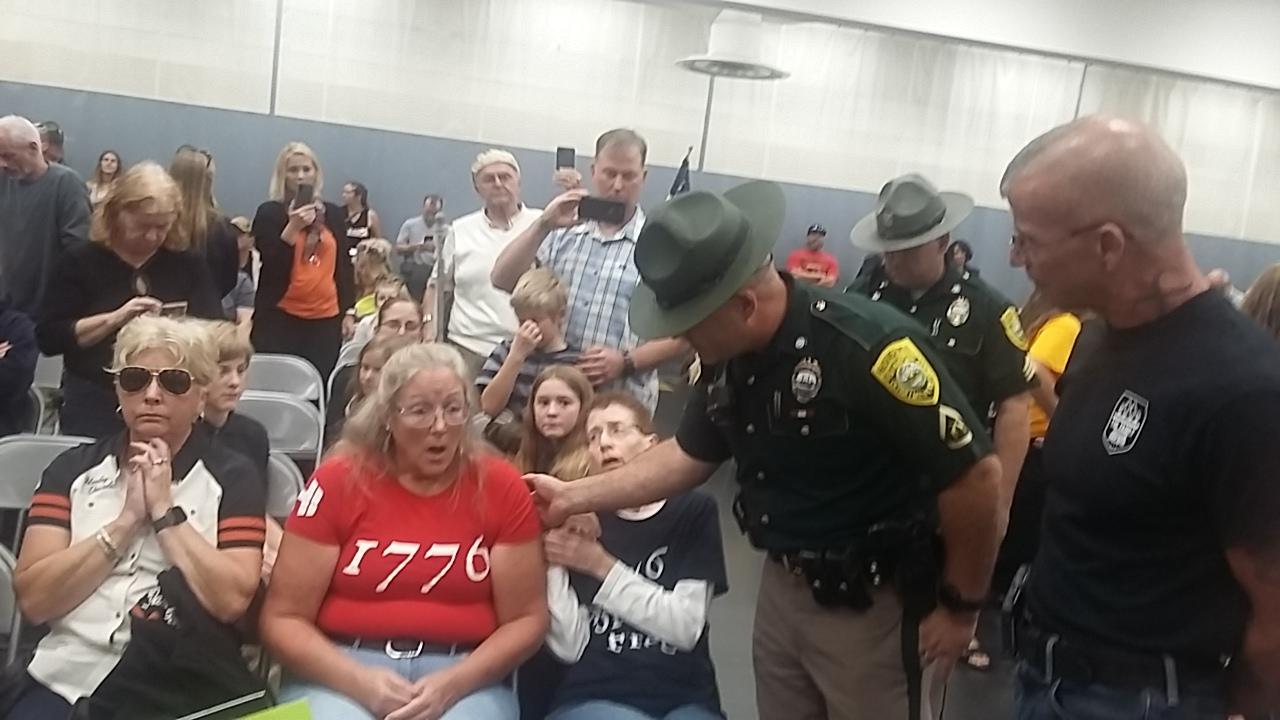 Again, no one is reportedly rowdy or disruptive, and we do not know which people are being escorted out or why. We are not saying they were arrested or why they were removed; all we know is that our sources at the meeting report no disruptive behavior so far, and people are being removed against their will by State Police. 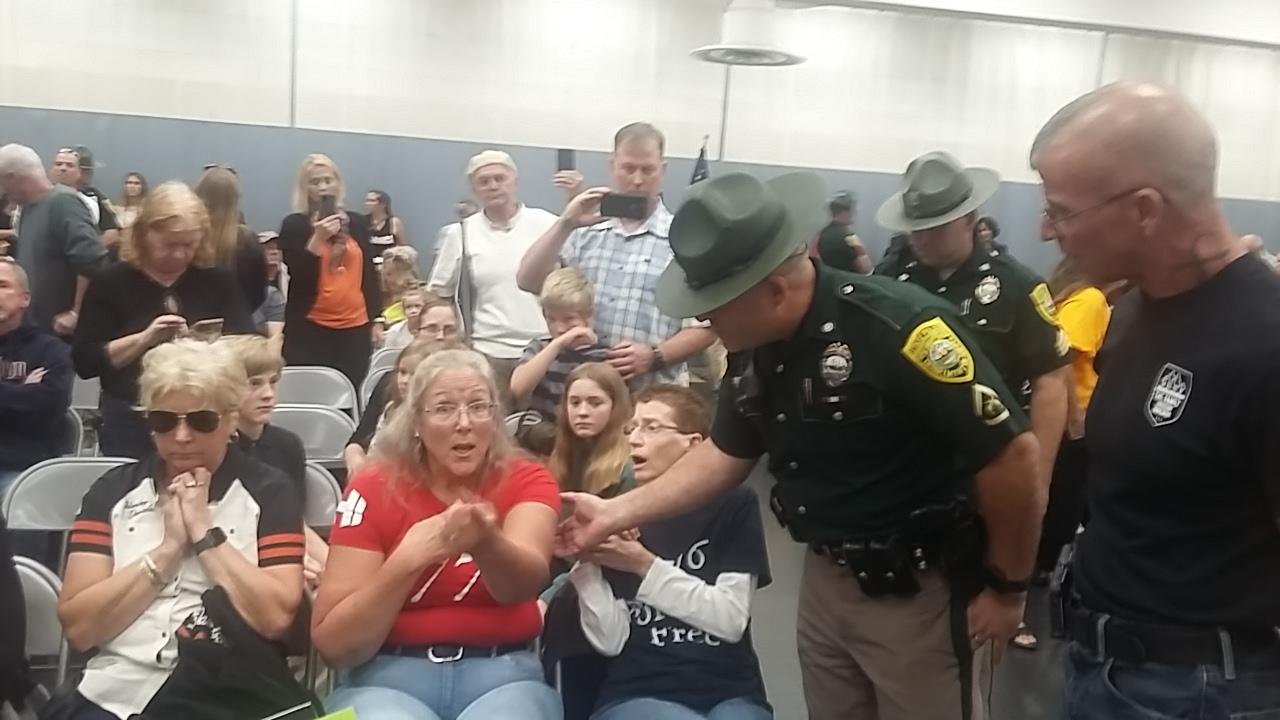 Speculation:  What if this is supposed to inspire a bit of disruption so the Governor or Councilors can call for the room to be emptied, and they can then go about the people’s business without witnesses? 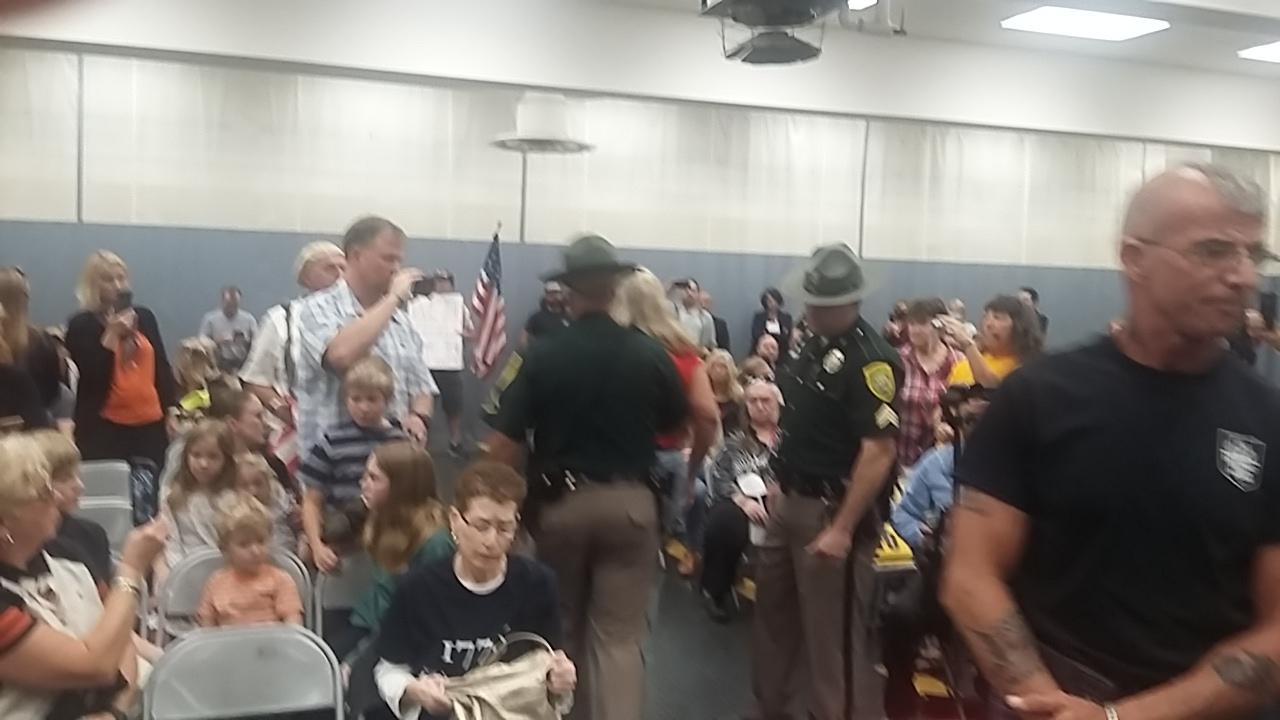 AGAIN. Please. We have no specific information about why they are being removed, if they were arrested if there are warrants out, or why they are reportedly being detained in police vehicles.

Several individuals may have been removed so far.

The meeting is still underway. We’ll try to report on votes later today or as they become available.

[Update] Other NH media has reported that some people were removed for shouting. I expect that is probably correct but based on the on-scene observations of those reporting to us, which prompted this piece, several people were removed by State Police and there was no obvious outburst or any behavior that would or could interrupt the meeting.

On a positive note, the attendees who were not removed won the day. The Council rejected the contracts by a vote of 4-1.

[Update 2] Care of ReopnNH the list of those arrested at the EC Meetin earlier today.

“NH State Police posted on Facebook a list of the activists that they arrested today at the EC meeting.”

Update 2 reminder: eyewitnesses still content that while there were a few folks who got “a bit disorderly” that several of them were not disorderly at all, and may have been charged with resisting as a result of being removed for no good reason.

Note: We have made minor edits after publication.