Early on in the fake-Derry-republican Neil Wetherbee saga of deception, we mentioned Mark Connors once. An apparent “nobody” on the Derry Planning Board whom someone in town felt deserved our attention.

They sent us a lot of stuff.

Mark is wondering how we could have possibly linked him to an apparent plot to get Democrats registered as Independent in time to (maybe) vote (for fake republican Neil Wetherbee) in the Republican primary.

I’m glad he asked. I wasn’t sure what to do with all the stuff they sent me, and now I do.

It may not rise to the level of a conspiracy – that’s for you to decide – but let’s get the context right before I present any new evidence. Here’s what I originally wrote.

And Mark Connors and Jim Morgan are coordinating a massive head-fake by convincing voters to register as independents who can then vote for the Democrat Wetherbee in the Republican Primary. 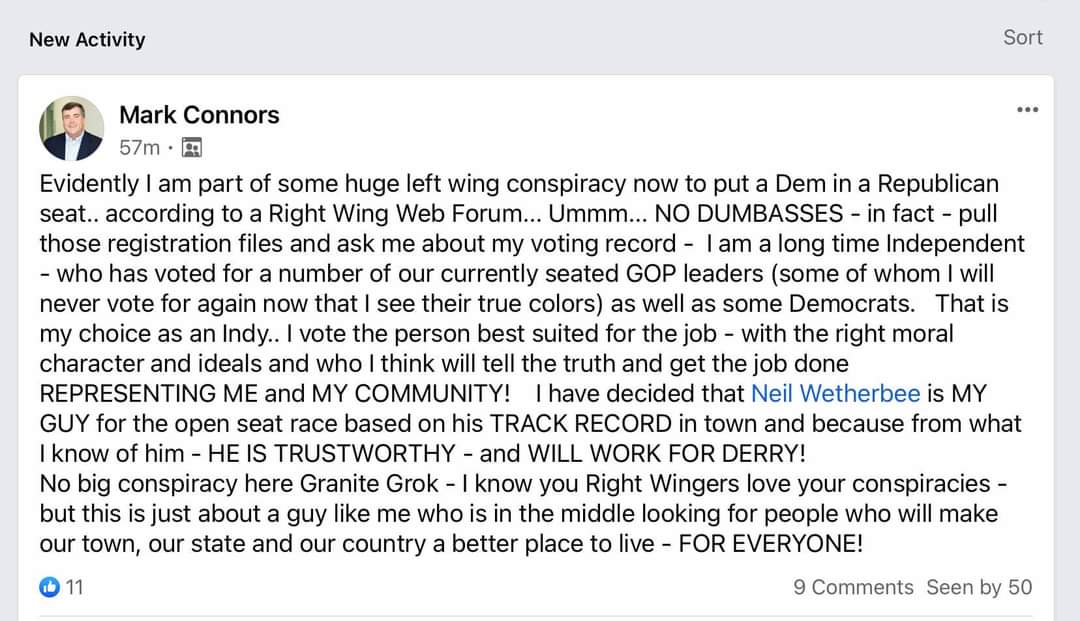 Connors is an “independent.” He publicly supports Wetherbee in the “Republican primary” ‘cuz reasons. And we’re dumbasses. Got it?

Dumbasses we may be; after all, this is how we fill our spare time. I can’t say he’s wrong there, but we’ve been at this a very long time, and we’re not blind.

As for Neil “representing Derry,” he is a Democrat, and if he’s such a catch and boon to the community, why isn’t the Bernie and Buttigieg supporter running as a Democrat?

Why did he change his party registration to Republican in 2021 to create a three-person Republican primary instead of running as a Democrat in what would have been a two-person primary?

Is it because a Democrat probably can’t win an R+4 NH House seat running as a Democrat?

Asking for a friend.

The question now is this. Is there evidence that Mark Connors is trying to get people to register as independents to vote in the Republican primary? And please remember that existing Republicans and Independents could already vote in this Republican primary. The only people who would need convincing to change registration would be Democrats.

In this first screen grab, they are talking about Neil Wetherbee. 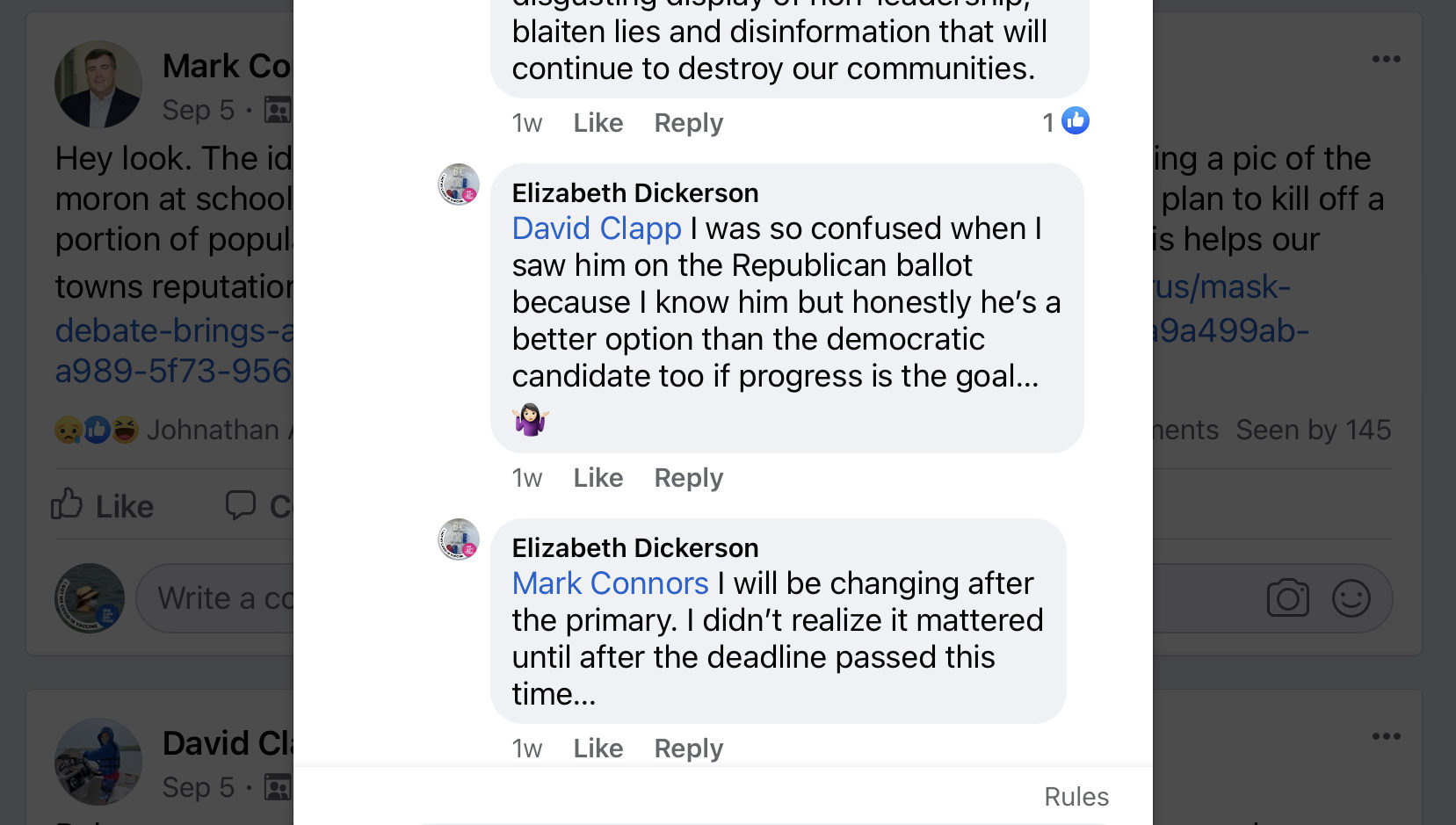 Elizabeth Dickerson knows Neil Wetherbee, and she was confused when “I saw him on the Republican ballot.”

Had she realized she would have changed to Independent to vote for fake republican Neil Wetherbee in a Republican primary. She’s sorry; she did not realize it mattered. 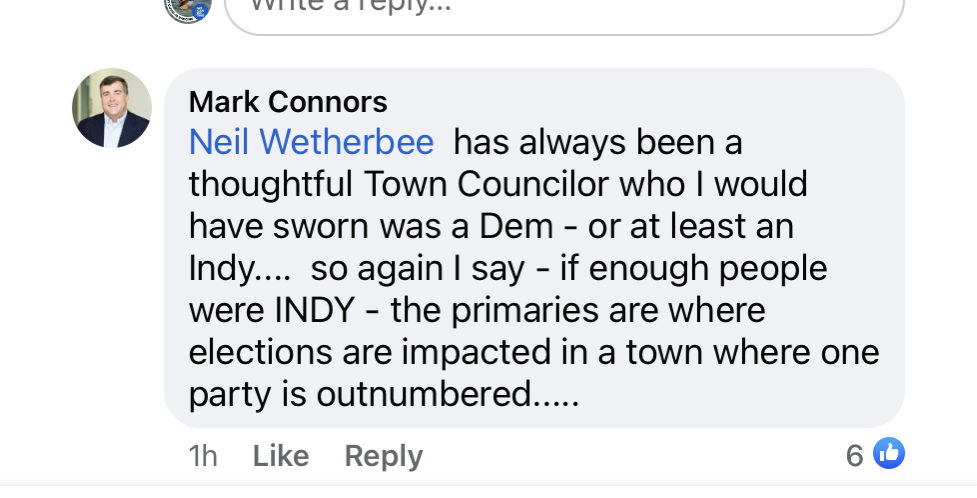 Mark is on the ‘Planning Commission.” But he didn’t plan any of this. And hey, he thought Neil Wetherbee was a Dem or maybe an Indy.

Mark must have missed the bit where Neil was giving shout-outs for Bernie in 2016 or when Jon DiStaso and WMUR News 9 reported on Derry Town Councilor Neil Wetherbee publicly endorsing Pete Buttigieg.

There are other examples of Mark talking up the whole change your registration thing but let’s keep moving Forward! 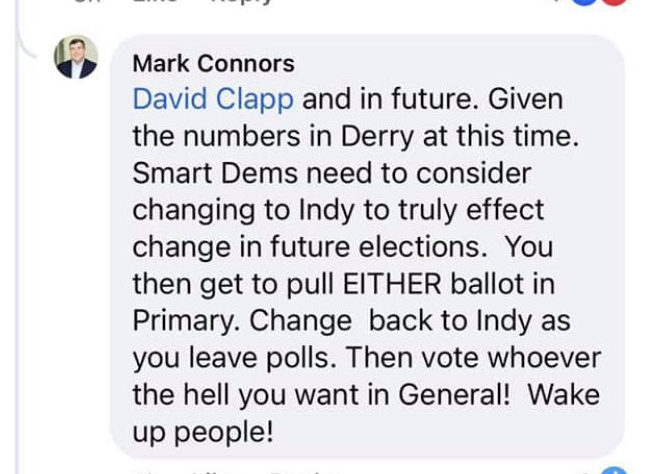 Mark Connors suggests that Democrats change to Indy to “effect change.” Derry is an R+4 Republican town, so he wants to change it to what? Something other than Republican, obviously. And in this case, he is replying to a message from David Clapp about the Republican Primary on Oct. 19th.

Happenstance, like this screengrab, where Neil Wetherbee’s wife, a well-document Republican bashing Trump-hater (rumor has it), said, 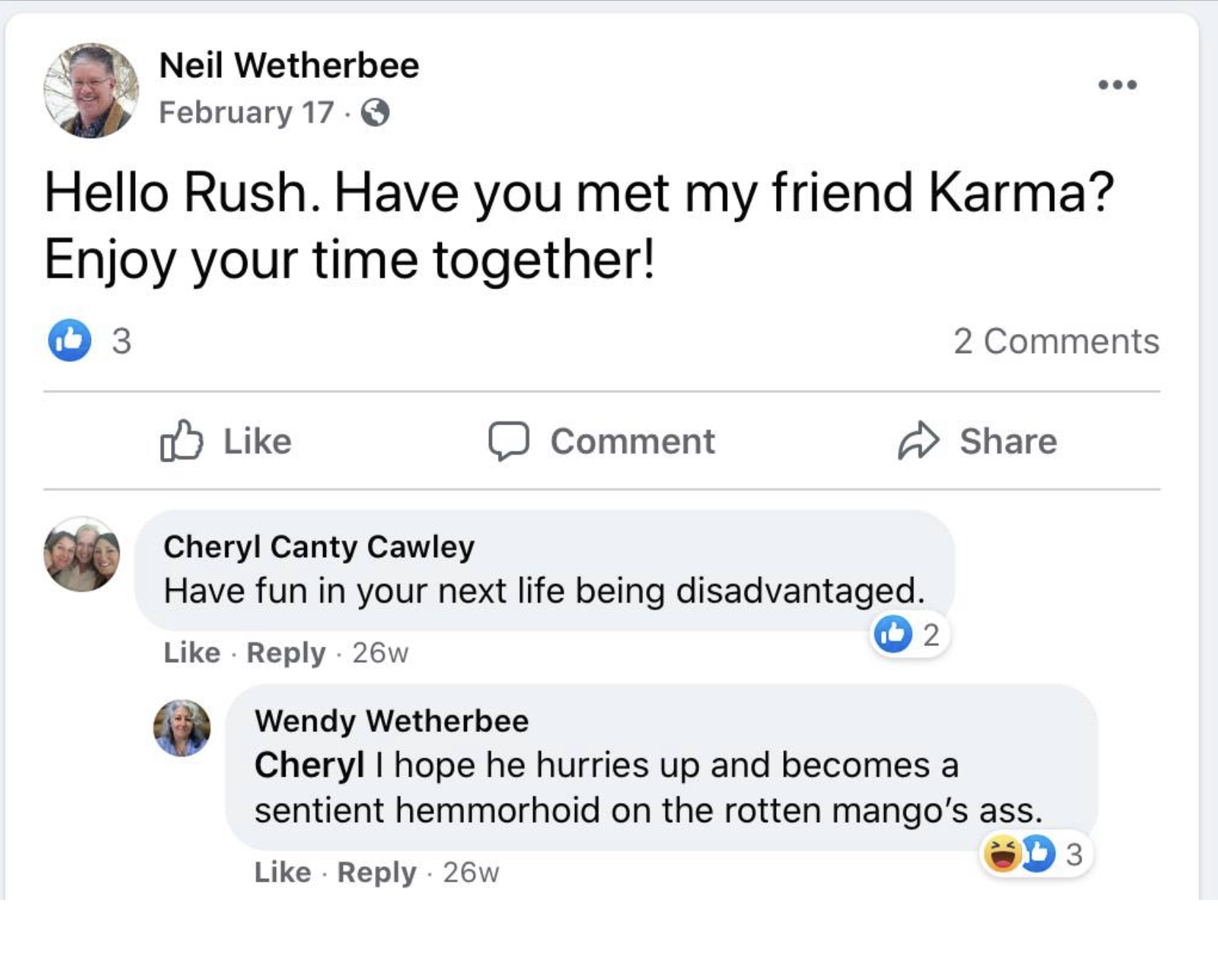 Sorry, that’s fake republican Neil Wetherbee and his wife being happy about Rush Limbaugh being dead. I meant this. 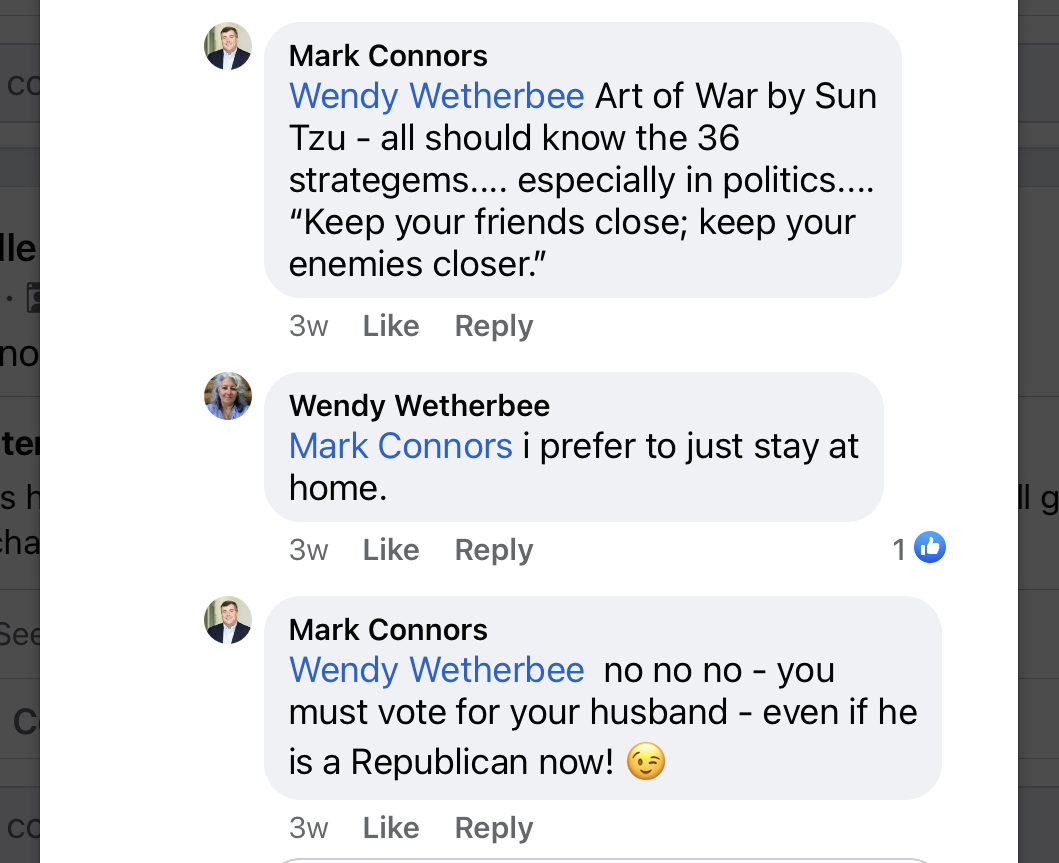 Wendy would rather stay home than vote for her own husband (running as a fake republican) in the Republican primary because he is running as a Republican.  She can’t even stand that.

And Mr. “there’s no change to indy to vote conspiracy” Mark Connors is again insisting she must (and she’d have to change her party registration to do that).

Not for nothing, but Donald Trump was impeached by a Democrat House on less evidence than this about a phone call, but it’s not up to me to decide.

That’s your job to decide, Derry voters, and the public at large.  I’m just here sharing the evidence and giving you my dumbass opinion, as always.

The verdict is, and always is yours but one more point. We also have a pile of screengrabs of our “conspirators” crapping all over Republicans in town and in this primary (but not Neil Wetherbee).