No, Not a Good Look Yesterday for the Anti-Biden-Vax-Mandate Crowd - Granite Grok
Skip to content

I wasn’t able to get down to Concord yesterday but it was clear from the WMUR report on the rally NH House leadership was trying to have on the State House steps, that things went awry.

Certainly, a lot of folks have a lot of emotions built up over this and attended. 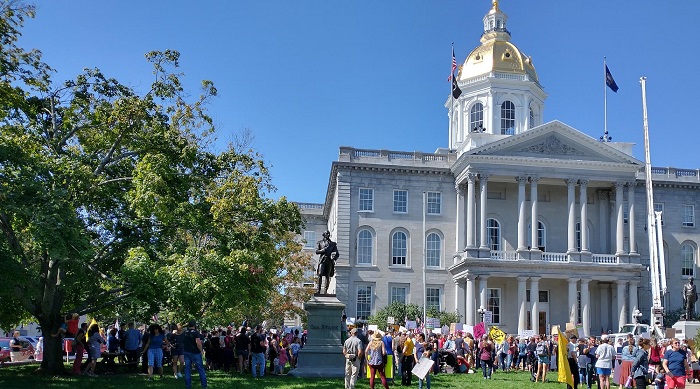 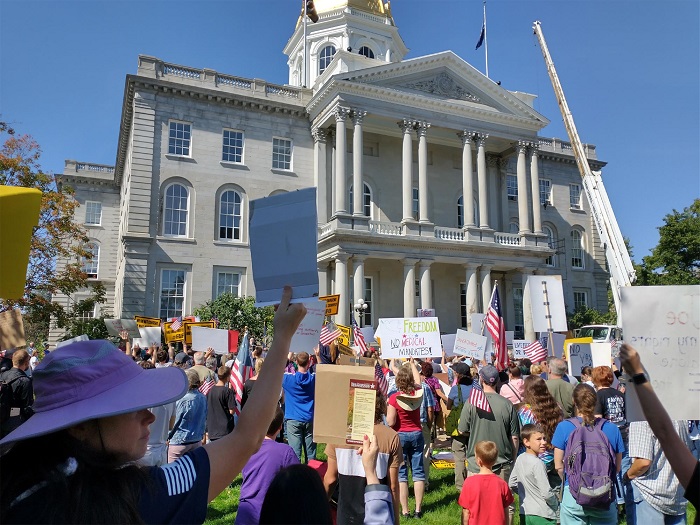 And it was clear that they were fired up and boisterous, but the topmost image wasn’t a good look at all. WUMR didn’t help you at all if you were looking to get on TV to get your message out.

I’m not one to say that I’m always the calm and collected one but what was done yesterday by the attendees walked the intent of this rally right into the Democrat’s hands as far as being a PR disaster.

Getting all angry, storming up and taking over the stage, and pushing the rally organizers aside? Watching the visible ANGER  in that lady and gentleman’s faces (No, I don’t know who they are) after they did that – not cool.

What was worse is the virtual image that is now in the minds of those folks who weren’t there but watching the news – look, armed people (handgun in open carry and a long gun on the back) angry as all get out. The thoughts that I bet that went through those viewers minds:

They pushed aside those that legitimately “owned” the stage (“I PAID for that stage, Mr. Attendee!”)

Would that have been a safe place to be at for me and mine?

They TOOK OVER THE STAGE – wearing guns.

Sure, I know what was being done – he supported his Second Amendment Right. Generally, I’d be fine with that – but the optics on this was all wrong. IF you are going to do that, stay calm and collected. Show that you aren’t even anywhere close to being a danger to anyone because seeing anger in someone with a gun, the Democrats have been grooming the public for decades to have you see that as a big negative even if you and most of us in the 2A community don’t.

It now doesn’t matter what you or the lady said, it’s tainted. And taking over the stage in such a state made it worse. 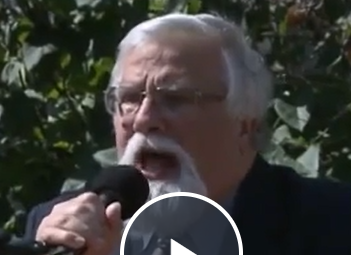 Yes, Sherm Packard, you’re in the same boat at the other gunwale. You lost your cool; you started screaming at those that did support what you were doing. Again, the Dems can Cheshire cat you and say “see, another Republican out of control.”

This was almost worse – the Republican LEADER out of control.

And I blithely note, forgot to have security in place to prevent the stage takeover. Yes, sir, you screwed up even worse than the protesters. Why?

YOU should have known better. Those AROUND you should have known better. Your fault for not wargaming out what the scenarios could have been and planned to mitigate them on holding such a rally on a nice weather day KNOWING what a hot button issue this was.  You fell for Biden’s (albeit, unwitting) trap for Republicans that refused to believe they could screw things up because President Asterisk’s policy on mandated vaccination was so outrageous.

Congrats, Sherm, you made Biden proud with your screaming.

The rest of us are just doing facepalms for the look you gave to us.