With certainty, one call, one knock, one conversation will make the difference. That was proven on July 13, 2021, when the efforts of nearly 60 volunteers from the Government Integrity Project (GIP) paid off.

Those volunteers worked with resolve for the past month to help elect write-in candidate Scott Borucki to the Danville Board of Selectman. Borucki’s victory over incumbent Kim Farah sent a message that Danville’s residents were ready for a change. 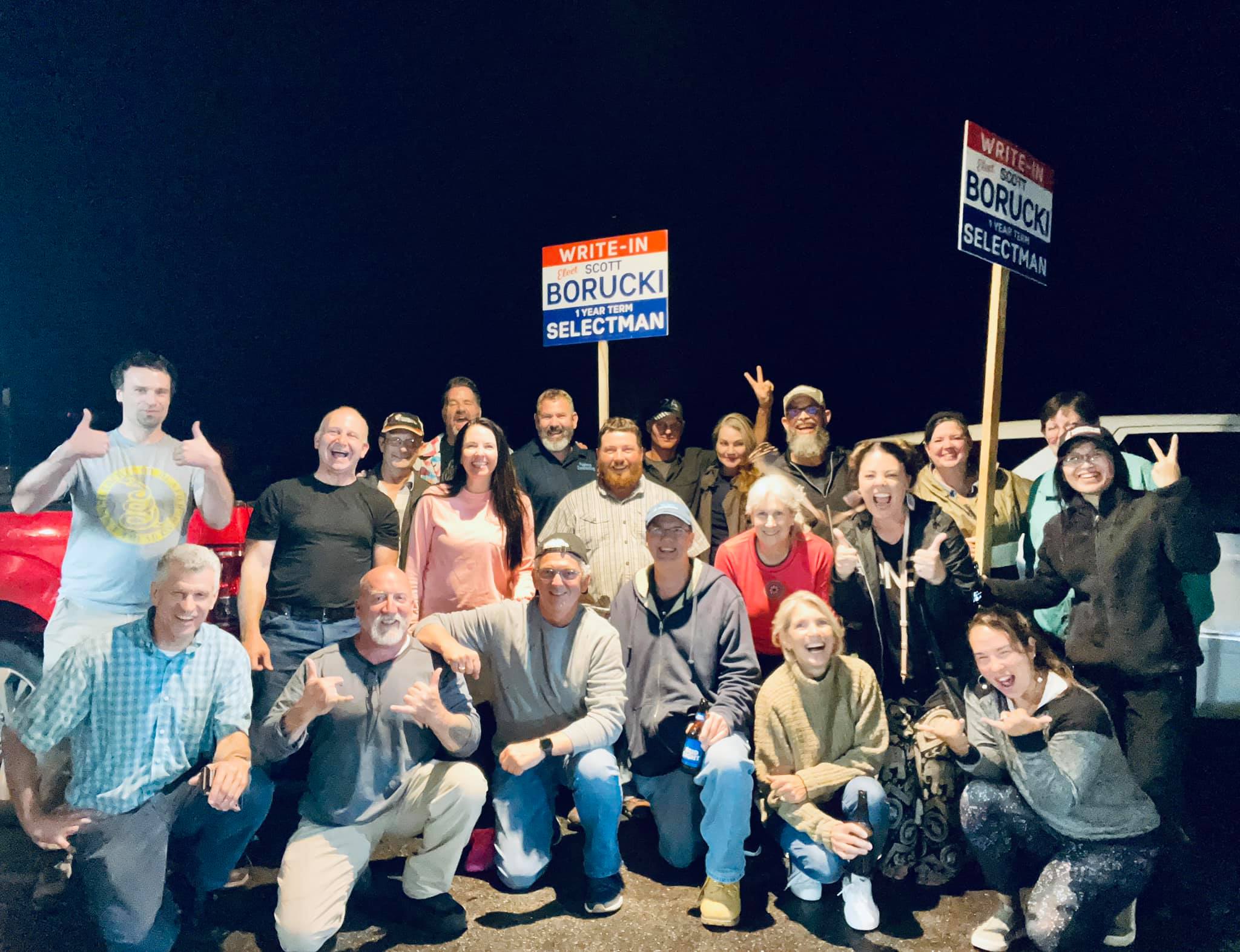 Borucki’s candidacy posed several difficult challenges to be met head-on. There were only five weeks before the election; the election had been moved from March to the dead of summer when kids and families take a vacation; many residents had no idea that there was an upcoming election; and to top it off, Borucki was running as a write-in candidate, making it an utterly uphill battle that would rely heavily on communications that would need to turn out a large number of voters. 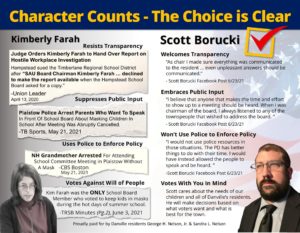 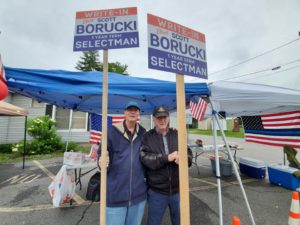 Despite the challenges, volunteers engaged from Danville, some from neighboring towns, and a few traveled from hours away. Residents offered their home as a GIP staging area to operate and convene.

We want to thank Ken Tassey Jr. for this Contribution. If you have an Op-Ed or LTE
you want us to consider email us at Editor@GraniteGrok.com.

Thoughtful and patriotic volunteers with specialized talents in election strategy, operations, database, social media, design, carpentry, logistics, canvassing, telemarketing, and a few prayer warriors organized to make this campaign a success. Some worked in the field, some worked from home. Danville residents stepped up and filled the war chest to accommodate a robust campaign budget. All signage, postage, and mailers were paid for by Danville residents. 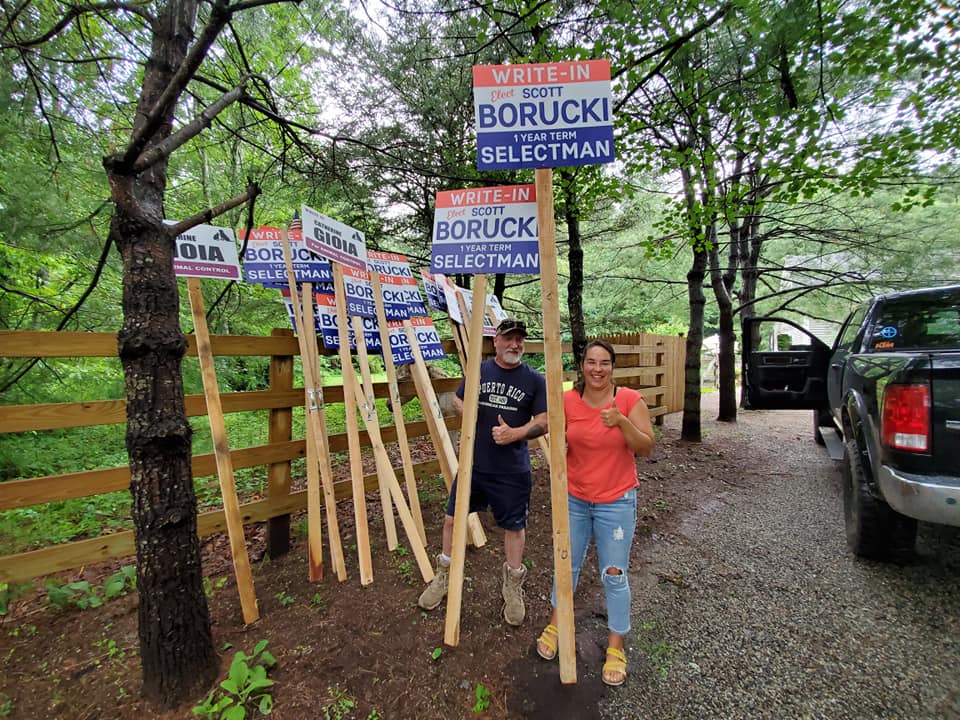 The sunny evening before the election, about 16 GIP volunteers set up in tactical locations equipped with our candidate’s signs, American flags and absolute confidence that our guy would win. The positive response from drivers was encouraging, as was the forecast for election day. 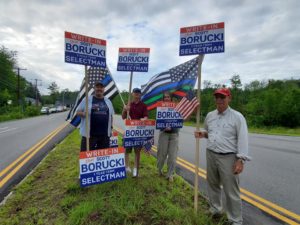 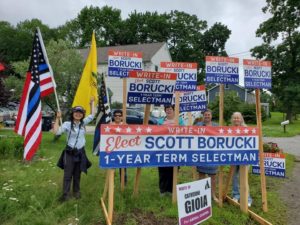 On July 13, 2021, we began to arrive at the Danville polling location an hour before doors opened to voters. Over 30 volunteers organized by the GIP showed up on Election Day over a 12-hour period, with no less than ten volunteers covering any given hour, and sometimes 18 volunteers during the last few hours. We set up tents, constructed dozens of pole signs and a small pro-Borucki troupe danced and sang to patriotic tunes along the roadside encouraging residents to vote. 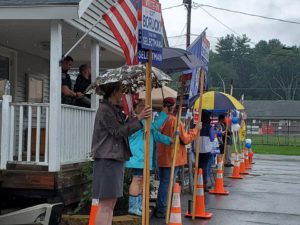 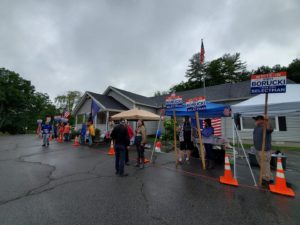 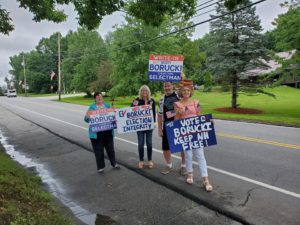 To see the enthusiastic mass of volunteers, you’d never know that it had rained throughout the morning and into the afternoon.  Umbrellas were few and we were soaked, but excited at the enormous voter turnout. It was clear that our messaging had resonated with voters, as many of them carried the mailers into the polling place with them. 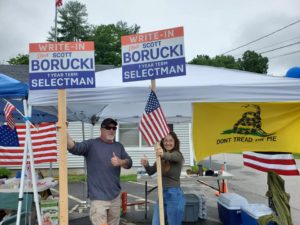 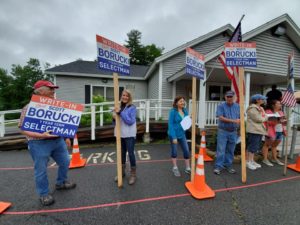 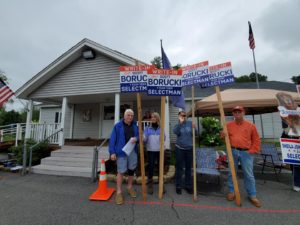 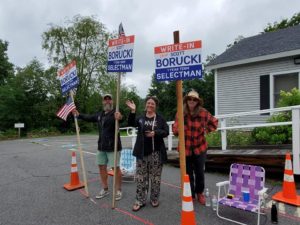 In the words of U.S. Chief Justice, John Roberts, “You can’t fight for your rights if you don’t know what they are”. Armed with that truth, the GIP engaged the Town Moderator in civil but stern dialogue to be sure that not only the Rights of voters were protected, but that our electioneering Rights were also protected to legally engage voters if they so chose. Those conversations led to a healthy respect between the moderator and the GIP volunteers.

The turnout was epic! One town election worker stated that he expected 200 voters to show, while another stated that they’d prepared 800 ballots as a cushion for an expected 600 voters. In a town with about 3,600 voters, on a rainy day in the middle of July, almost 800 Danville residents showed up to exercise their constitutional right to vote. Scott Borucki garnered 390 write-in votes, defeating Kim Farah by 58 votes.

To the people of Danville, congratulations. To patriots across America, if we can do it, you can do it too!