Electioneering is defined in New Hampshire state law as “act(ing) in any way specifically designed to influence the vote of a voter on any question or office.”

Pubic employees are specifically prohibited from electioneering “while in the performance of his or her official duties,” according to RSA 659:44-a.

This RSA also specifically prohibits any public employee from using “government property or equipment, including, but not limited to, telephones, facsimile machines, vehicles, and computers, for electioneering.”

Despite this, a teacher at Manchester’s McLaughlin Middle School engaged in electioneering during the November 2, 2021, General Election, placing signs in the window right outside the entrance to the polling place that read:

Joyce Craig made my job available

Supporters of Ward 6 school board candidate Ken Tassey, Jr. spotted the signs later in the day and filed a complaint with the ward’s moderator.  How long the signs were up before they were noticed by the poll standers, whose backs were to the window where they were posted, is unknown.  The moderator forced the removal of the signs. 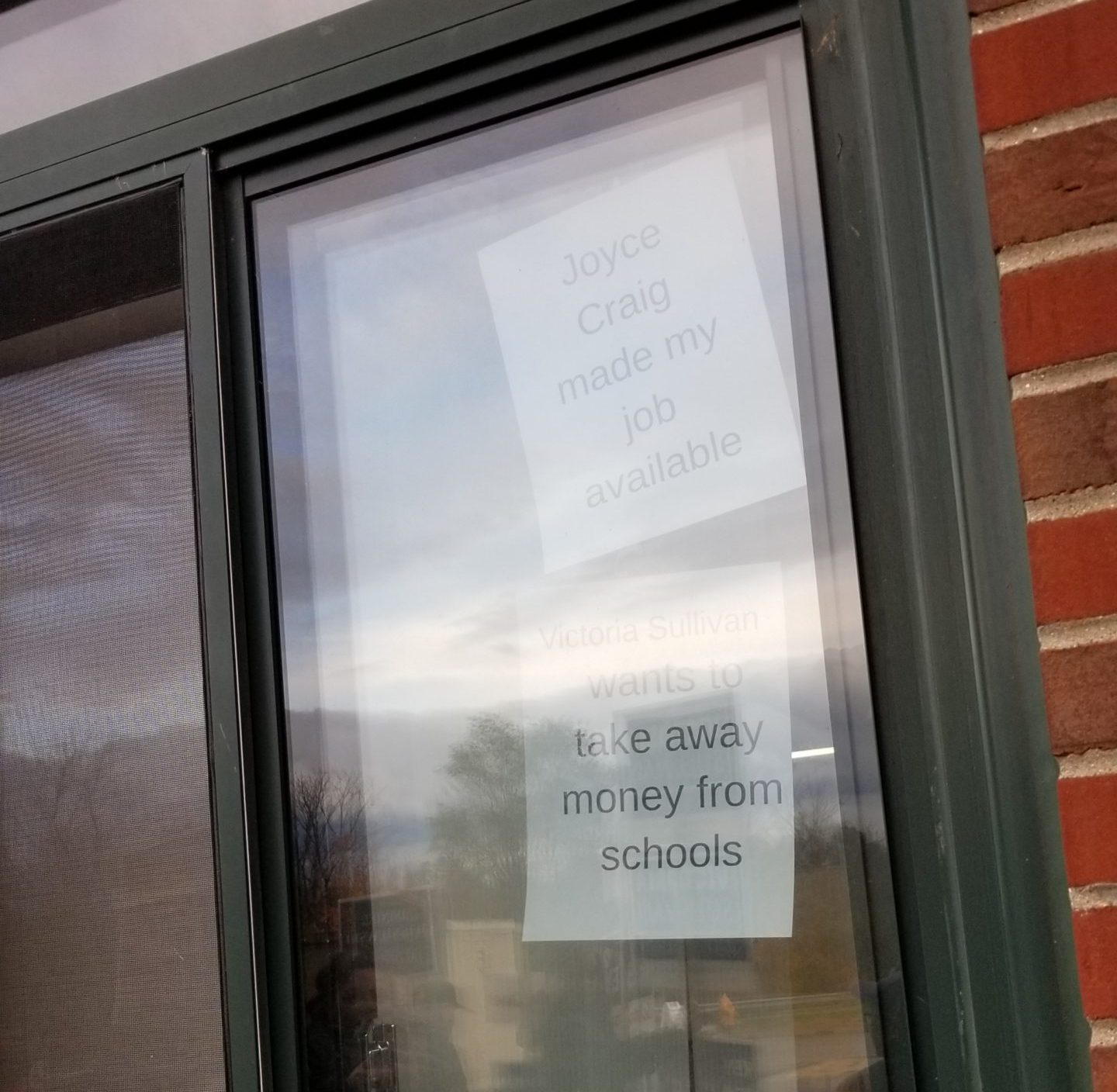 The teacher who posted the signs has yet to be identified but was seen and heard speaking with a member of the Manchester Education Association, who was holding a sign for Mayor Joyce Craig.

The teacher was at the school for a “professional development” training day, as all teachers were supposed to be on Election Day.

Because several schools are used by the city as polling places, schools are closed to students but teachers are required to attend professional development training sessions at their respective schools.

Girard at Large has learned that a complaint has been or will soon be filed with the Office of the Attorney General. Presumably, the investigation will determine whether or not a misdemeanor was committed.  If so, the teacher could be fined up to $1,000.

Girard at Large has also learned that a complaint has been filed with the Manchester School District.

Superintendent Dr. John Goldhardt declined to comment, saying it was a personnel matter.  However, he did confirm his office is investigating a complaint it received about the teacher’s actions and said neither he nor the district, “condone, in any way, the use of school facilities for election purposes.”