Please forgive the delay in posting.  Personal events are going to slow me down a little…  Monday Memes will return next week, Hashem willing.

First, let me state up front that I am merely an “enlightened amateur” as far as anything survival goes.  So please vet and check on your own.  Consider these to be priming the pump for your own investigations.

Second, the hour is late and I fear bad times are imminent, but even a month of food, water, etc., puts you well ahead of most of the sheeple.

Third, two things will be critical for this: 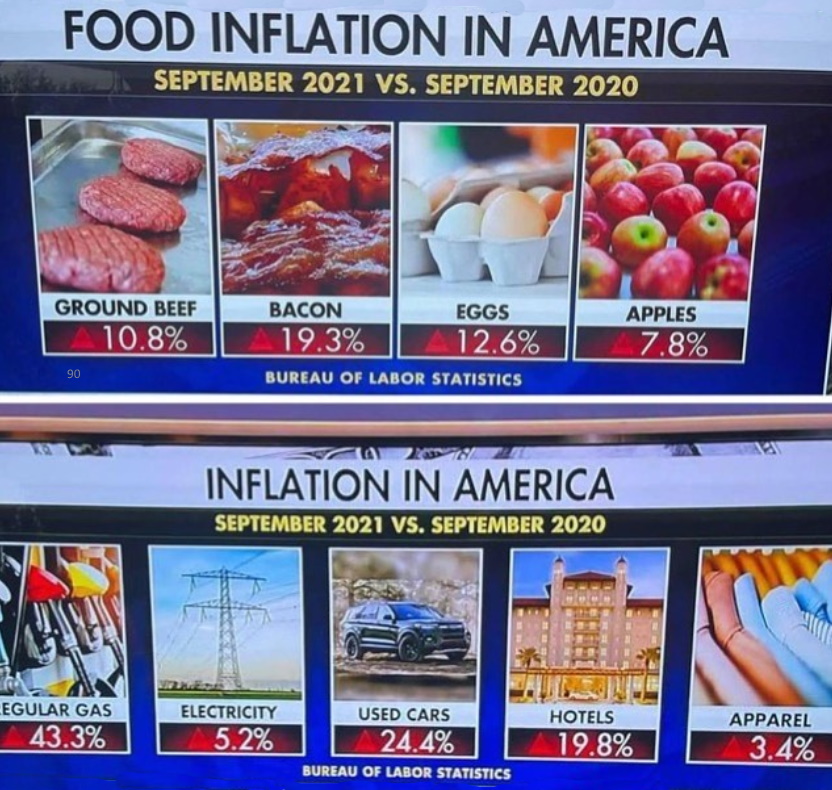 Presented, quick hit style, are some links.  Print them out and start a binder – if the SHTF badly enough you won’t be able to retrieve these off the net or, possibly, even off your computer.

Should I Stay or Should I Go? How to Decide Whether to Bug Out or Bug In During an Emergency

Prepping is NOT Just Beans, Bullets, and Barter Items

50 Movies That Will Teach You A Lot About Survival

100 Shoppers Became Hostages in a NY Protest. Here’s How to Survive in a Protest Turned Hostage Situation

If You’re Planning To Bug In, Stop Doing This Immediately

On prices going up – food, gas, everything:

‘I’m afraid we’re going to have a food crisis’: The energy crunch has made fertilizer too expensive to produce, says Yara CEO

A note: I keep hearing ads to buy “physical gold and silver” which, in theory, is a good idea.  Just remember, all these places get your name and number… which can become problematic if the government decrees that all gold & silver customers need to be turned in.  Don’t forget the FDR / Gold lesson.

Inflation as of October 2021

A terrorist drone attack inside the USA

Not good news about the security of the power grid.  Heck, a bunch of Mylar balloons with wires connecting them rising into power lines – no secret here as I’ve seen videos of people doing this on youtube and elsewhere – and power is out for hours.  Now, embedded in this video about the power grid by Bill Whittle, a discussion of the “terrorist attack nobody’s talked about”…

More on that attack, plus other info, here:

In an April 2013 probing action, unknown terrorists attacked the Pacific Gas & Electric’s transmission substation in Metcalf, California. One terrorist crawled into an underground vault to cut the telephone lines for help. Then a squad of gunmen fired “more than 100 shots and knocked out 17 transformers.” The shooters took their time, blasting away for almost a whole hour, before police finally showed up and the terrorists melted away. The attack caused millions of dollars in damage and required 27 days before the small transformers were replaced and back online.

Sleeper cells, anyone?  If I, a nobody, can think of this – surely the Chinese, the Russians, the Iranians, ISIS, etc., have as well.

If you haven’t yet got the message, it may be almost too late. PREPARE NOW!

And I like the quote: “The first rule of Prep Club is there is no Prep Club”.

Thru Surak’s post, this identities-are-hidden video by Proctor & Gamble employees:

And at that same post, a video about Texas broadcasting that its ports as being open and working… as has Florida previously.  Any takers on a bet that “something” happens to close them down soon?

Making powered eggshells for enhancing minerals in your food (e.g., baked bread) – my own “recipe”: