Is Someone Putting This School Superintendent Under a Microscope? - Granite Grok
Skip to content

Somebody, or some-bodies, are starting to ask questions about Laconia School District Superintendent Steve Tucker. You know, the one that keeps repeating that there is no Critical Race Theory being taught in the Laconia Schools under his watchful gaze?  Yeah, people have some questions about that.

But it looks like there are a number of other questions about Superintendent Tucker that are also being asked – I would, too: “highest paid Superintendent in our area with the least amount of experience/qualifications.”

He was the Gilford School District’s “Curriculum Director” but had no idea how to properly set up an evaluation regime to see how a new proposed fifth-grade math program would compare to the current one.

Control group, Experimental Group, metrics and baselines for each – you know, standard stuff that he had no clue about.  And then he failed upwards. 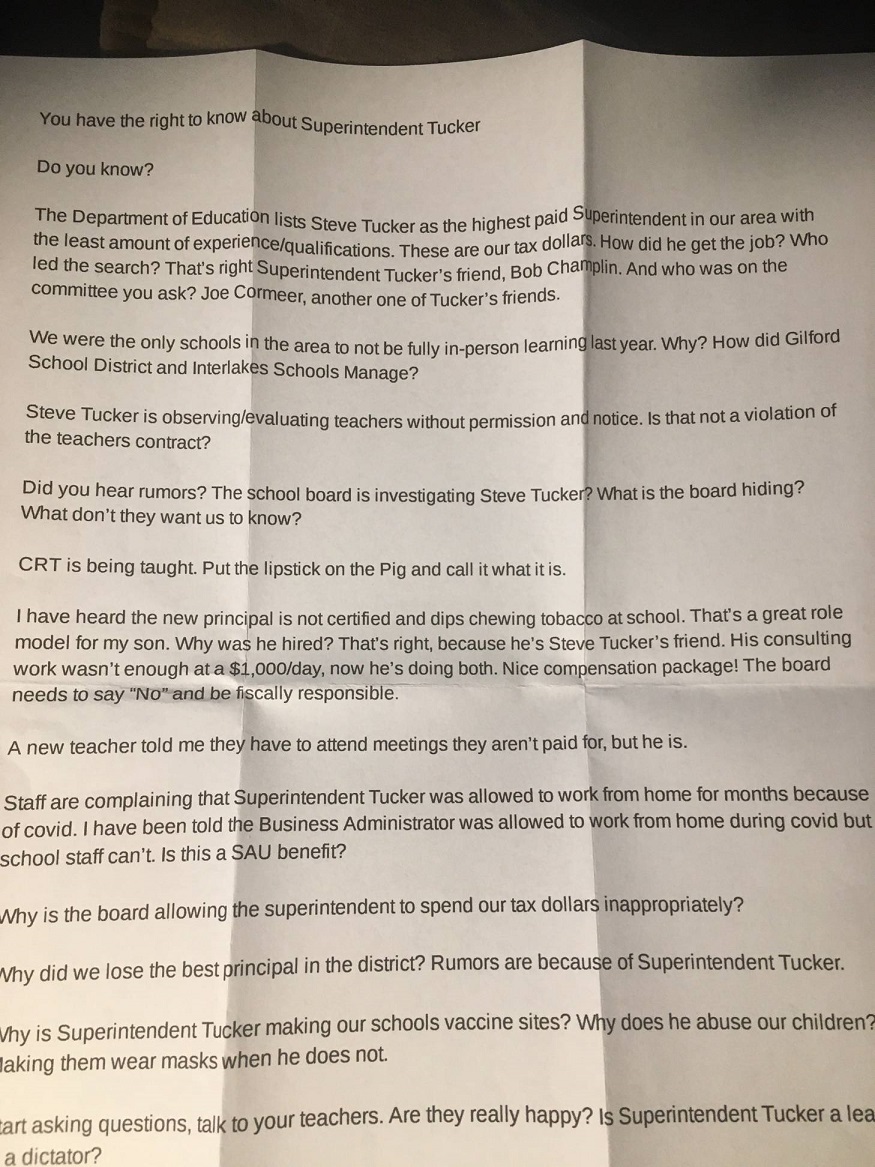 You know what they say about gravity (“what goes up” and all).

I like the question about teachers being evaluated without notification; if the question is valid, why doesn’t the Teachers Union raise the expected grievance?  Why hasn’t the Pravda on the Lake (Laconia Daily Sun) raised questions as well?

Now, this was sent to me but I have no idea who is behind this or why it is popping up at this point in time. Steve Tucker is not the brightest bulb in the box and we’ll soon be turning our gaze back onto his “leadership” (as that seems to be under discussion as well).