CRT, at the  k-12 level, has turned into a radical worldview that focuses on blaming and shaming children for racism and slavery. That is why some children have come home asking if they are responsible for slavery.

SAU16 purchased books for middle school children that were full of CRT propaganda. In these books, the human race is split into two categories; the “dominant culture” which is described as white, upper-middle-class, cisgender, male, educated, athletic, neurotypical, and able-bodied. If you don’t fit into this box you are in the “subordinate culture.”

Subordinate culture is described as black, brown, indigenous people of color of the global majority, queer, transgender, nonbinary, cisgender women, youth, Muslim, Jewish, Buddhist, atheist, non-Christian, neurodiverse, those living with disabilities, or in poverty, and more.  Placing everyone into these two categories of dominant or subordinate culture, is at the very heart of Critical Race Theory.

This is why Condoleeza Rice rejected CRT, and said she didn’t agree with the way they are talking about race relations today. She disagreed with requiring white people to feel guilty for everything that has happened in the past. She mentions one of the most important features of CRT which is, the idea that black people have to feel disempowered.

She rejects this radical worldview, and goes on to say that she wants black kids to be completely empowered, to know that they are beautiful in their blackness, but in order to do that, she doesn’t have to make white kids feel bad for being white. Condoleeza Rice just summed up why David Ryan’s CRT vision is wrong for SAU16 and why parents continue to reject this worldview for their children.

Andres Meija, the new DEIJ Director in SAU16, submitted an interview to Seacoastonline.com in which he tries to rewrite history:

In your view, what are some of the biggest misconceptions about DEIJ?

Some of the biggest misconceptions around DEIJ work is that people think it is Critical Race Theory, that DEIJ teaches people that white people are bad, and DEIJ is trying to divide us. These are all misconceptions as DEIJ focuses on acknowledging that all of our differences make us whole and that the SAU 16 community welcomes and celebrates those differences.

This is simply not true. We have seen the evidence of what this district had/has planned for the students, and it is the blame and shame that Condoleeza Rice rejected. Not only did she reject it on one of the most left-leaning TV shows, The View, but you can also hear Whoopie Goldberg and the audience agreeing with her. When you describe what CRT is doing to black and white children, most parents understand the damage that will be inflicted on children, and they don’t want any part of it. 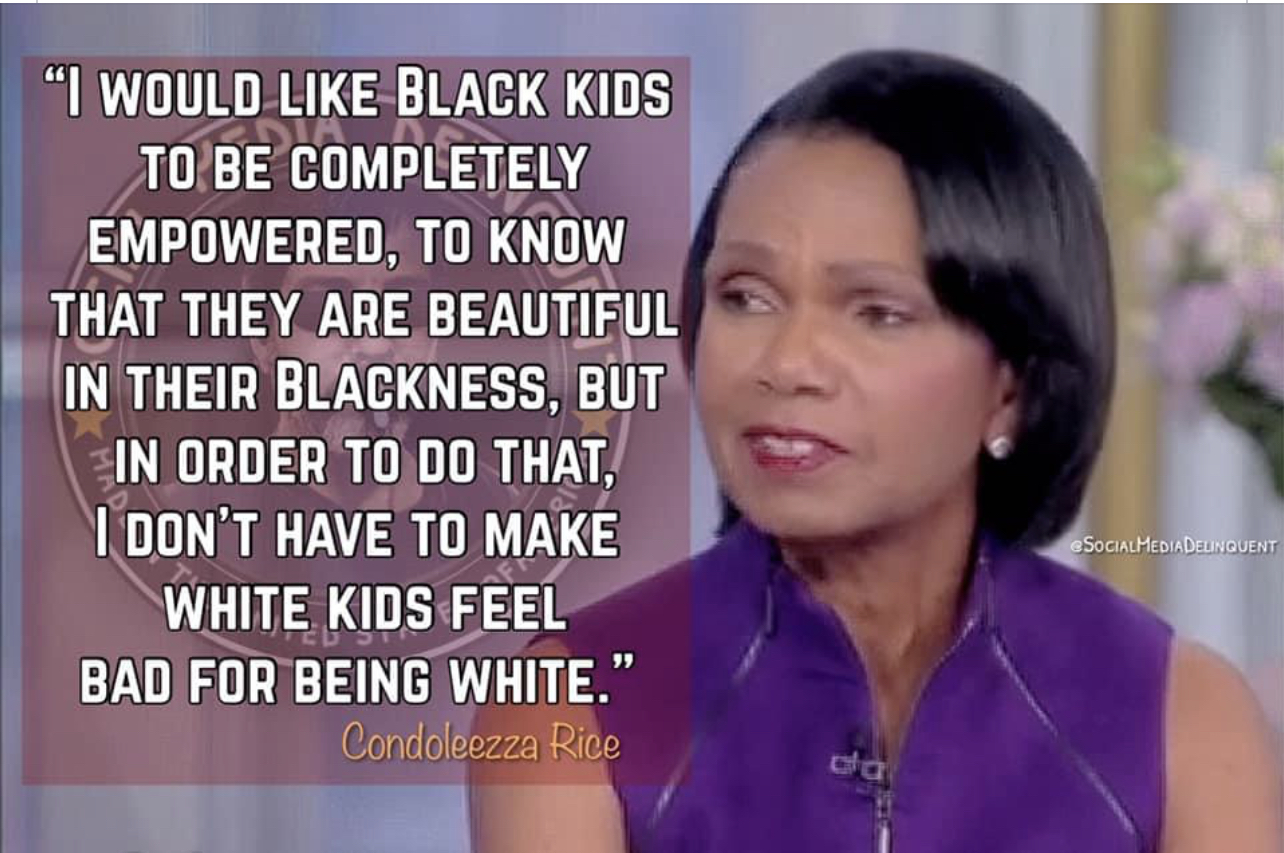 Over the summer, New Hampshire legislators passed a law that rejects the CRT discrimination aimed at teachers and children. School administrators, and DEIJ directors, do not get to push this narrative in a public school. This is a narrative that is full of hate, racism, prejudice, and discrimination.

Maybe Mr. Meija is backing off of this narrative, and that would be a good thing, but let’s not pretend as if this wasn’t the agenda put forward by David Ryan for months.

2Revolutions was hired to train teachers in the district. 2Revolutions is immersed in the CRT narrative, and that could be seen from their own materials that are full of stereotyping and prejudice. This is why parents in Gilmanton and Merrimack demanded that their district end their relationship with 2Revolutions.  SAU16 continues to maintain its contract with this vendor. 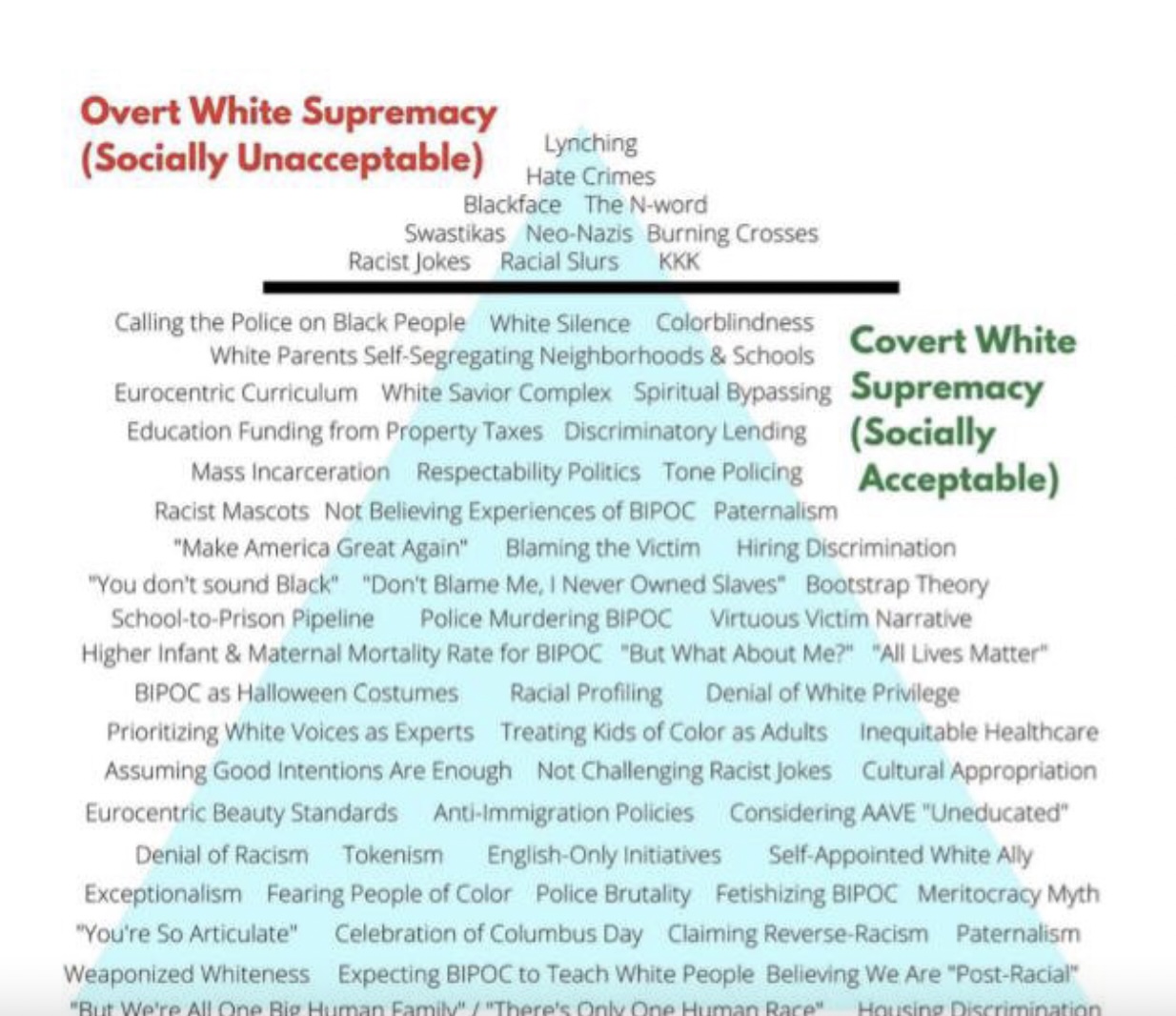 Parents saw CRT when they looked at the DEIJ Leadership Training that was done in SAU16. The notes show that this session of professional development broke families down into categories of weakness and threats if they were:
1) Part of the “status quo” of the nuclear family
2) Increased parent connection to the classroom (nervous teachers)
3)  Fundamentally disagreed that DEIJ work and concepts should not be taught in schools and that classrooms should remain “neutral,”the resistance can be overwhelming and/or silence teachers working to change…

So why did Mr. Meija paint such a different view of what has been going on in this district? I don’t know the answer to that. If there has been a shift away from the CRT narrative due to the new anti-discrimination law, then why not just say that? Why make false statements that imply that CRT has not been part of their agenda?

Parents need to be reassured that they have someone in the position of DEIJ director who will be honest with them. Mr. Meija needs to be transparent in what he is doing in this new role. To start out by misleading parents who are fully aware of the CRT agenda in this district, doesn’t offer them the confidence they were looking for.