No, it isn’t. Every time I turn around, those that hate the Second Amendment keep issuing more and more “common sense laws” to make us “safer”. Well, the latter isn’t working – just look at Chicago and DC. And you should get up in anyone’s grill (much like Obama challenged HIS sycophants to do) and tell them they ARE infringing  on our Right – do NOT allow them to use euphemisms to get around the black and white Letter of the LaW

So, by THEIR rules which are meant to keep modern sporting rifles (and trying to do so now with pistols) out of our hands simply because they use semi-automatic technology that self load the next round into the chamber awaiting for the next pull of the trigger, how can this be called that phony name “assault weapon”: 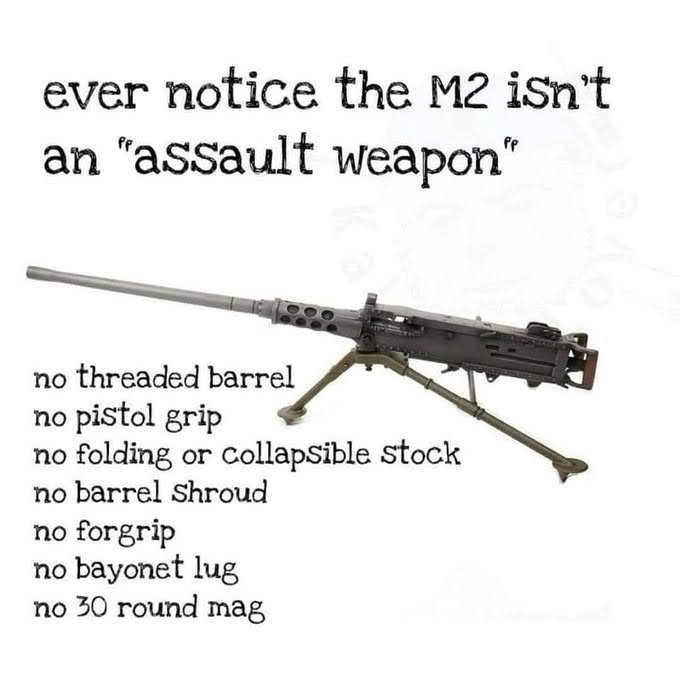 All those things that Anti-Gun Grabbers list as being part of an “assault weapon” say MUST BE PRESENT – aren’t. Not a single one. So, change (heh!) my mind…(heh!  heh!)

(H/T: The Truth About Guns)