Karoline Leavitt, who is running for U.S. Congress in District 1 in New Hampshire, issued a statement today standing up for parents across New Hampshire.  If she were to win the Republican primary, she would face off with Congressman Chris Pappas. 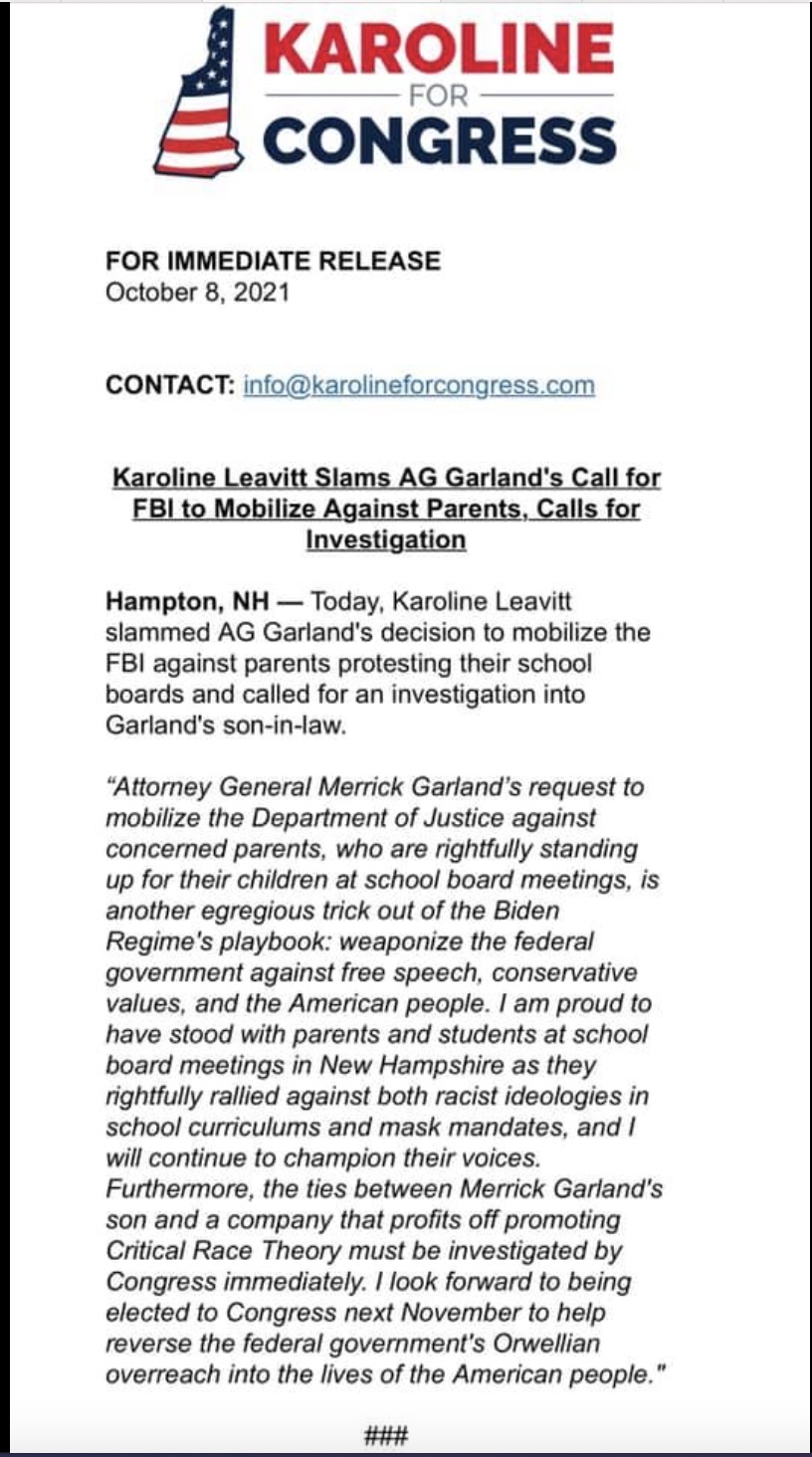 U.S. Attorney Merrick Garland issued a memorandum attacking parents who dared to dispute the destructive Critical Race Theory and other issues in plaguing their public schools.

I have been warning parents about the psychological profiling going on in their schools under the Social and Emotional Learning fad that has swept across America. Today there was another article published explaining how Garland’s son-in-law profits off of data-mining your child’s mental health information. You can read my article here and the other from the Daily Wire here.

I called upon Governor Sununu to denounce this blatant attempt to silence parents as they fight for their public schools. So far I’ve heard nothing from him. As candidates begin to campaign, ask them if they’ve made a public denouncement like Karoline Leavitt.

If you happen to see Karoline campaigning, make sure you thank her for speaking up for parents who want the best for their children.

Parents across New Hampshire are finally speaking up and we need to support that. Parents should never resort to violence or threats. They are seeing their public schools self-destruct with this kind of radical indoctrination. They can and should make a logical argument to abandon this path, and put the focus back on academic achievement.

If there is a problem, we support LOCAL law enforcement to handle the situation.

As a parental rights advocate, I’m seeing passionate and even sometimes loud parents who are frustrated and angry. They have a right to their emotions, and their elected board members should be listening.

I sense this will backfire on the Feds! Parents are demanding excellence from their public schools, and we can now see who is with us and who is against us.

Note: This is not a candidate endorsement by GraniteGrok.com.