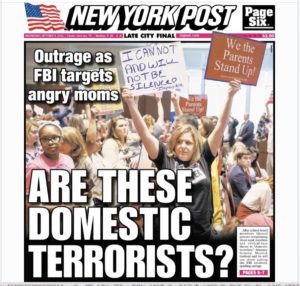 Today I’m calling on Governor Chris Sununu to respond to the outrageous acts by the U.S. Attorney General, Merrick Garland, as he tries to intimidate parents exercising their first amendment rights!  Even the Missouri Attorney General Slammed the DOJ’s School ‘Harassment’ Memo as An Attempt To ‘Muzzle And Intimidate Parents’

Xan Tanner, son-in-law of Merrick Garland is the founder and president of Panorama Education. Panorama is an EdTech company pushing all of the federal fads in education including Social and Emotional Learning (SEL) along with Equity and Inclusion. SEL is about data mining mental health information on your children, and Diversity and Inclusion is oftentimes a front for Critical Race Theory propaganda.

Violence or threats of violence in any setting should not be tolerated. However, we have local law enforcement who are there to protect and serve the community. It is outrageous that the FBI is being weaponized against parents attending school board meetings.

Are they angry? YES

Are they frustrated? YES

WHY? Because parents are seeing their individual rights stripped away from them when it comes to medical decisions for their children. They see administrators and board members who’ve replaced academics with radical political indoctrination that promotes discrimination. Let’s make it clear that their voices need to be heard and respected.

It’s THEIR children and THEIR money paying for these schools.

Good parents in New Hampshire need to know that the Governor has their back. They need to know that this kind of federal intimidation will not be tolerated. If there is any cause for concern, we have local law enforcement that can handle the situation.

We need leadership right now from Concord. We need our Governor to make the distinction that this kind of intimidation will not be tolerated. Local law enforcement can protect and serve in our own communities, and we can respect and support parents who are fighting for their public schools and their children.

I encourage parents to continue speaking up at their local school board meetings. Use logic, facts and information to make your case. If they aren’t listening, work to replace them. Don’t be intimidated by the heavy hand of the Feds.  Your best argument is one that is draped in facts and logic.

DeSantis Promises to Defend Parents at School Board Meetings Against DOJ

After the Department of Justice announced Monday that it would direct the FBI to mobilize against parents who speak out at school boards, citing “threats of violence” and “efforts to intimidate,” Florida Gov. Ron DeSantis promised that the state would defend parents.

DeSantis tweeted Tuesday that “Attorney General Garland is weaponizing the DOJ by using the FBI to pursue concerned parents and silence them through intimidation. Florida will defend the free speech rights of its citizens and will not allow federal agents to squelch dissent.”

According to Townhall, DeSantis’ office later released a statement saying that Florida law already prohibits harassment and that state law enforcement is “perfectly capable of responding to crimes in Florida, and we have never heard the FBI suggest otherwise.”

Republicans blasted Attorney General Merrick Garland on Tuesday after he directed the FBI to pursue law-abiding Critical Race Theory (CRT) opponents in order to “protect” school administrators and staff, citing concerns of a “disturbing spike in harassment, intimidation, and threats of violence” without citing specific cases. 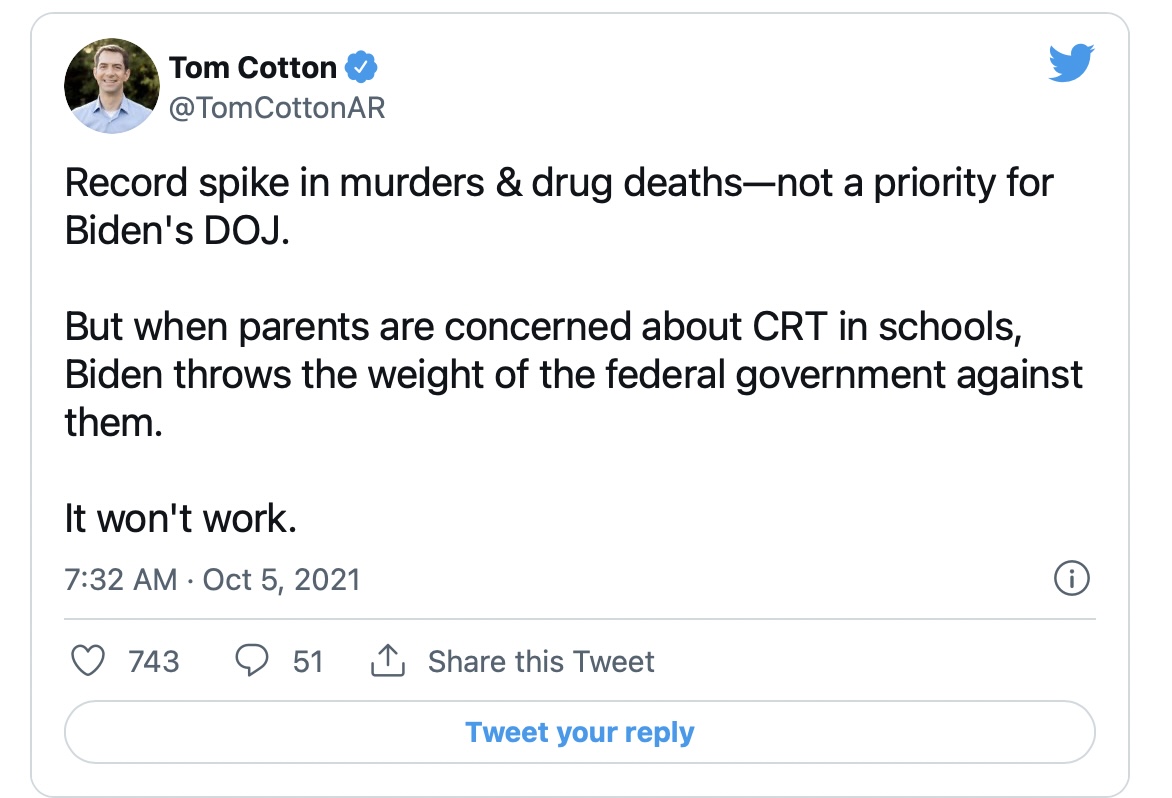