My hands were full of equipment which is why I don’t have a video of that.

The meeting was to be held in the Merrimack Valley High School gymnasium. There was a sign pointing the way to a corridor which, upon peering down it, opened up to the gym.

Oh, I forgot to start off with, it was a crowd of 50 of us, unmasked, that started to swoop in and were met by a janitor wearing a black mask, arms outstretched in an attempt to block anyone from passing him, sternly telling us all that unless we put on masks we could go to the cafeteria and watch the Livestream of the proceedings – or leave the building.

With NH State Rep Jose Cambrils (R-Loudon, and BOY does he have a personal story to tell about Liberty!) acting as the lead blocker for a kick return, well, it kinda looked like this without the knockdown:

While the janitor kept saying “You can’t go in there without a mask!”, Jose kept telling him that he had NO authority to stop anyone. He was right – a janitor is a janitor and is not an enforcement dude for anyone or anything even if a Principal, Superintendent, or School Board Chair says otherwise.

Just before I reached him, I said “I’m Press,” he said “I don’t care,” and Jose said, “That’s a fight you REALLY don’t want!”  And Jose was right – he didn’t want this fight and with so many people just ignoring him, he was one frustrated dude (“what do you mean, nobody’s listening to me!?!?!?!?!?!”). People just kept on going – as well they should and he gave up.

They’ve had it with these School Board Karens that have let a little power go to their heads and think they are Kings and Queens – and they aren’t standing for it anymore.

We all piled into the gym waiting for the meeting to start. There were a few masked people in the gym. A few Mask Karens called out in disgust – closest to the door – they were ignored as well.  All of us headed further down to another set of bleachers and I started to quickly set up my equipment.

Yeah, this following meme ain’t the reality with the Merrimack Valley School District – never is when a little martinet decides she’s a kinglet instead of an elected representative. 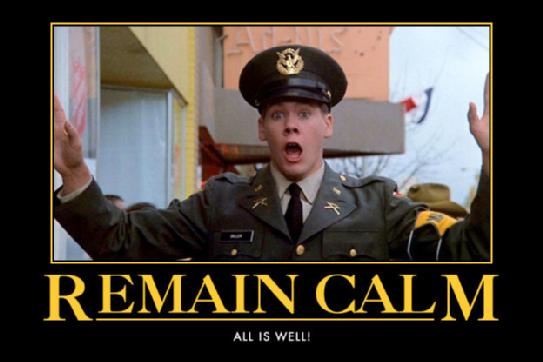 So Rule #2 is coming up and THAT I do have on video.

And in case you are wondering who the emails are: