In a Hudson Ohio High School, students were given writing prompts (642 Prompt Book) that angered parents. Not only were the parents angry, but the school board was told by the Mayor to resign, or be prosecuted.

(DO NOT miss the student at 2:00:00 talk about how she hated being exposed to sexualized content in her class, the parent at 2:04:37 talk about how it’s pedophilia and grooming,  2:15:55 the Mayor tells the board: RESIGN or you WILL BE CHARGED because a judge confirmed child pornography)

I have been wondering why teachers have not been prosecuted for sexualizing the students in their class when they’ve been caught assigning x-rated and inappropriate materials to children.

There is a movement among parents to put cameras in the classroom and require teachers to post their curriculum so that the community can see it. We need transparency NOW.

I’ve been concerned about cameras in the classroom because good teachers sometimes defy their administrators who want to dumb down the classroom. So for those teachers, cameras would prevent them from improving the garbage they’ve been instructed to teach. On the other hand, parents have had it. They have lost trust in a system that continues to abuse their children academically, socially, and emotionally. I now have to support parents in their call for cameras in the classroom.

PARENTS, if you are one of those people who continually question, monitor, and expose what is going on in the classroom: THANK YOU!!

Thank you to the fighters I’ve worked with, and continue to work with. It is you, who truly care about public education. The teachers who push this garbage on kids are destroying their profession, public education, and the children they are supposed to educate.

Teachers who go to work, do a good job, and care about your students: THANK YOU. I’m sorry you are caught in the wildfire, but rather than see this abuse aimed at children, something has to be done.

The students were told NOT to take the book home…….because these child abusers (and that’s what they should be called) do not want parents to see this garbage.

The writing prompts included:
Explain a time when you wanted to orgasm but couldn’t 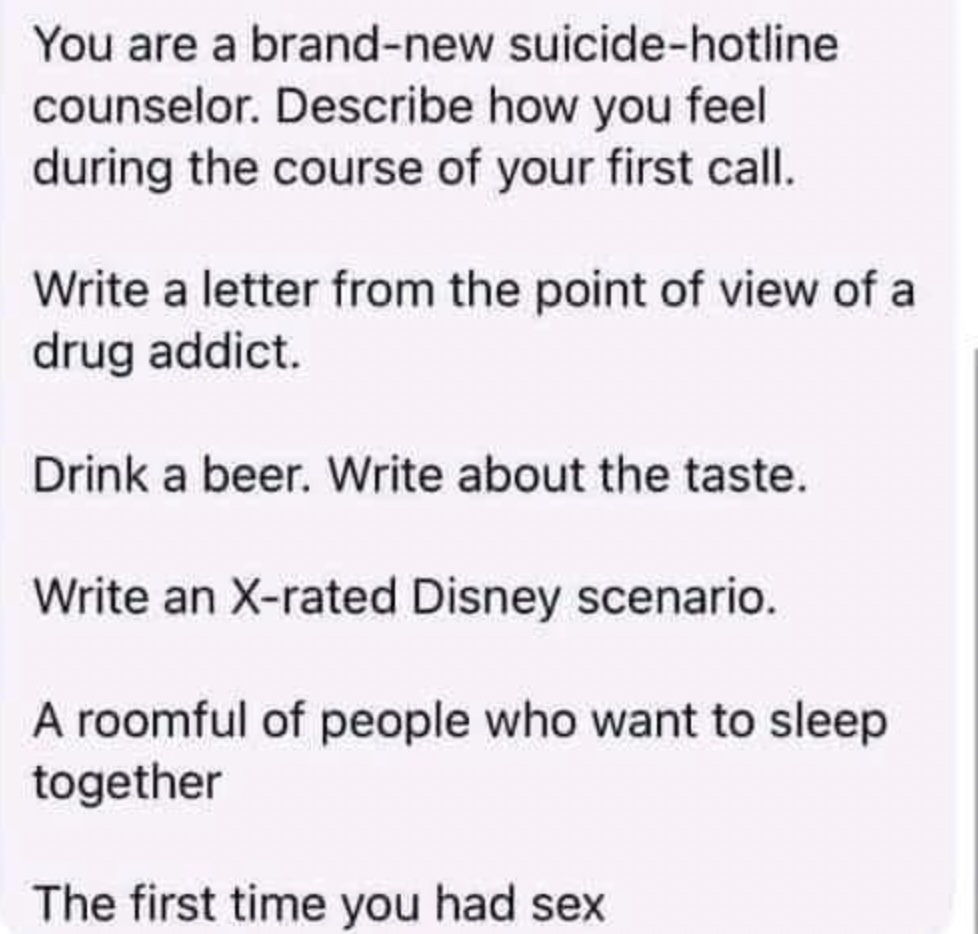 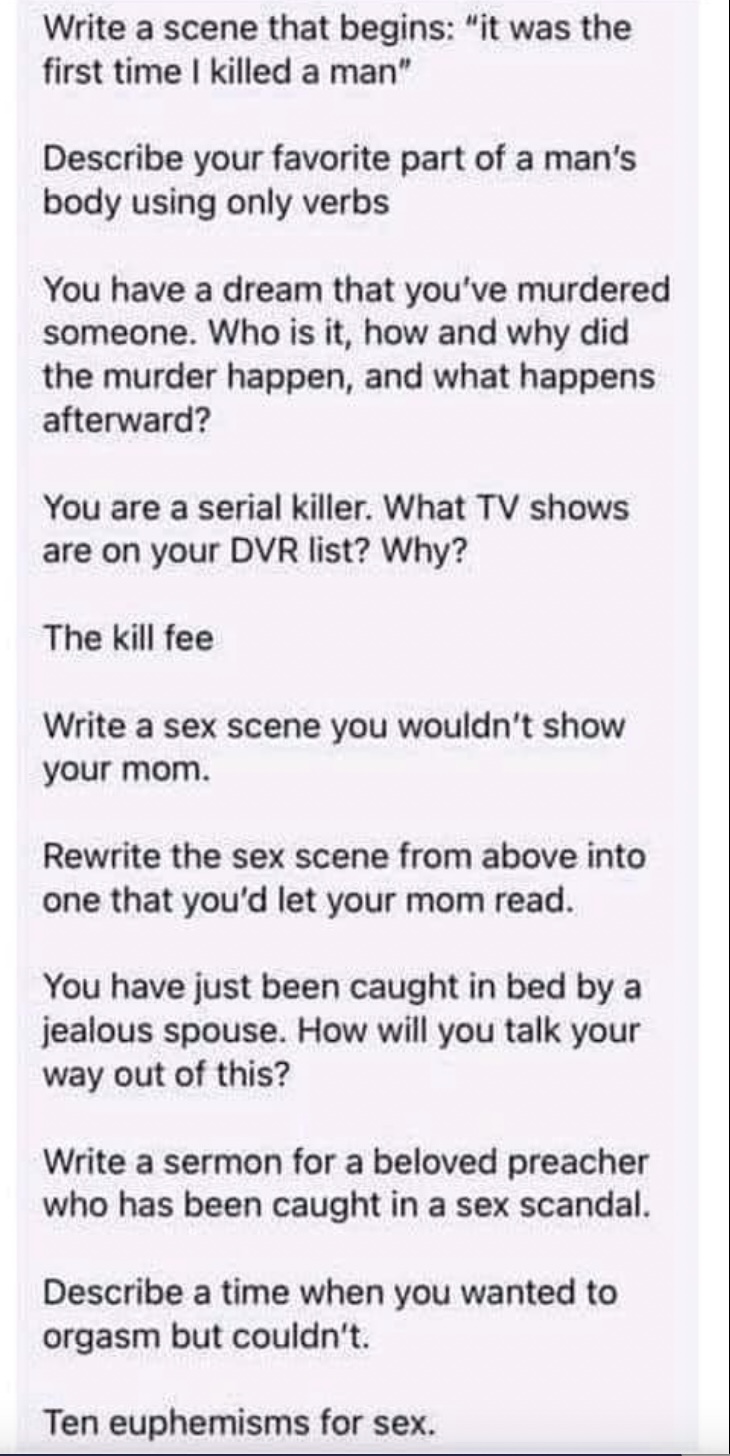 If you want to listen to an interview with a parent of a student, listen to Bob Frantz’s radio show at minute 23.

If any parents in New Hampshire find political, sexual, Critical Race Theory, etc. agenda in your child’s classroom, feel free to contact me. I will keep your identity confidential and we will figure out how to address it.