Gilmanton Parents Want to Know What 2Revolutions Is and Why It Is in Their Schools? - Granite Grok
Skip to content

They use the design process to develop their own solutions and then offer knowledge and experience to help change the process. If that seems vague, that’s a typical response. Much of this change was never part of what parents wanted for their children, from what I have seen.  Instead, 2Revolutions seems more like an organization to implement fads that do nothing to help improve academic achievement.

According to the Board Chair in Gilmanton, NH, there was a need to address parents about why the district decided to use 2Revolutions.

Adam Mini, Board Chair, explained below why 2Revolutions would be utilized within the school as “consultants.” Mini said, This work specifically was targeted around professional development for the staff to participate in defining the profile of a successful learner and what methods are they using to achieve those goals.

The next phase was a community involvement phase where the community also participates in the process to define what a successful learner looks like to the parents and community of Gilmanton.” This leads one to question why a consulting firm is needed within the district when they employ professionals who should manage these tasks. 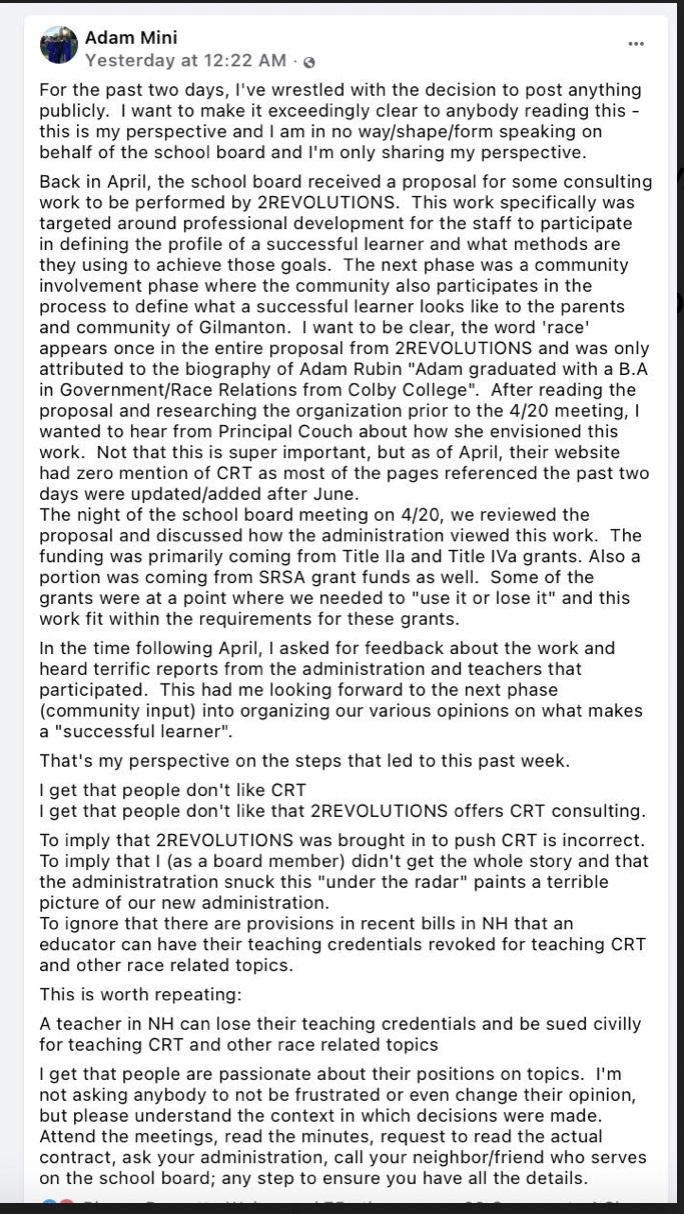 Mini then includes links to board minutes and a statement by 2Revolutions and their involvement with Gilmanton: 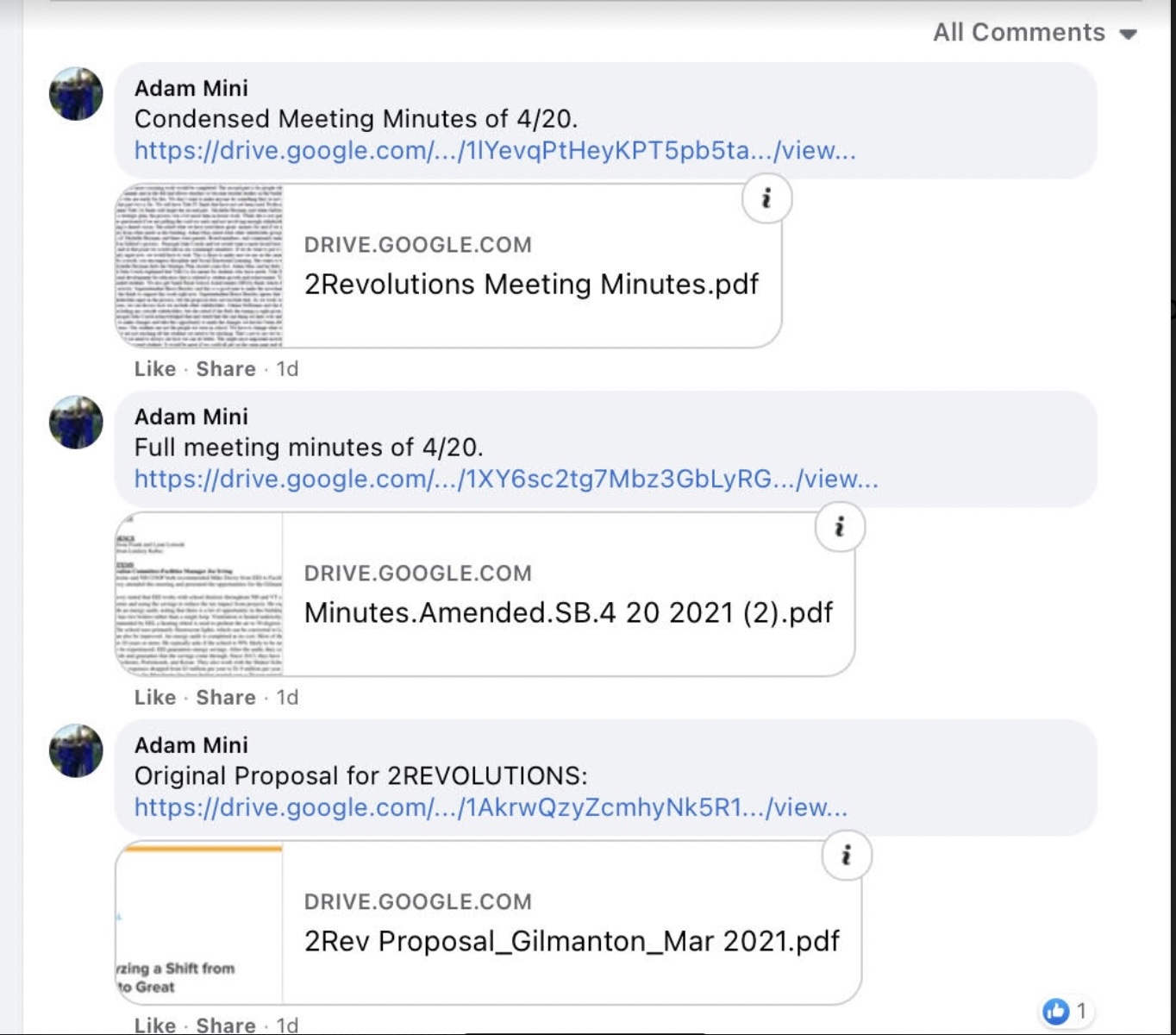 I think it’s important first to acknowledge Mini’s willingness to post this information for the public to review. Transparency is always important in any school district. We’ve seen enough school administrators and board members who refuse to make information available in the same way. Mini should be thanked.

2Revolutions have been under a great deal of scrutiny in SAU16 because of their Critical Race Theory Agenda. Knowing that 2Revolutions and SAU16 have teamed up has made parents in other districts concerned that their children will be exposed to this radical worldview of shame, hatred, and prejudice. They are right to be concerned.

A parent in the district replied to Mini’s post questioning the logic behind the need for 2Revolutions as a consulting partner: It appears that Mini is trying to separate the district from the radical racist ideology put forth by 2Revolutions. That’s good. I would hope that they wouldn’t want to push this radical, divisive agenda on the staff or children. But one has to ask, why would Principal Couch need a consultant to drive an agenda within the school?

2Rev claims that they are social change agents. Did parents agree to the indoctrination of this radical worldview?

In this article from National Review, the author brings up the role of teachers as social change agents:

“Statist politicians get a lot of zealous support for their plans for an “economic reset” from young Americans. Many teachers and professors view themselves as change agents who need to inculcate socialist notions into the minds of their students. They’ve been alarmingly successful.”

What does 2Revolutions have in store for teachers and students in Gilmanton? From what it looks like, not much in terms of academic excellence.

Scroll through the report by 2Revolutions for Gilmanton. It’s a prescription that parents never asked for. It’s a plan that no one in the community requested. It’s the antithesis of local control.  For instance, there is a push for student-centered learning. But what does that mean for your children?

Student-centered learning can mean a few things, like time spent learning from a computer or software vendor. It’s a great way to profit from the technology industry, but is more screen time good for your kids? It can also mean reducing the teacher into a facilitator instead of an instructor.

Parents report that their kids are doing too much group work, and children are teaching each other instead of the teacher instructing students. This has been known to create chaos in the classroom. Advanced students end up doing the work for those who do not want to put in the effort, and there is a reduction in learning and actual academic content. These are fads that have been around a long time but with little or no results that show any improvement in academic achievement.

In this scientific study, Why Minimal Guidance During Instruction Does Not Work: An Analysis of the Failure of Constructivist, Discovery, Problem-Based, Experiential, and Inquiry-Based Teaching, there is evidence that guided instruction improves academic achievement.

Evidence for the superiority of guided instruction is explained in the context of our knowledge of human cognitive architecture, expert-novice differences, and cognitive load. Although unguided or minimally guided instructional approaches are trendy and intuitively appealing, the point is made that these approaches ignore both the structures that constitute human cognitive architecture and evidence from empirical studies over the past half-century that consistently indicate that minimally guided instruction is less effective and less efficient than instructional approaches that place a strong emphasis on the guidance of the student learning process.

The move away from teacher-centered instruction should be backed up by scientific evidence from 2Revolutions, but I suspect you won’t find that in any presentation. These are the kinds of questions that should be put forth by school board members when doing any analysis on hired consultants. I work with many teachers around the state who verify the enormous amount of money wasted on consultants who offer them nothing of substance.

That’s what parents were presented with by SAU16 a few months ago, a presentation by the Superintendent and the 2Rev consultant. As parents watched the presentation, they were dumbfounded that the discussion did not center on improving academic outcomes. Instead, they were left wondering exactly what they were getting for the money spent. Many called it snake oil.

Paul Peterson in Education Next goes a step further and exposes the fad of student-centered learning.  This article was written in 2011, so you can see how these fads are carried forward despite evidence that students perform better under the guidance of a good teacher.

Here are the problems that arise from minimally guided instruction:

So why don’t we trust the teachers to figure out how best to teach the students in the classroom? Aren’t they the professionals you hired and paid? If something isn’t working well, they need to be under no obligation to consultants and continue using a teaching method that doesn’t work well for the students in their classroom.

Private schools, who do not have the budget to spend on consultants, figure out the best teaching methods and listen to parent feedback. Will parents be dismissed if this doesn’t work well for their children? It sure makes it harder to change up methods if consultants are involved.

2Rev’s suggested methods appear to defy child cognitive behavior. Without any supporting evidence of long-term, independent, and peer-reviewed studies that show that their involvement improves academic achievement, why have they been called in to run the school? If you look at this plan, it looks like they will run the school versus the Principal, staff, parents, and school board members.

School administrators need to be questioned when they suggest consultants be utilized in the district. Much of this work can and should be done by the stakeholders because they are closest to the situation. If district administrators cannot perform some of these easier tasks with the involvement of the board and parents, then maybe you need to question their ability to lead. 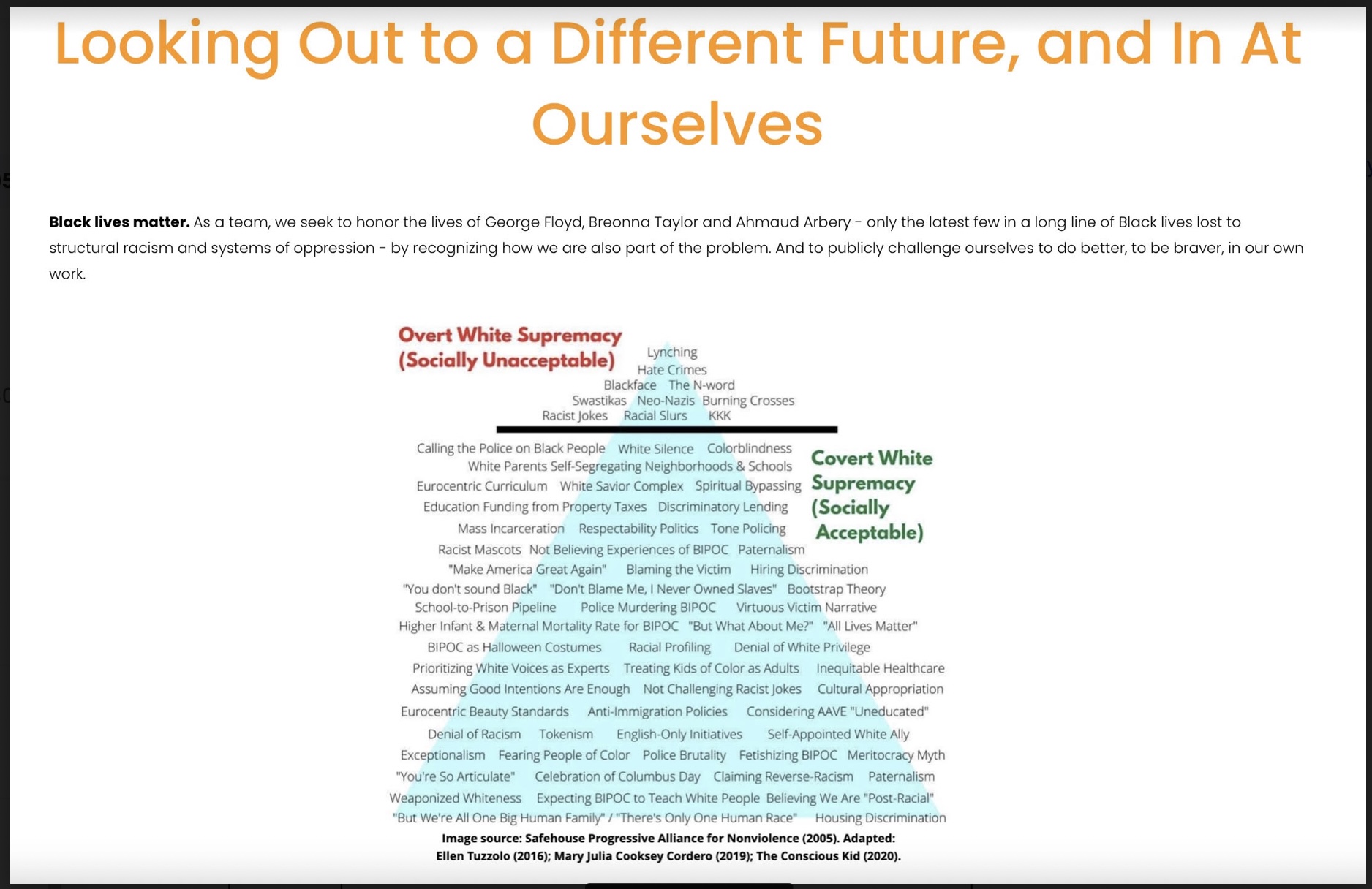 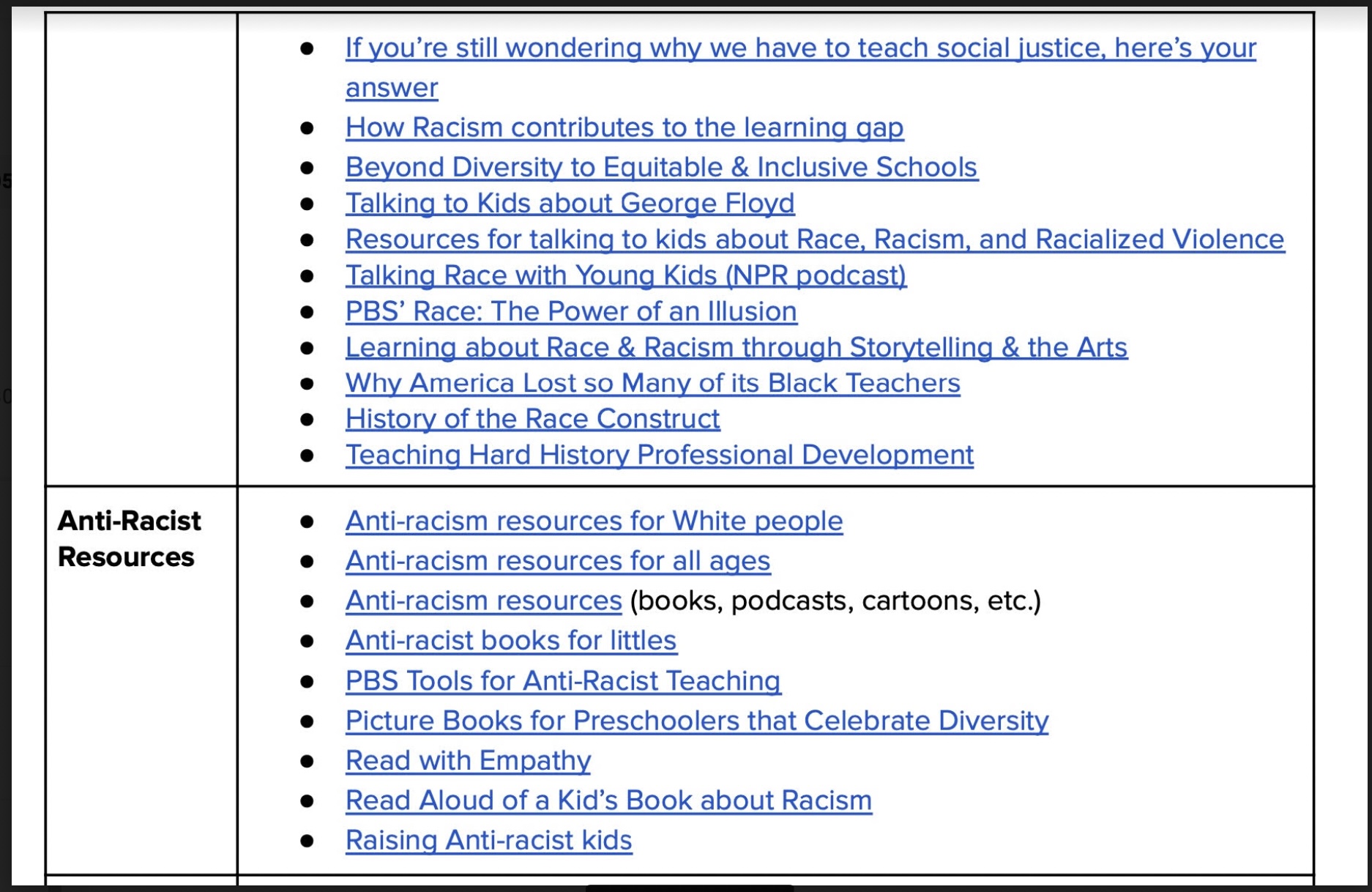 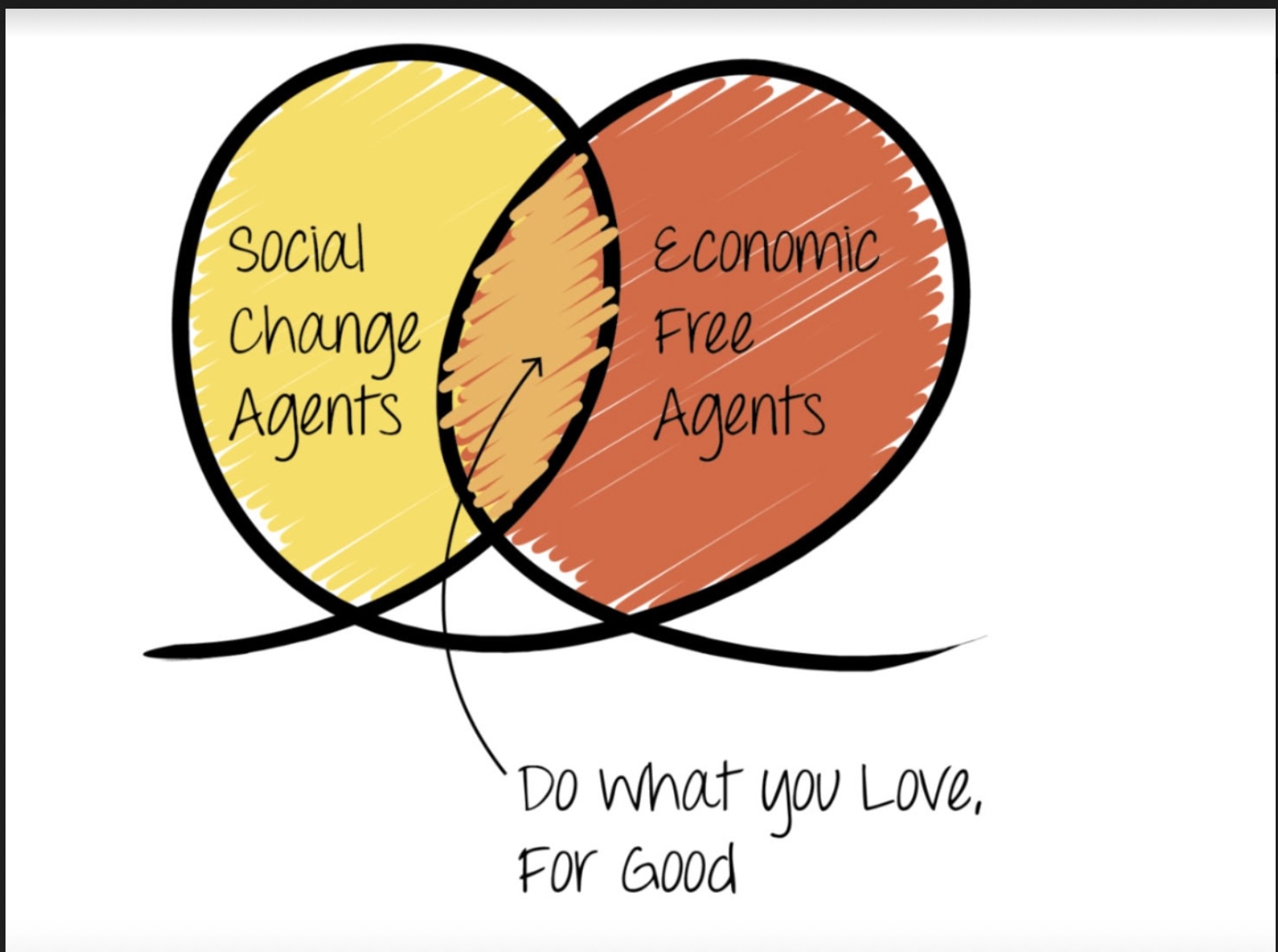 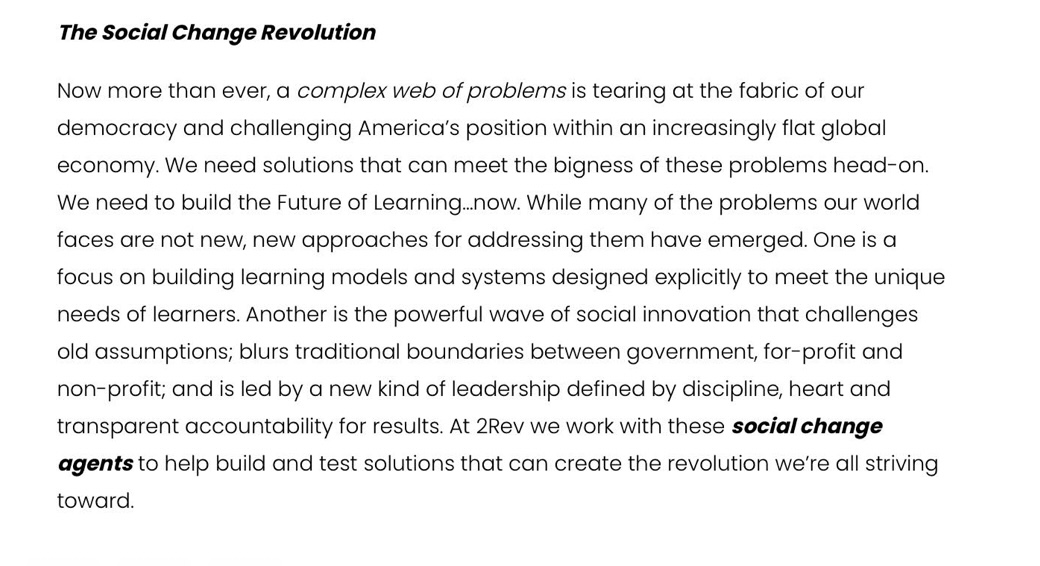