Sensing that free staters, libertarians, and conservatives have taken permanent control of the state, many progressives have been moving to better states over the past few months. But the highest-profile name was Democratic Senate Leader and Gubernatorial nominee, Dan Feltes, who announced in October that he is moving to Iowa with his family.

Feltes was seen as a rising star in the Democrat movement, but Dictator Sununu beat him in 2020 by a whopping 62% to 33% margin. Last week, Rep. Denny Ruprecht announced that he is resigning his position in the State House and moving to Vermont. 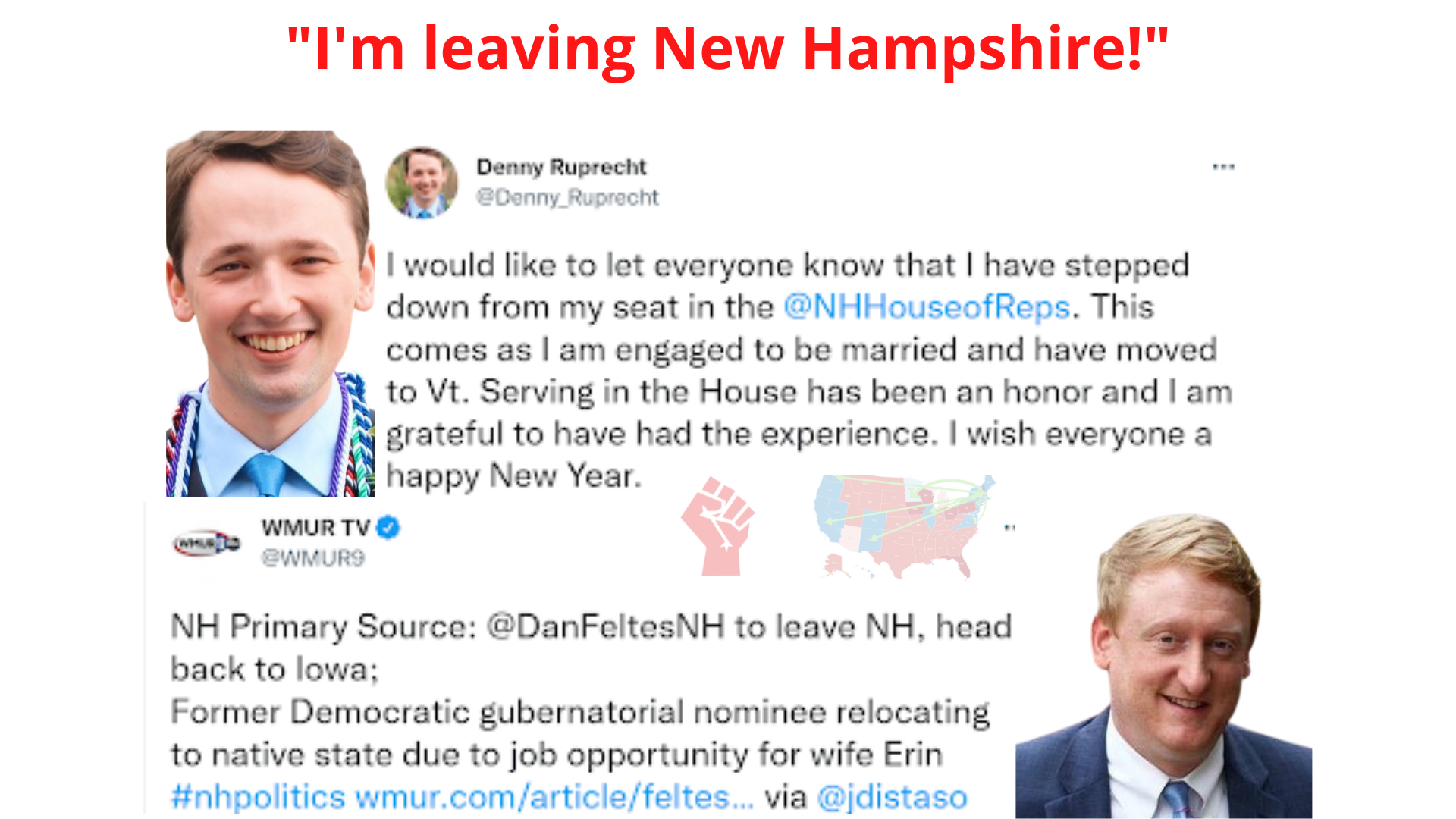 As anti-government activists who embody the antithesis of progressivism continue to take over New Hampshire, we can expect to see many more prominent Democrats leaving the state.

Send Communications or Press Releases for consideration
to editor@granitegrok.com. Submission is not a guarantee of publication.