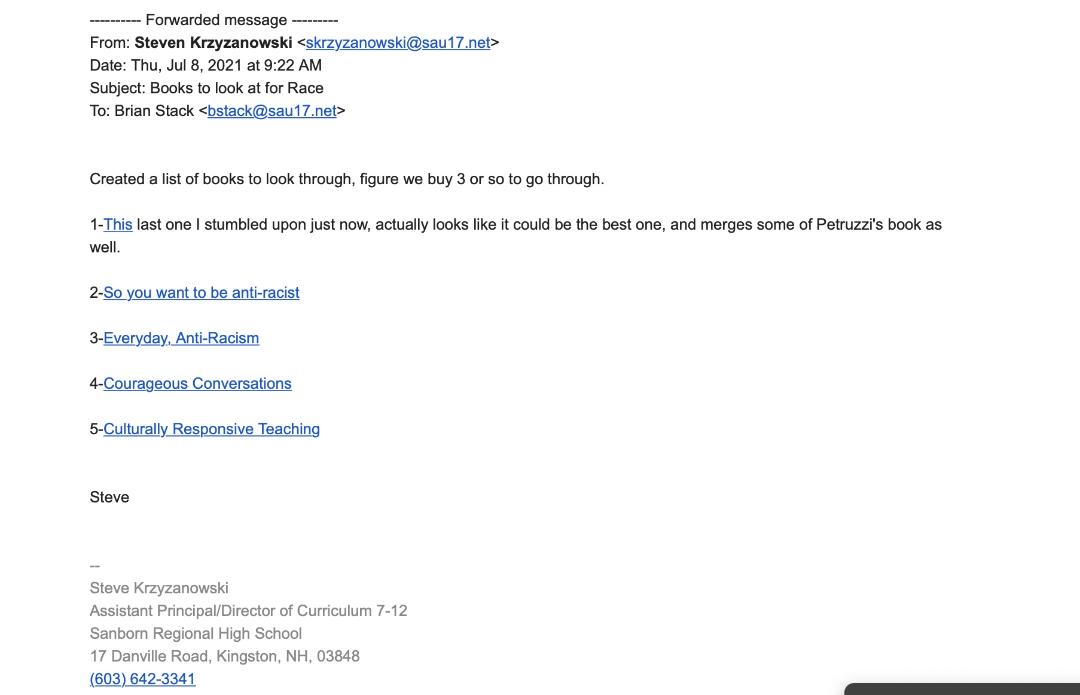 When you click on #2  it takes you here:  So You Want To Talk About Race written by Ijeoma Oluo.

How does Oluo describe white men? In this article,

“White men believe that greatness and prosperity are coming despite the realities of their financial situation or career, she says. But when the paycheck doesn’t come, white men often blame women and people of color for taking it away.”

So You Want to Talk about Race, author Ijeoma Oluo argues that white supremacy is deeply entrenched in American culture.

“Right now white manhood is on a suicide mission,” Ijeoma Oluo writes in her newest book, Mediocre: The Dangerous Legacy of White Male America. “It is standing at the edge of disaster with a gun in its hands, and it’s willing to take us all down with it.”

In Mediocre, Oluo (author of the bestselling 2018 book So You Want to Talk About Race) chronicles how white men, using genocide and enslavement to lubricate their prosperity and ease, have structured the United States to serve and buttress their sense of entitled superiority at the expense of everybody else. Patriarchal white supremacist terrorism inflicted on people of color, as well as toxic masculine control of women, have been “baked into” the fabric of the United States, Oluo argues.

Like other authors and speakers who are pushing a radicalized narrative on race relations, you get the distinct impression that her views of white people are that they are all racists and white supremacists. This is an example of prejudice and stereotyping by race.

So what is Sanborn’s Assistant Principal trying to convey to the staff? Here is what the Principal, Brian Stack messaged back to the staff: 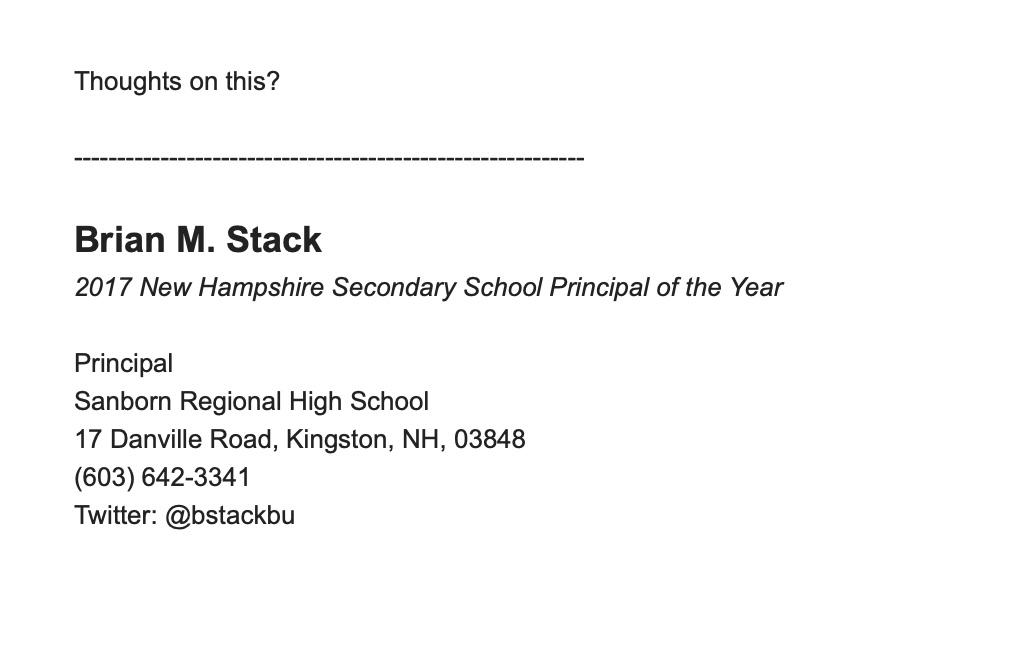 What does he expect the staff to say? They couldn’t even respond to their message in an honest way. They had to reach out to me in order to make transparent what they are doing behind closed doors.  The staff doesn’t even feel comfortable speaking honestly about prejudice and stereotyping aimed at them.

Anyone working in a school district knows that you go along so you do not become a target. I keep names and identities confidential when teachers or staff members contact me with this kind of information. I know their jobs are on the line, and so do they.

Now that New Hampshire has a new anti-discrimination law in place that affirms their civil rights, I’m hoping that the staff will start suing their administrators when they try to push this kind of stereotyping and prejudice on them.

What is the staff supposed to do after they are fed information that white people are inherently racist, white supremacists and that this racist journey of theirs began when they were just three years old? This heavy dose of shaming their staff for the color of their skin is by definition, racist. This appears to be a violation of their civil rights which was affirmed in the anti-discrimination law. Yes, the staff has equal protection under the law regardless of what a Principal or Assistant Principal thinks.

If this agenda of prejudice is then taken to students in Sanborn, what does that mean for children? Will they also be shamed for the color of their skin? That’s what is happening in Exeter. The district spent money on a book for Middle School children that is full of shame and blame aimed at children born with white skin.

How does this kind of shame placed on children impact them psychologically? According to Dr. Gary Thompson Phd. Child Psychologist, it can have devastating and even deadly results.

I don’t know exactly where Krzyzanowski and Stack planned to go after the staff read these books. Normally it’s a setup for bringing this radical worldview into the classroom. A radical worldview that is full of shame and blame placed on the backs of children. Hopefully, by exposing all of this, district administrators will think of a different way to approach racial issues and promote unity among the races instead of division and hate.

His message of peace and justice has been overrun by those peddling stereotyping, prejudice, and hate. That was not missed by the staff members or those who are taking a deeper look at those who continue to push this narrative.

Expect better from the people you hire to educate your children. This is a volatile time where the people in charge of our schools and in charge of our children need to make sure that they are not harming future generations. If they cannot get this right, they need to be replaced by people who can. Love trumps hate.